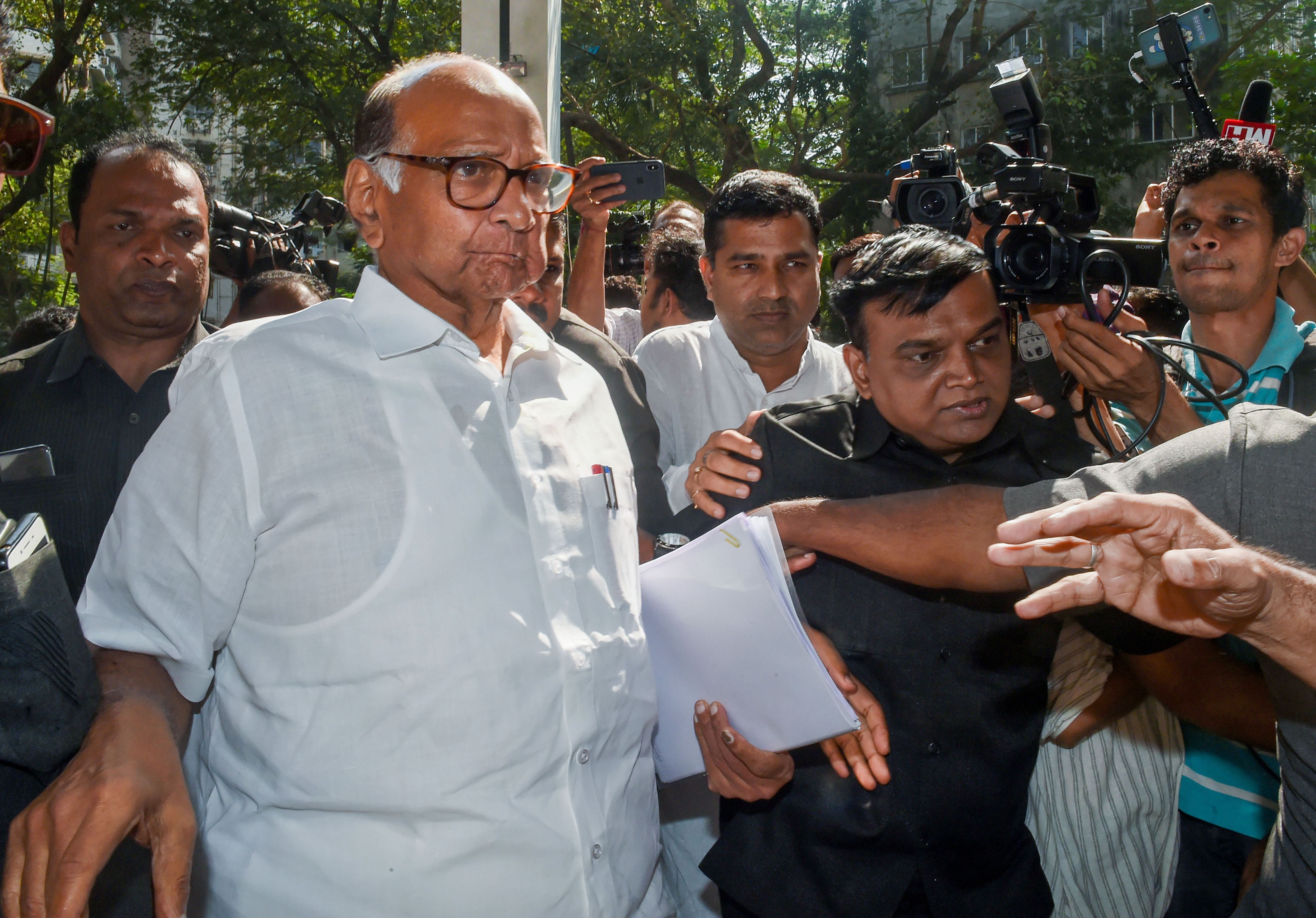 NCP president Sharad Pawar on Saturday said the decision of his nephew Ajit Pawar to join hands with the BJP to form a government in Maharashtra was an act of indiscipline and attracts provisions of anti-defection law.

Pawar was addressing a joint press conference with Shiv Sena chief Uddhav Thackeray in Mumbai after BJP’s Devendra Fadnavis was sworn in as the state chief minister and NCP's Ajit Pawar as his deputy in an early morning coup on Saturday..

'Ajit Pawar's decision is an act of indiscipline. No NCP worker is in favour of the NCP-BJP government. NCP MLAs who support the BJP should know this move attracts provisions of anti-defection law,' he said, adding 10-11 MLAs had gone with Ajit to the Raj Bhavan.

Whenever elections are held in the constituencies of these legislators, Congress-NCP and Shiv Sena would unitedly defeat them, he added.

He said the 54 newly-elected legislators of the NCP had signed a paper along with their names and constituencies for internal purpose and these signatures may have been misused as letter of support and submitted to the governor.

'If this is true, the governor has also been misled,' Pawar said, adding that the paper may have been taken by Ajit Pawar as the leader of the legislature party.

He said the MLAs were taken to the Raj Bhavan for oath-taking without their knowledge, adding that they have contacted him and informed how they were misled.

Three such legislators, including Rajendra Shingane from Buldhana and Sandeep Kshirsagar from Beed, were present at the press conference.

They said they were called to party leader Dhananjay Munde's house at 7 am and from there were taken in a car to Raj Bhavan.

Pawar said no action would be taken against those who unknowingly went to Raj bhavan for the swearing-in ceremony and were back in the party fold.

The NCP chief asserted that the Congress-NCP-Sena alliance was still together and that they will 'form the government'.

NCP legislature party meeting would be held later in the day to elect the new leader.

On the issue of action against Ajit Pawar, the former Union minister said that it is not just his decision to make and the same would be taken by the disciplinary committee.

Uddhav Thackeray, who was sitting alongside Pawar at the press conference, said, 'Earlier the EVM khel (game) was going on and now this is new khel. From here onwards, I don't think elections are even needed. It is a repeated game by the BJP in every state.'

'Everyone knows what Chhatrapati Shivaji Maharaj did when betrayed and attacked from the back,' he said, adding that Sena workers will foil all attempts to poach party MLAs.