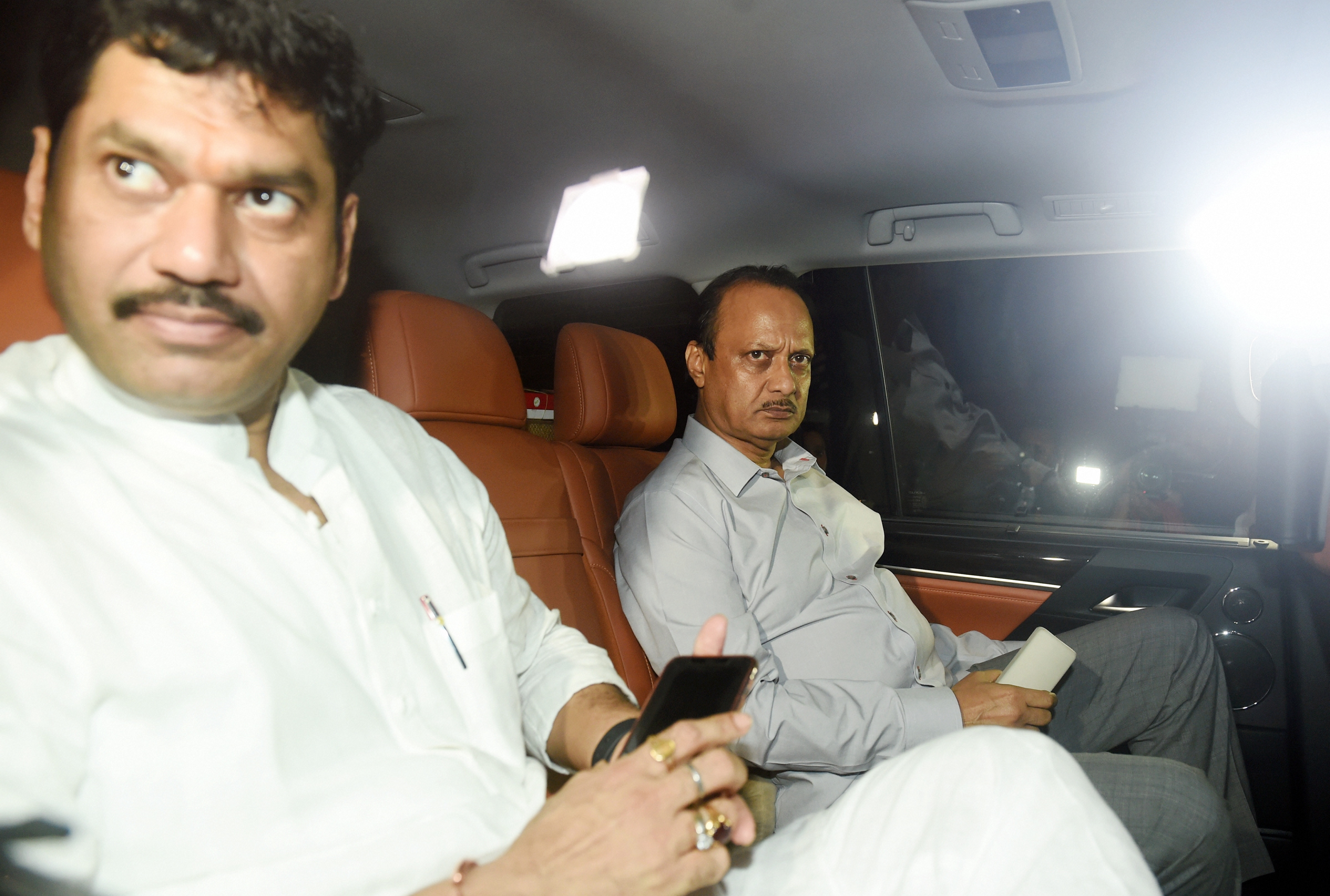 The news has come at a time government formation in Maharashtra has ended up as long tale of political twists and turns two weeks after the declaration of state Assembly poll results.

The BJP, which tried to form a government in the beginning with Devendra Fadnavis as chief minister, had to back-track in the absence of support from its long-time ally, the Shiv Sena.

Today, for a long time it steadily looked like the NCP, Sena and the congress would form a government, but the Congress has made the Sena wait as it consults its leaders and ally NCP.

'We will be meeting governor Koshyari,' said Pawar, who was accompanied by Maharashtra NCP chief Jayant Patil and senior party leader Chhagan Bhujbal.

'We will hold discussion with the Congress based on the letter the governor will give us.... We will then take a final decision (on steps to be taken) tomorrow,' NCP leader Nawab Malik said.

The Sena, which withdrew its central minister from the BJP government in Delhi earlier in the day, suffered a setback of sorts in the evening when the Congress announced it wanted more time to hold talks with the NCP on supporting the Uddhav Thackeray-led party. To add to it's troubles, the governor refused to give the Sena 48 hours more to cobble together an alliance.