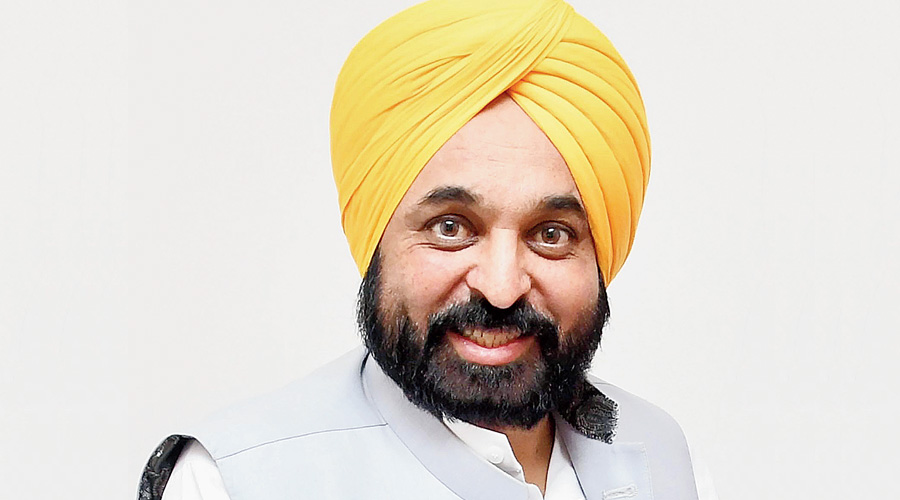 Punjab Chief Minister Bhagwant Mann on Wednesday assured complete backing to the Army's Agnipath recruitment drives after the force's zonal office said it will recommend its headquarters to "hold in abeyance" its recruitment rallies, citing lack of support from local authorities.

"We are constrained to bring to your kind attention that the support from the local civil administration is vacillating with no clear-cut commitments. They are usually citing their inadequacies due to lack of directions from the state government at Chandigarh or lack of funds," Army's Jalandhar Cantt zonal recruitment officer had written to Punjab Chief Secretary V K Janjua and Principal Secretary (Employment Generation) Kumar Rahul.

"We are now thus compelled to bring to your kind notice that unless clear-cut commitments are not received in writing on issues raised, we would be taking up case with Army Headquarters to hold in abeyance all future recruitment rallies and procedures in the state of Punjab, alternately conduct rallies in neighbouring states," the letter said.

Reacting to the development, the Punjab chief minister on Wednesday tweeted that all deputy commissioners have been directed to provide complete support to the Army authorities for recruitment drives.

All Deputy commissioners were directed to provide complete support to Army Authorities
for recruitment of Agniveers in Punjab.
Any laxity shall be viewed seriously.
Every effort will be made to recruit maximum number of candidates in to army from the state. pic.twitter.com/KKDZW9OJoR

"Any laxity shall be viewed seriously," the CM tweeted, adding that every effort will be made to ensure that the maximum number of candidates are selected from the state.

Meanwhile, state Finance Minister Harpal Singh Cheema replying to a question on the Army's letter to the state government said the issue is not in his knowledge.

He said people from Punjab had been getting recruited into the Army.

"But we opposed the 'Agniveer' scheme earlier also and we are opposing it even today," said Cheema.

The Army's zonal officer earlier in the letter had said the support from the local administration for recruitment rallies under the Agnipath scheme is "vacillating".

The officer asserted that the assistance from the local civil administration is an inescapable requirement to conduct an incident free and successful recruitment rally.

The letter had said there was a need for police assistance for law and order, security, crowd control and essential barricading to enable controlled and smooth entry of candidates to the rally ground.

It had also said cited the need for medical support during the drive besides basic amenities of rain shelters, water, mobile portable toilets and food for prospective candidates.

The Centre had recently unveiled the Agnipath scheme for the recruitment of the youth aged between 17 and a half and 21 in the Army, Navy and the Air Force, largely on a four-year short-term contractual basis.

The youth recruited under the scheme will be known as "Agniveers". After the completion of the four-year tenure, 25 per cent of the recruits from each batch will be offered regular service.