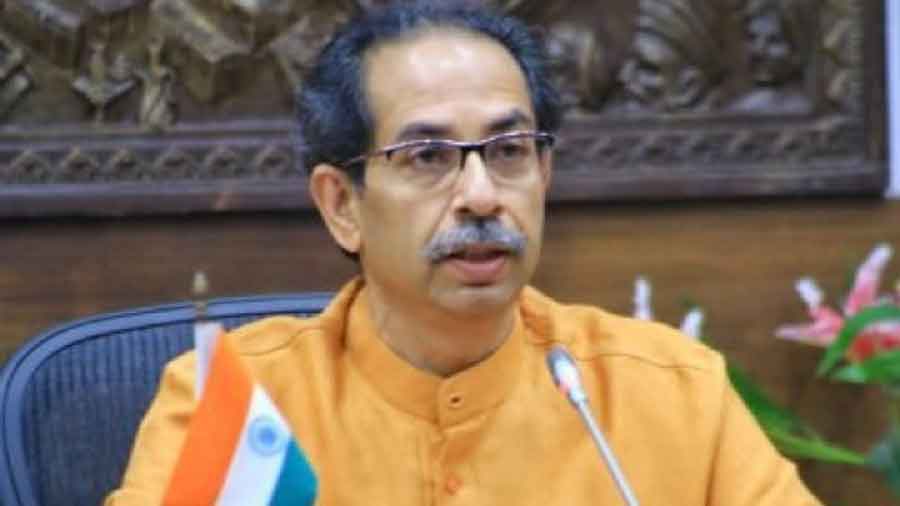 The Uddhav Thackeray faction of Shiv Sena has given a list of three names and symbols for the upcoming by-election in Mumbai's Andheri East, sources in the Election Commission said, reports ndtv.com

Both Uddhav Thackeray and Eknath Shinde are meeting party leaders today. The former held the meeting at 12 pm and the latter will do so at 7 pm.

The Election Commission on Saturday barred the Shiv Sena factions, led by Uddhav Thackeray and Eknath Shinde, from using the party's 'bow and arrow' symbol in the upcoming elections.

The decision comes four months after Shinde took away the Shiv Sena numbers in the Maharashtra assembly to replace Thackeray as Chief Minister.

As per the poll body's interim order, both groups will now have to choose new names. They shall be allotted different symbols, which they may choose from the list of free symbols available.

Both the faction will now have to use a different name and symbol in the upcoming bye-election in Mumbai's Andheri East.

Thackeray-led Shiv Sena on Saturday termed the Election Commission's order barring both the Thackeray and Eknath Shinde factions from using the party name and election symbol in the coming Andheri East Assembly bypoll as "injustice".

The group led by Shinde, on the other hand, termed the EC order appropriate.

"The poll body should have holistically taken a decision rather than passing an interim decision for the bypoll, said Ambadas Danve, Leader of the Opposition in Maharashtra Legislative Council," a Thackeray loyalist.

"This is injustice," he told PTI.

Shiv Sena leader and former minister Aaditya Thackeray on Saturday lashed out at the rebel Sena leaders after the EC order.

"Khokewale" traitors committed this shameless and vile act of freezing the name Shiv Sena and symbol", he tweeted, adding that the people of Maharashtra would not tolerate it.

"We will fight and win. We are on the side of the truth. Satyamev Jayate!" he said in the Marathi tweet.

Aaditya and other leaders of the Uddhav Thackeray faction have been accusing the rebels led by CM Shinde of committing treachery for the lure of "khoke" or boxes of cash.

The November 3 bypoll to the Andheri East constituency in suburban Mumbai is the first electoral test for the Thackeray group after the split in the party in June this year, leading to the fall of the Uddhav Thackeray-led government.

Interestingly, the upcoming contest is between the Thackeray-led faction and BJP. The Shinde group is not contesting.

The EC asked both groups to suggest by Monday three name choices for their groups, and also as many free symbols.

Chandrakant Khaire, former MP and another leader from the Thackeray camp, attacked the rival faction led by Shinde and said whoever has done this cannot undo the "sin" they have committed.

Prataprao Jadhav, an MP from the Shinde camp, said the EC has taken the right decision.

Uddhav Thackeray discarded the ideology of Sena founder Bal Thackeray and formed an alliance with the Congress and Nationalist Congress Party, he said.

The interim order came on Saturday on the Shinde faction's request seeking it be allocated the symbol as the Andheri East assembly bypoll is approaching.

"The Commission is duty bound to ensure that all electoral steps of the bye-election are free of any confusion and contradiction and thus its next step are necessarily agnostic to the possibility of either of the faction participating in the poll," the interim order said.

The rival factions had approached the Commission after the split in the Shiv Sena ranks in June, claiming to be the 'real Shiv Sena'.

The Bharatiya Janata Party (BJP), an ally of the Shinde faction, has decided to field Murji Patel, a corporator in the Brihanmumbai Municipal Corporation, for the bypoll necessitated due to the death of incumbent Sena MLA Ramesh Latke.

The Congress and the NCP have decided to support the late Latke's wife Rujuta Latke, the candidate of the Thackeray faction of the Shiv Sena, their coalition partner in the Maharashtra Vikas Aghadi (MVA).

The Commission had earlier asked the rival groups to submit documentary proof on legislative and organisational support by August 8 to back their claims.

The deadline was extended to October 7 after the request of the Thackeray faction. On October 4, the Shinde faction had moved the Election Commission seeking the allocation of the bow and arrow poll symbol in view of the Andheri East assembly by-election that was notified on Friday.