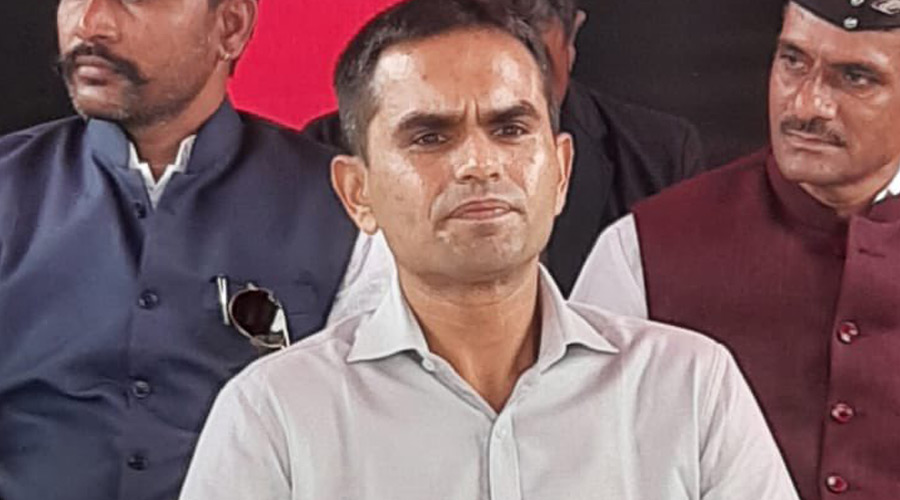 Former Mumbai zonal director of the Narcotics Control Bureau (NCB) Sameer Wankhede on Sunday filed a complaint of defamation against former cabinet minister Nawab Malik, based on which the city police registered a case against the latter, an official said.

Wankhede lodged the complaint in the wake of getting a clean chit from the Mumbai district caste certificate verification committee of the Maharashtra Social Justice Department. He was being probed for allegedly submitting a fake caste certificate for getting a government job.

Malik, a Nationalist Congress Party (NCP) leader, had alleged that Wankhede had submitted fake caste certificate to get a government job.

"Police on Sunday registered an FIR against Nawab Malik for defamation on the complaint lodged by Sameer Wankhede. The former NCB officer approached Goregaon police station and lodged the complaint against Malik, who is behind bars in an alleged money laundering case," the official said.

The district caste certificate verification committee in its order on Friday had said that the Indian Revenue Service (IRS) officer was not a Muslim by birth and it has been proven that he belonged to Mahar caste, which is a Scheduled Caste (SC).

Complaints filed by Malik and others regarding the caste claim of Wankhede and regarding the religion of the caste certificate are not substantiated, following which complaints are being rejected due to lack of the facts in the complaint, the caste committee's order had stated.

After receiving the committee's order, Wankhede went to the police station and filed the complaint against Malik following which an FIR under Indian Penal Code (IPC) sections 500 (punishment for defamation), 501 (printing or engraving matter known to be defamatory) and under the Scheduled Castes and the Scheduled Tribes (Prevention of Atrocities) Act was registered against the politician, he said.

"Goregaon divisional ACP will probe the case," he said.

Wankhede had come into limelight following the high-profile October, 2021 raids by the NCB on a Mumbai cruise after which the agency had arrested Aryan Khan, son of actor Shah Rukh Khan, and 19 others and claimed to have seized some narcotics too. The NCB had later given a clean chit to Aryan Khan.