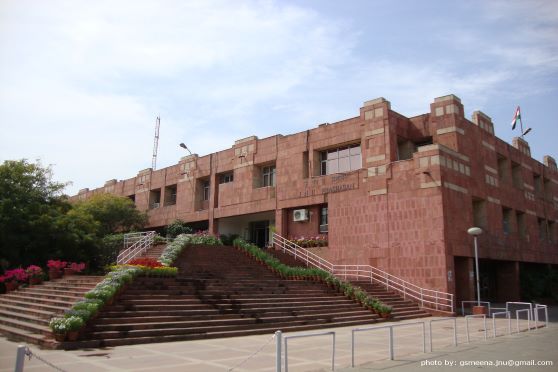 Around 30 members of the Akhil Bharatiya Vidyarthi Parishad (ABVP) gathered in the Sabarmati lawn of the varsity and raised slogans against the "left organisations" and demanded good food and other amenities for hostel residents.

Meanwhile, the JNU Students' Union (JNUSU) has dismissed ABVP claims, saying the sanitisation and mess workers have been observing a strike against the administration and the student union has not prevented anyone from entering the mess area.

In a statement, the ABVP condemned what they termed as an "anti-student and anti-JNU act" by "left organisations". They alleged that stopping mess facilities has created a huge burden on students as they are left in the lurch.

"On May 5, residents of many hostels were not served breakfast and lunch because the Maoist goondas prohibited workers from entering the mess area and forcibly closed the mess. ABVP stands with workers who are crucial stakeholders of university community without whom the university cannot function," alleged ABVP.

Meanwhile, All India Central Council of Trade Unions (AICCTU) said hundreds of sanitation and mess workers of the varsity boycotted work on Thursday and continued the indefinite sit-in at the office of Dean of Students in JNU.

However, the union denied that they prevented anyone from entering the mess.

"The workers have not been paid salary for last several months. They have been holding protests. We have not prevented anyone from entering the mess," JNUSU Secretary Madhurima Kundu said.