Some student wings forced the cancellation of the university union's annual function, which was to be attended by Akhilesh 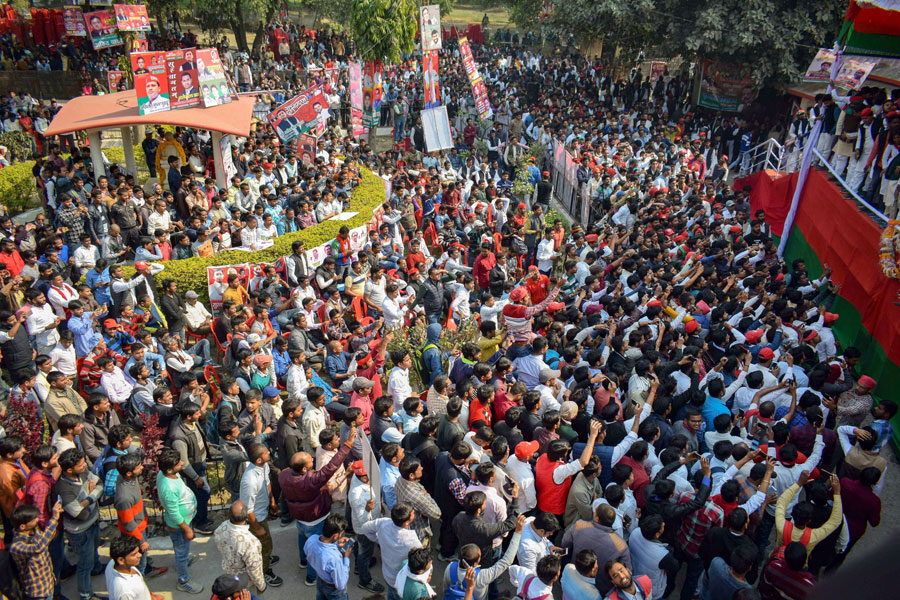 The rise of RSS student wing ABVP at Allahabad University, where the Samajwadi Party union rules the roost, snowballed into the face-off that prompted the government to stop Akhilesh Yadav from visiting the campus on Tuesday.

Proctor Ram Sewak Dubey said the annual function of the varsity students’ union, which Samajwadi president Akhilesh was to attend, had been cancelled after violence on the campus on Sunday.

“The campus was closed and all programmes had been cancelled because some student wings had been opposing the annual function of the union. Some students had opened fire and hurled bombs near the gate of the university on Sunday. Rapid Action Force personnel are still deployed at the gate,” Dubey said.

The latest trouble has erupted at a time the BJP government is taking steps to change the name to Prayagraj University, which has been vehemently opposed by the Samajwadi Party.

After the BJP came to power in Uttar Pradesh and at the Centre, the ABVP has been gaining in strength at the university, winning the union president’s post in 2017.

In the current union, the Samajwadi Kshatra Sabha’s Udai Pratap Singh Yadav is the president, while Congress wing NSUI’s Akhilesh Kumar Yadav is the vice-president. The joint secretary, Satyam Singh, is also a Kshatra Sabha member. Shivam Singh, the union general secretary, is the only ABVP representative.

The Left used to control the union before the Samajwadis gained strength. When the union election results were announced on October 6 last year, there had been violence. Many rooms at Holland Hall Hostel, including that of Udai Pratap, had been torched allegedly by ABVP members.

Udai Pratap alleged on Tuesday that the administration stopped Tuesday’s programme because the then Akhilesh government had in 2015 prevented then Gorakhpur BJP MP Adityanath from visiting Allahabad University.

“ABVP members met the VC two weeks ago and urged him to stop us from organising the programme because we had opposed their event in 2015. We had opposed Adityanath because there were cases of communal violence against him and we didn’t want such poison to spread on our campus,” said Udai Pratap.

On November 20, 2015, the then Akhilesh government had stopped Adityanath from visiting the university citing law and order issues. Stopped at the city’s borders, he had addressed the students over phone, held to the microphone by an ABVP leader.