'Oxford of the East' could become University of Prayagraj 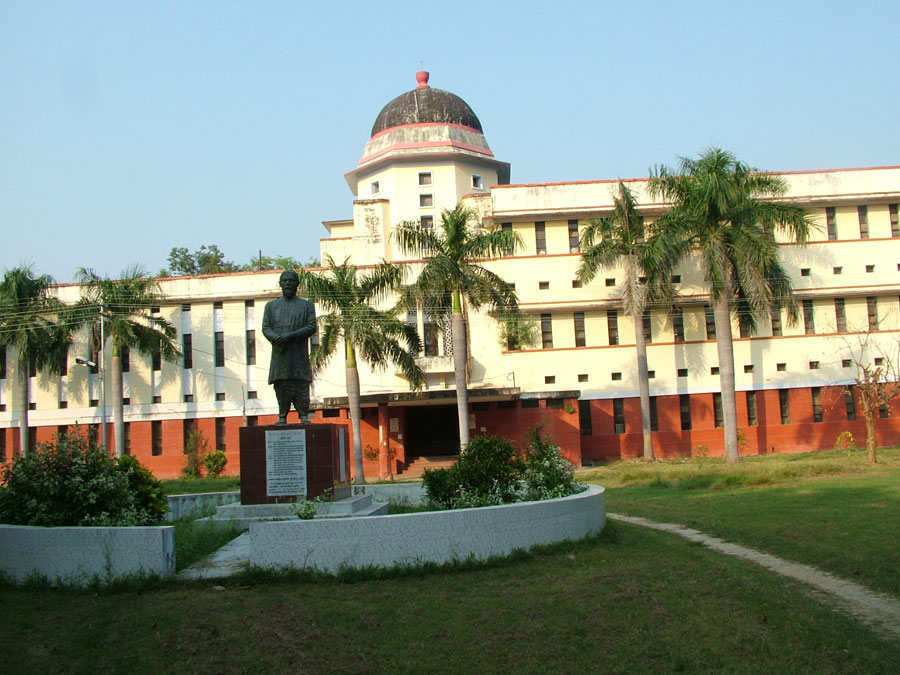 A 132-year-old university that has given the country one President, three Prime Ministers and a key figure in the Independence movement, among other luminaries, is facing a crisis — one that threatens its very identity.

A move is afoot to rechristen the University of Allahabad, known as the “Oxford of the East”, as University of Prayagraj in keeping with the district’s new name.

The Yogi Adityanath government in Uttar Pradesh, which changed the district’s name from Allahabad to Prayagraj in October, one of several changes from Islamic to Hindu names, has now targeted the university.

The BJP-ruled state’s higher education department had written to the human resource development ministry on December 20 last year, urging the ministry to amend the University of Allahabad Act so that the 132-year-old institution’s name could be changed.

The ministry has forwarded the proposal to the university but it has not responded yet, two varsity officials told The Telegraph.

At least one academic associated with the varsity reacted to the plan with outrage. Prof. Heramb Chaturvedi, an expert on medieval and modern history, said the proposal was absurd.

“Thousands of students who studied at the university have a sense of belonging to the institution. That sense will go if the name is changed. Name change is not going to help the university. What will help is support for research and infrastructure,” Prof. Chaturvedi said.

Among the thousands who have studied in the varsity were some of India’s top constitutional figures, both past and present, and a poet.

Chaturvedi said Allahabad city, situated in the heart of the Indo-Gangetic plain, was originally known as Prayag Ban. Emperor Akbar, who built a fort and a walled city in 1574, had given the name Ilabas, which was changed to Ilahabad during the time of Shahjahan. The British later called the city Allahabad, a name that stayed till the Adityanath government changed it.

The university, the fourth to be set up during British rule, had earlier followed the pattern of the University of Oxford since being established in 1887.

One Oxford pattern it followed was in the nomenclature of the doctoral degree it awarded. The varsity awarded DPhil degrees — like Oxford University — and not a PhD, a nomenclature used by Cambridge University.

The university later started awarding PhD degrees following instructions from the UGC, the higher education regulator, for the sake of uniformity in the nomenclature of degrees.

“This university is called the Oxford of the East because of its legacy. A change in name to Prayagraj will demolish its past glory,” Chaturvedi said.

He said the state government — which has also renamed Mughalsarai railway junction to Pandit Deen Dayal Upadhyaya Junction after the RSS ideologue — had no locus-standi to seek a change in the varsity’s name without discussing the proposal with university authorities.

Chaturvedi said that according to the epic Ramayan, the saint Bhardwaj had his ashram in the Gangetic plains. Bhardwaj had taken Ram to the point of confluence of the Ganga, Yamuna and the Saraswati. If the varsity’s name is changed, it should be to Bhardwaj University, he said.

A university student also disapproved of the proposal, saying the name University of Allahabad carried a certain weight and respect in the academic world which a University of Prayagraj might not.

“The change in name is unnecessary. It is being done for a political purpose,” he said.

The HRD ministry has not changed the name of any university or an IIT named after places despite the change in the name of places. When Bombay became Mumbai or Madras was renamed Chennai, the names of IIT Bombay and IIT Madras were not changed.

The university will now take the proposal to its academic council and the executive council.