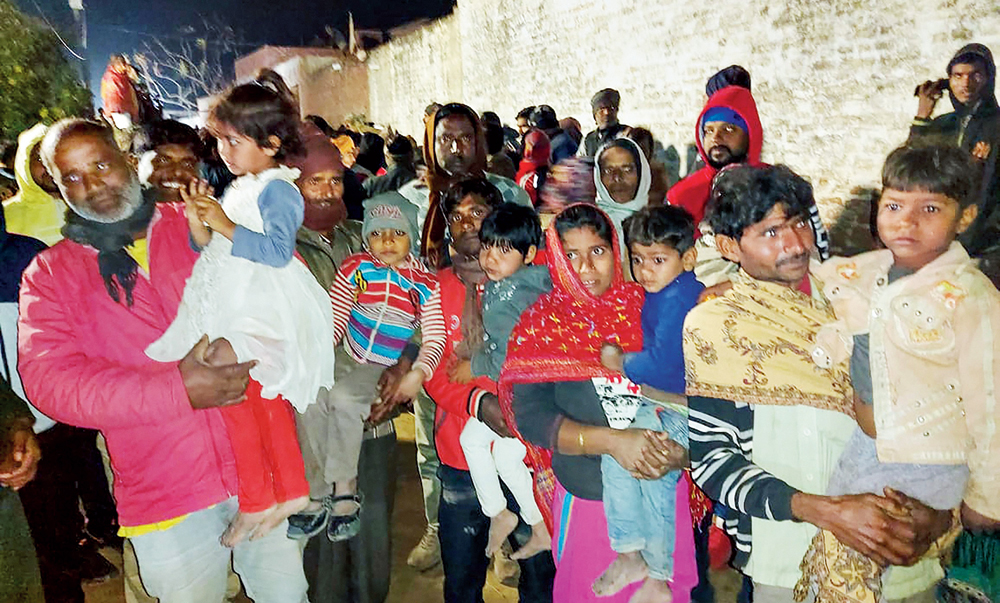 A police officer involved in the weekend rescue of nearly two dozen children taken hostage in an Uttar Pradesh village said on Monday he would take “all responsibilities” of the one-year-old girl left orphaned after cops shot dead her father to end the siege.

Kanpur range inspector-general Mohit Agarwal said he would open an account for her studies and hoped the girl becomes an IPS officer like him when she grows up.

The girl’s father, Subhash Batham, a murder accused out on bail, was shot dead on Friday as police rescued 23 kids he had taken hostage at his home in Kasaria, a village in Farrukhabad. Her mother, Ruby Katheriya, was lynched by angry parents as she tried to escape from the house, police said.

Agarwal, who was involved in the rescue operation, said he would take on “all responsibilities” for the child. “I want her to become an IPS officer like me. I am opening an account for her and will deposit money in it so that she does not have any problems with her studies,” he said.

The child is now in Farrukhabad with a woman employee in the police department and she is taking great care of her, the officer said.