8 from Bengal among injured 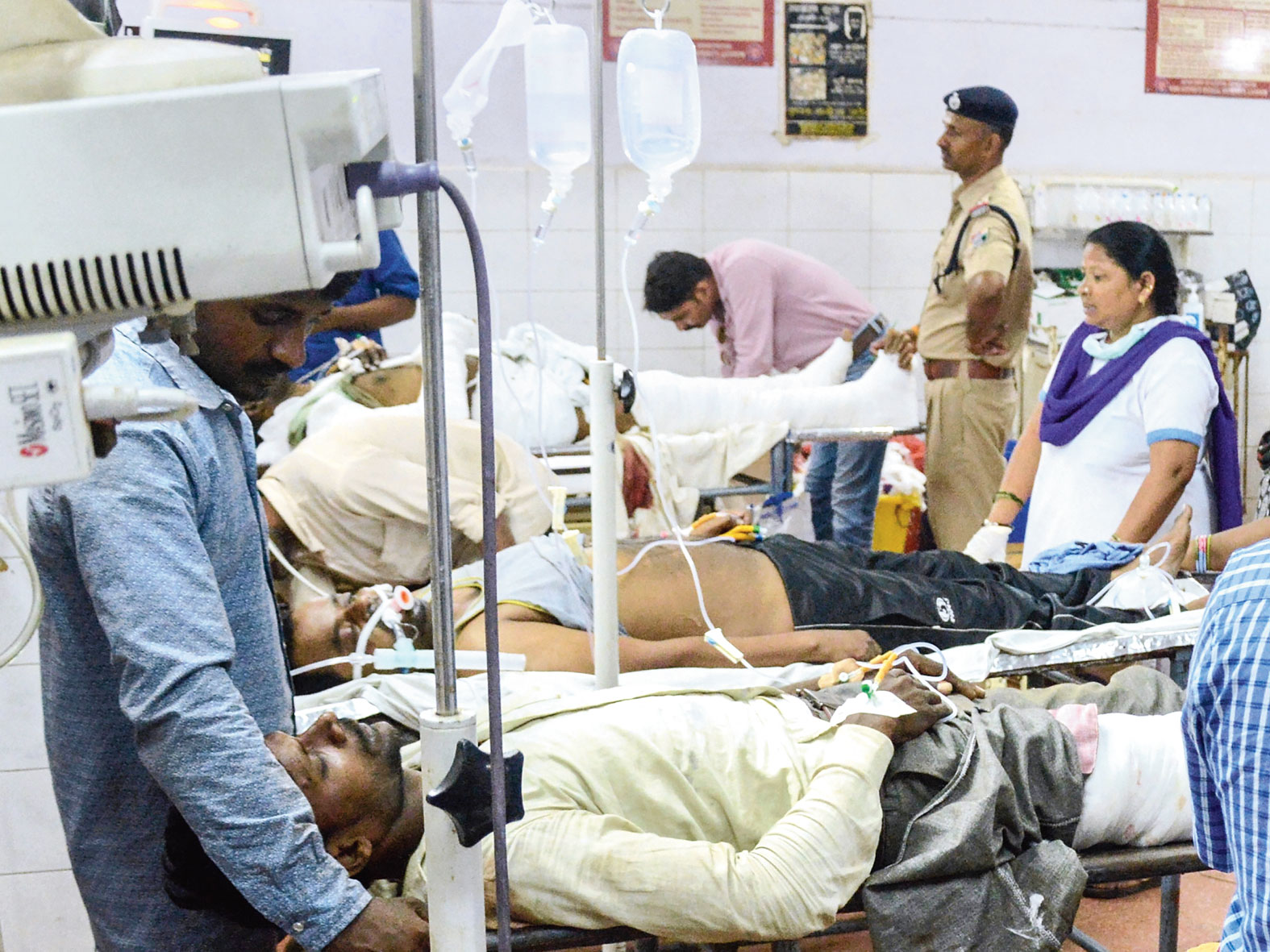 Many people turned up at Malda Town station for information on their relatives and friends after the New Farakka Express that left the station on Tuesday evening derailed in Uttar Pradesh.

None of the deceased who have been identified are from Bengal.

While some of those who came to Malda Town station were relieved to know that their relatives and friends were safe or had suffered minor injuries, some others requested railway officials to collect information about passengers who were yet to be traced.

“We have opened a helpdesk that will operate round the clock. The details we have received so far indicate that around eight Malda residents have suffered injuries. They are under treatment at hospitals in Rae Bareli. We have also provided two telephone numbers so that people can enquire about those who were on the train,” said Dilip Chauhan, the station manager of Malda Town.

According to Eastern Railway sources in Malda, the injured passengers include Salim Sheikh and Nizam Sheikh of Harishchandrapur, Chand Mondal of Kaliachak and Sariful Sheikh of Manikchak.

Sariful’s friends and relatives, who had rushed to Malda Town station, sounded relieved.

“He boarded the train on Tuesday evening. We rushed to the station after coming to know about the accident and were told that he was injured. We are, however, yet to know about the seriousness of his injuries. Some of us are planning to go to Rae Bareli soon,” said one of Sariful’s friends.

Halim Sheikh, a resident of Kamlabari village in Malda, said: “My brother Salim Sheikh had taken the train to go to Delhi where he works as a construction worker. After the accident, we have not been able to contact him on his cellphone. No information about him is available with the railways. We don’t know what to do.”

Railway officials said they were in constant touch with their counterparts in Rae Bareli. “Whatever updates we are receiving on the passengers, we are sharing them with those visiting the helpdesk,” an official said.