43 killed as fire breaks out in Delhi factory

A preliminary probe suggested that short circuit triggered the blaze 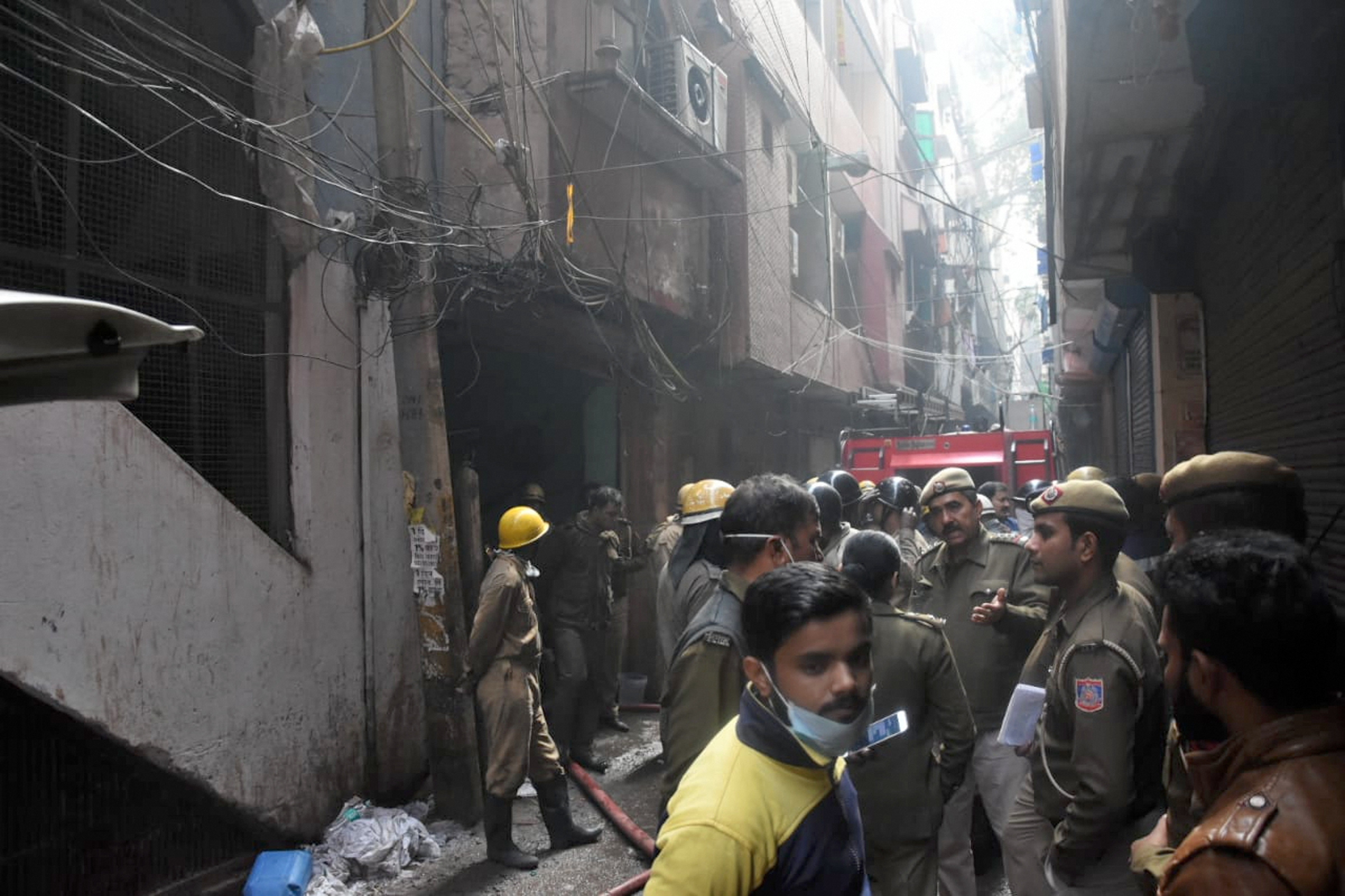 At least 43 people were killed after a massive fire broke out in a factory in Anaj Mandi area on Rani Jhansi Road on Sunday morning.

The death toll is likely to climb as many of the injured have suffered grievous injuries, according to fire and police officials.

As many as 59 people were inside the factory when the blaze broke out.

The fire was reported at 5:22am, following which 30 fire tenders were rushed to the spot.

A preliminary probe suggested that short circuit triggered the blaze.

Nearly 150 fire personnel carried out the rescue operation and pulled out 63 people from the building.

While 43 labourers died, many others were injured including two fire personnel, fire officials said.

They said none of the units had a No-Objection Certificate (NOC) from the fire department and the congested area made rescue operations difficult. Firemen had to cut window grills to access the building.

According to Delhi Fire Service director Atul Garg, the building did not have a fire clearance and no fire safety equipment was found installed on the premises.

Delhi Police on Sunday detained building owner Rehan in connection with the Anaj Mandi fire incident. He was booked by police under IPC sections 304 (culpable homicide not amounting to murder) and 285 (negligent conduct with respect to fire or combustible mat­ter).

Of the 15 injured brought to LNJP, nine people are under observation and others have partial injuries, he said.

The Delhi government on Sunday ordered a probe into the incident sought a detailed report within seven days.

The incident has so far claimed 43 lives and injured around 56 people, most labourers.

Kejriwal said that the Delhi government will give Rs 10 lakh ex-gratia to families of those killed in the fire and Rs 1 lakh to the families of the injured.

The fire in Delhi’s Anaj Mandi on Rani Jhansi Road is extremely horrific. My thoughts are with those who lost their loved ones. Wishing the injured a quick recovery. Authorities are providing all possible assistance at the site of the tragedy.

Prime Minister Narendra Modi announced a compensation of Rs 2 lakh each for the next of kin of those who have lost their lives and also approved Rs 50,000 each for those seriously injured in the fire, his office has said.

The amount will be paid from the Prime Minister National Relief Fund, the PMO said in a tweet.