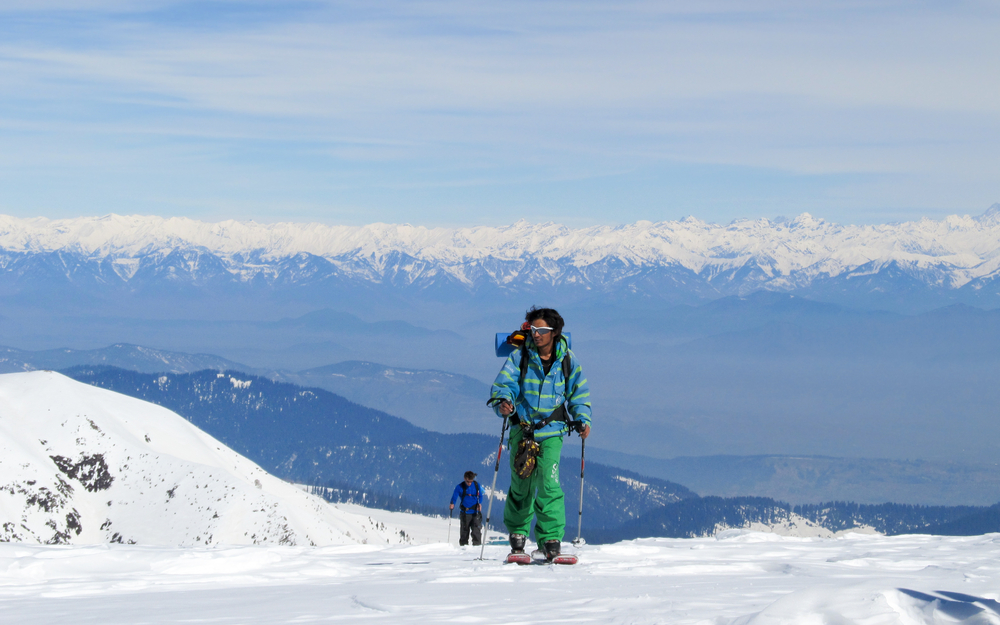 “There are more than 350 operations which have been launched around Gulmarg, including some specific-information searches inside Gulmarg town. Otherwise, as you are aware, Gulmarg has been a terrorism-free area because of tourism and other things,” said Lt General K.J.S. Dhillon
Shutterstock
Muzaffar Raina   |   Srinagar   |   Published 04.09.19, 09:58 PM

The army on Wednesday said it had conducted 350 operations in Gulmarg over the past fortnight, the large number suggesting the skiers’ paradise has been a theatre of major action between India and Pakistan away from the media’s glare.

The army’s Valley chief, Lt General K.J.S. Dhillon, said he had visited the Gulmarg sector of the Line of Control five to six times in the past 15 days, which is unprecedented.

“There are more than 350 operations which have been launched around Gulmarg, including some specific-information searches inside Gulmarg town. Otherwise, as you are aware, Gulmarg has been a terrorism-free area because of tourism and other things,” he said.

“But in the past 15-20 days, wherever we got information or even rumours, which you are speaking of, not a single thing has happened in Gulmarg,” he added.

Rumours of India-Pakistan action in Gulmarg have been rife. But it is unprecedented for the army to conduct operations on such a scale based on rumours.

Gulmarg residents claim to have witnessed “unusual” movement in the area that has led to countless night patrols, apparently in search of militants. Unconfirmed reports said the Pakistan army has conducted Border Action Team operations on some posts in the area.

“These are operational details. I can tell you one thing, no attempt whatsoever, whether BAT action or infiltration, has been successful. They have been eliminated before they came close to ambushes on the posts of the Indian Army,” the officer said.

Lt Gen. Dhillon said anyone who wants to visit Gulmarg was welcome. “Whatever rumours you are hearing, they will absolutely get addressed,” he said.

The army said Pakistan had stepped up attempts to push in militants since the August 5 decision to abrogate Jammu and Kashmir’s special status. Launch pads along the LoC were active and full of militants who were being helped by the Pakistan army to infiltrate into the state, he said.

“They will be befittingly replied to and replied in a manner where the generation to come will remember,” he said. “This has been told by the honourable defence minister; this has been told by my chief of army staff…. I again on behalf of the Indian Army can confirm to you the Pakistan army will be taught a lesson… probably better than 1971.”