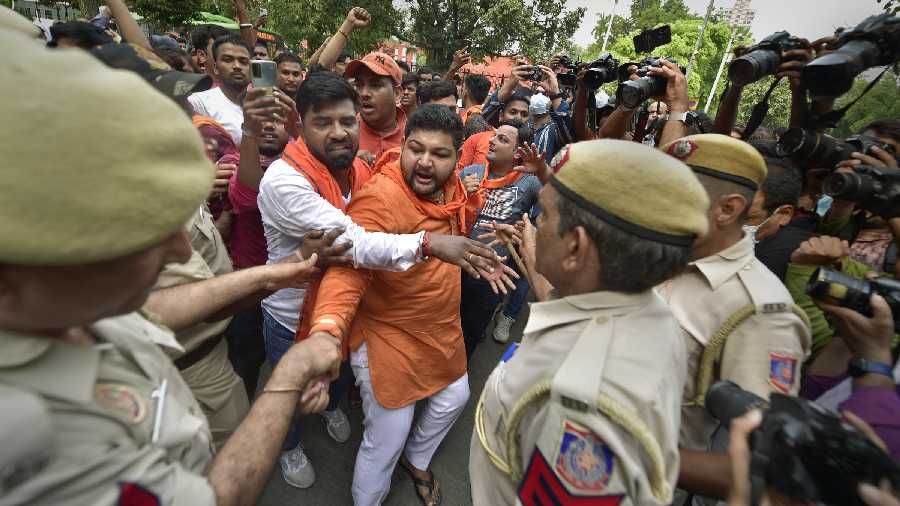 In a major reshuffle in Rajasthan, 32 IPS officers including Inspector General (IG) and Superintendent of Police (SP) of Udaipur, where a tailor was brutally killed, have been transferred, according to the state department of personnel.

Kanhaiya Lal was killed Tuesday afternoon by two cleaver-wielding men, Riaz Akhtari and Ghouse Mohammad, who posted a grisly video of the crime online claiming responsibility for the beheading .

SPs of 10 districts including Udaipur have been transferred in the list issued by the department late on Thursday night.

Udaipur IG Hinglaj Dan was removed and posted as IG civil rights. Praful Kumar, IG ATS was made the new IG of Udaipur.

At the same time, SP Udaipur Manoj Kumar was transferred to second battalion of Rajasthan Armed Constabulary (RAC) in Kota.

Vikas Kumar, who was Ajmer SP, will now take charge of the new SP in Udaipur.

Ravidutt Gaur, IG Kota, has been made the new Police Commissioner of Jodhpur.

It may be noted that communal tension erupted in Jodhpur, hometown of Chief Minister Ashok Gehlot in May.