No increase in tariff for industrial consumers, free power to the farming community to continue 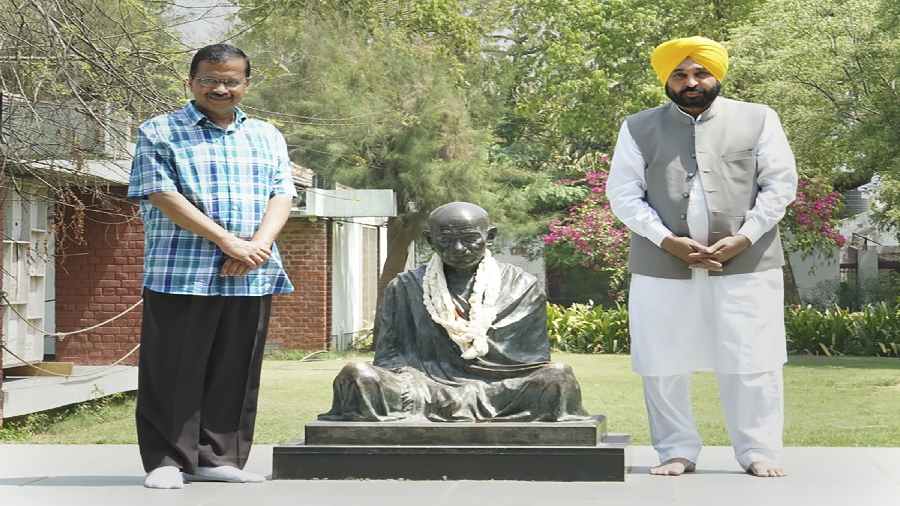 Punjab Chief Minister Bhagwant Mann on Saturday announced 300 units of free electricity each month for every household in the state from July 1.

Addressing a gathering at an event in Chandigarh, he also said there would be no increase in the electricity tariff for industrial consumers while free power to the farming community will continue.

"From July 1, each household in Punjab will get free electricity of 300 units per month," the chief minister said. The state's information and public relations department had put out advertisements with the announcement in various newspapers that came out on Saturday morning.

This was one of the major poll promises of the Aam Aadmi Party during the Punjab assembly election. The party's national convener Arvind Kejriwal had promised free electricity of up to 300 units for the state in June last year.

Chief Minister Mann had on Thursday said in Jalandhar that "good news" would be announced on April 16.

Mann had met Delhi Chief Minister Kejriwal in the national capital on Tuesday to discuss the modalities of providing free electricity for up to 300 units in Punjab.

The Delhi chief minister had also met senior officials of Punjab, including chief secretary Anirudh Tewari, to discuss the issue of free electricity.

Congress MLA Sukhpal Singh Khaira asked Mann why free electricity would be provided from July month only and whether power consumers will have to pay the full bill if their consumption exceeds 300 units.

The Bholath MLA, in a tweet, said, "I welcome Bhagwant Mann for fulfilling his promise of 300 units of free electricity but why wait till 1st July? Is there an issue of fiscal management? And please clarify if the bill is 301 units will the consumers be charged the full bill? Lastly any move to do away with tubewell subsidy?"

Punjab Congress chief Amarinder Singh Raja Warring tweeted, "Bhagwant Mann Ji, the Proof of the pudding is in the eating... The truthfulness of your 300 unit free power will be tested in detail and the conditions attached to it... Best of luck to PSPCL who have to survive now, somehow."

Punjab: 300 units of free power for all homes