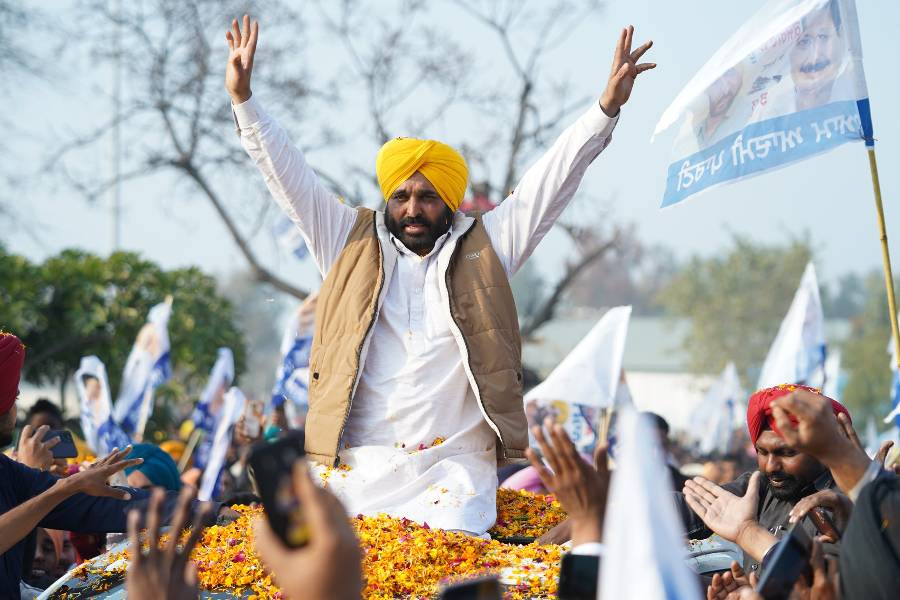 The Bhagwant Mann-led AAP government in Punjab announced 300 units of free electricity to households from July 1.

The announcement was made in advertisements published by the state's information and public relations department in various newspapers on Saturday.

It was related to a 30-day report card of the AAP government in Punjab. A formal announcement is expected to be made later on Saturday.

Chief Minister Bhagwant Mann had on Thursday said in Jalandhar that "good news" would be announced on April 16.

Providing free electricity to every household for up to 300 units was one of the major promises made by AAP in the run-up to the Punjab Assembly polls.

At the time, AAP convener and Delhi Chief Minister Arvind Kejriwal had said despite a surplus power production in the state, long power cuts were imposed and many people received inflated bills, ndtv.com reports.

"There are many people in villages who got 'wrong' bills and their power connections were cut because of the non-payment and such people resorted to stealing power," Mr Kejriwal had said, according to ndtv.com.

In Delhi, the AAP government provides 200 units of free power per month.

Earlier on March 19, Mann, in the first decision of his first Cabinet meeting, threw open 25,000 jobs in various state government departments, including 10,000 in the police.

The Congress, which was in power in the state, got 18 seats in the 117-member assembly, while the AAP won 92 seats.