There has also been a shrinkage in geographical spread of extremism, the minister of state for home affairs said 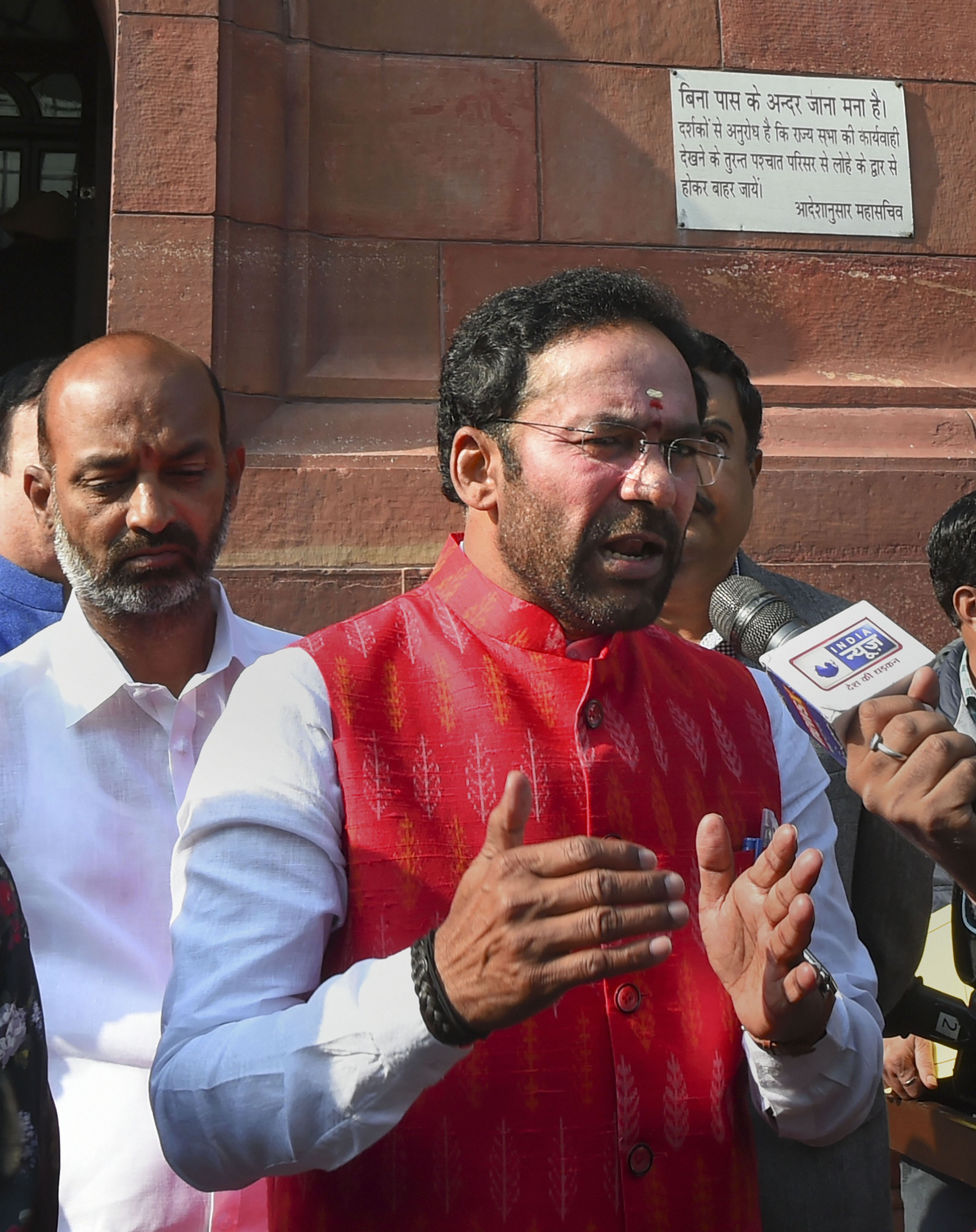 As many as 3,169 Left wing extremists have surrendered till November 15 this year from 2016 and there has also been a decline in violence related to extremism, Union minister G. Kishan Reddy said in Rajya Sabha on Wednesday.

Besides there has been a shrinkage in geographical spread of extremism, minister of state for home affairs Reddy said during Question Hour.

'The Left wing extremism (LWE) related incidents of violence between May 2014 to April 2019 have been 43 per cent lesser while compared with the preceding 5 years period. The decline trend continues in 2019,' he said.

In 2018, Left wing extremism related violence has been reported in 60 districts, he said and added that, however, 90 districts in 11 states are covered under Security Related Expenditure (SRE)/LWE scheme for the purpose of reimbursement of expenditure incurred by states to encounter LWE operations.

Enunciating steps for development of affected areas, Reddy said 16 lakh land title deeds were distributed among tribals while separate projects have been taken for inhabitants of the area.

He said of the 5,422 km of highways sanctioned in affected areas, 4,832 km have been built while work on 1,082 km of roads has been completed out of 5,065 sanctioned under rural development.

Also he said that 2,332 mobile towers were completed against 4,072 in areas while 26 ITIs were set up besides 55 skill development centres.

To uplift education in the areas, Reddy said 7 central schools have been sanctioned in addition to 6 Jawahar Navodaya schools besides 869 ATMs and 1,678 post offices have been working there.

When Vishwambhar Prasad Nishad (SP) said he was unsatisfied with the answer, home minister Amit Shah, who was in the House, said the government has answered what steps it has taken for development and it cannot answer what the member wants.

'This mentality is not good...,' he said, following which Nishad said he is staging a walkout.

In another supplementary related to urban naxals, Reddy said the government has not taken any development work with them.

Reddy also said that recently a meeting of chief ministers of naxal-hit states was held with the home minister in order to chalk out developmental plans but mostly it falls under the purview of states.