Advertisement
Home / India / 175 tourists stuck in Lahaul-Spiti after cloudburst and landslides, govt plans to airlift them

175 tourists stuck in Lahaul-Spiti after cloudburst and landslides, govt plans to airlift them

According to a senior disaster management official, their evacuation through road seems difficult as the route via Pangi is not expected to be ready by Friday evening 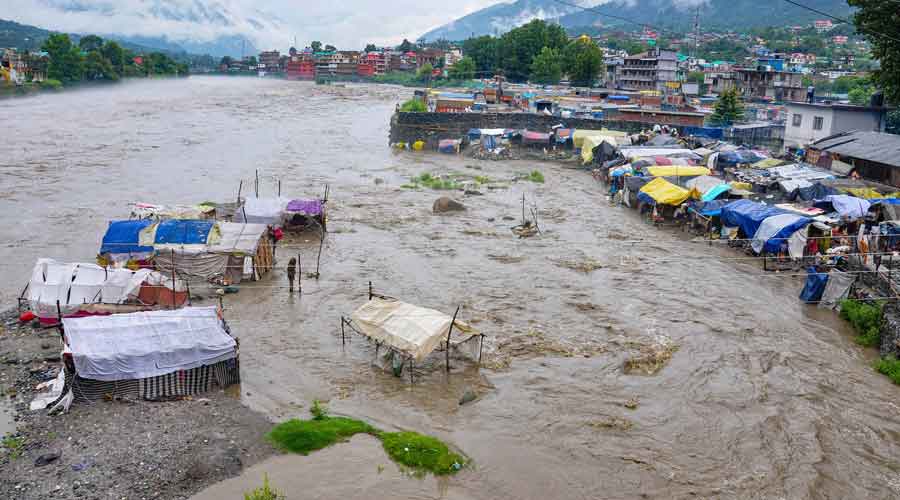 As many as 175 tourists are stranded in Himachal Pradesh's Lahaul-Spiti following a cloudburst and landslides triggered by heavy rainfall, a senior disaster management official said on Thursday.

Deputy Commissioner Neeraj Kumar has sought helicopter support from the state government for their evacuation, a district spokesperson said.

State Disaster Management Director Sudesh Kumar Mokhta said sorties with a state government helicopter have been planned for Friday due to weather conditions.

He said among the 175 stranded in Udaipur's Pattan Valley are 60 women and 16 children.

Their evacuation through road seems difficult as the route via Pangi is not expected to be ready by Friday evening, he said.

Several roads and bridges have been damaged in the district due to bad weather.

In an SMS to PTI, a tourist from Punjab's Hoshiarpur, Ravindra Sood, said, "More than 100 tourists have been stranded in Trilokinat and 35 in Fudan villages due to recent cloudburst in Jhalman, Shansha and Thirot areas in Lauhal Valley."

Sood said the number of people stranded at Jhalwan and Udaipur villages is yet to be known and the road was damaged at several places between Kirting and Thirot.
Earlier Sood told PTI that the telephone network was not working properly.

When contacted, Lahaul-Spiti Deputy Commissioner Neeraj Kumar said those stranded have taken shelter at a temple and are getting adequate food.

According to the list provided by the DC, 72 people are stuck at Trilokinat.

Of them, 57 are from Kullu, seven each from Punjab and Mandi and one from Ladakh. Of the seven from Punjab, five are from Hoshiarpur and two from Sangrur, he added.