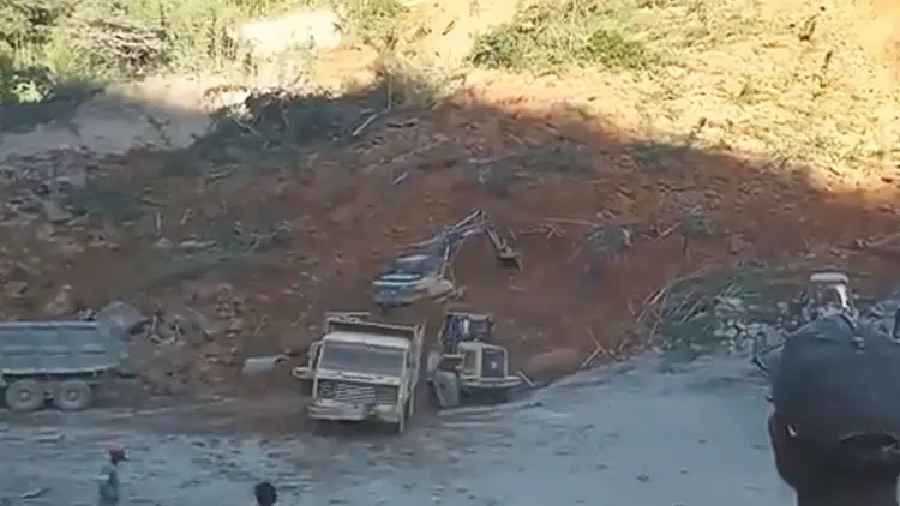 At least 12 people are feared trapped after a stone quarry collapsed in south Mizoram's Hnahthial district, about 160 km from Aizawl, on Monday, a senior police officer said.

The incident occurred at around 3 pm when labourers of ABCI Infrastructure private limited were working in the quarry at Maudarh village, Hnahthial, Superintendent of Police (SP), Vineet Kumar said.

He said that 13 people were working at the place when it caved in.

While one worker managed to escape from the spot the remaining 12 failed to do so and were trapped under the debris, the SP told PTI.

Rescue operation is in progress and and no person has been rescued from the debris till 7:30 pm, Kumar said.

Hnahthial district officials and a medical team also rushed to the spot soon after the incident.

People familiar with the incident said that loose soil caved in from the above while the labourers were breaking and collecting the stones at the quarry.

Volunteers of Young Mizo Association (YMA) from nearby villages also rushed to the spot for the rescue operation, they said.

Maudarh is a small hamlet located about 23 km away from Hnahthial town.

The company which is currently constructing a highway between Hnahthial and Dawn village, collects stones or boulders from the quarry.