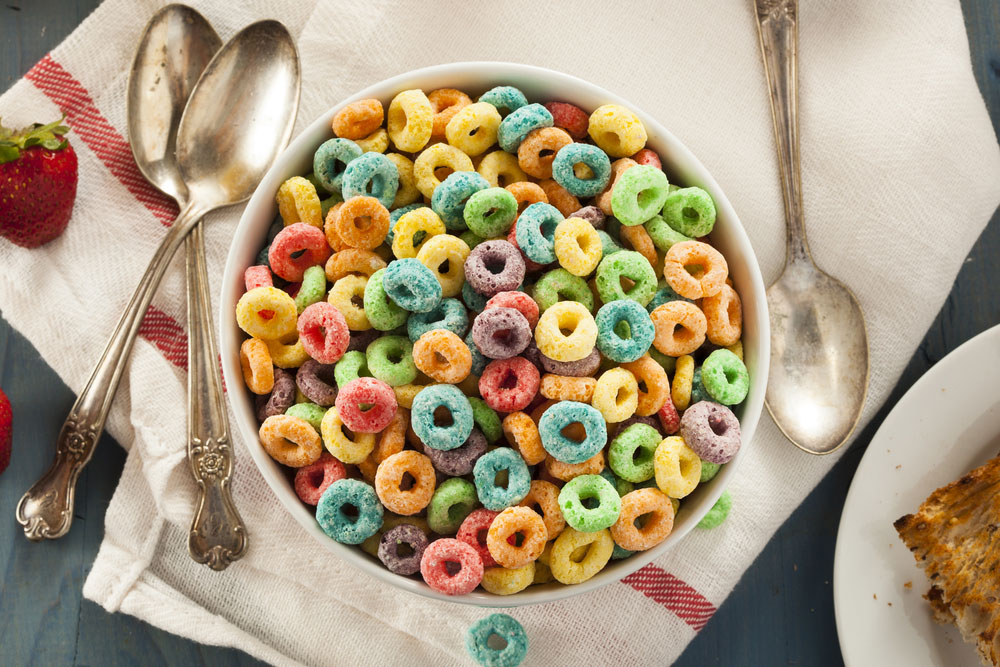 Sugar-containing processed foods are ubiquitous and can add up quickly for unsuspecting consumers. In the documentary, That Sugar Film, the filmmaker quickly developed health problems after eating “healthy” foods like cereal and juice containing 40 teaspoons of sugar a day.
(Shutterstock)
Jane E. Brody/New York Times News Service   |   Published 14.08.19, 11:35 AM

Sweet dreams, sweet spot, sweet as pie, sweet young thing: All have a positive connotation. But what about sweet tooth? The health effects of this obsession with everything sweet are anything but positive.

In fact, recent reports have found that regular consumption of sugary drinks heightens the risk not only of tooth decay, obesity, fatty liver disease and type 2 diabetes, but also of heart disease and premature death, even in people free of other risk factors.

You may have encountered contrary findings — reports that seemed to exonerate sugar consumption as a health hazard. Companies that produce sugar-laden foods and drinks would like you to believe that ailments linked to sugars result from excess calories, not sugars themselves. Don’t believe them; most reports holding sugar blameless are from sources tied directly or indirectly to financial support from the industries that depend on caloric sweeteners.

For example, one prominent contrarian, Dr James M. Rippe, has received a monthly retainer from the Corn Refiners Association, whose members produce high-fructose corn syrup and which provided $10 million for his lab’s studies that found fructose to be no more hazardous than the natural blood sugar, glucose. To a layperson unfamiliar with subtle nutritional influences, these and similar findings may appear convincing, but they rarely survive independent scientific scrutiny. More about this later.

The newest indictments of sugar-sweetened beverages began in April with the publication in Circulation, the journal of the American Heart Association, of causes of death among 37,716 men and 80,647 women initially free of heart disease who were followed for 28 and 34 years, respectively. Cardiovascular mortality was 31 per cent higher and the total death rate 28 per cent higher among those who consumed two or more sugar-sweetened drinks a day when compared with people who rarely if ever drank them.

Then in May, a team headed by Jean A. Welsh, a nutritional epidemiologist at Emory University in Atlanta, US, published an analysis of deaths among 13,440 participants in a long-term study seeking to identify factors that elevate the risk of stroke among African Americans. They found that regular consumption not only of drinks containing added sugars but also naturally sweet fruit juice raised the risk of an early death by as much as 44 per cent.

Thus, sweet dangers are not limited to beverages sweetened with added sugars, like sodas and energy drinks, that often contain the much maligned high-fructose corn syrup. Naturally sweet drinks like pure orange, apple and grape juice and drinks sweetened with honey are culprits as well. Artificial sweeteners, on the other hand, did not confer an added risk in any of the recent studies.

Furthermore, the health risks associated with sugar relate to overeating so-called free sugars, not those naturally present in whole foods like fruits, vegetables and milk.

The latest findings underscore the advice from experts on diet, health and weight control to avoiding drinking one’s calories, except perhaps for a glass of wine with dinner. And, it turns out, serious health risks are

not limited to liquid sources of sugar; the sugars found in processed solid foods, including many that do not even taste sweet, can be hazards, too, if overconsumed.

Sugar-containing processed foods are ubiquitous and can add up quickly for unsuspecting consumers. In the documentary, That Sugar Film, the filmmaker quickly developed health problems after eating “healthy” foods like cereal and juice containing 40 teaspoons of sugar a day, the average Australian’s intake. (Americans average 42.5 teaspoons of sugar a day.) The film noted that if all sugar-containing food items were removed from supermarket shelves, only about 20 per cent of products would remain.

To clarify the effects of our high-sugar diet, I consulted an expert, Kimber L. Stanhope, a researcher in nutritional biology at the University of California, Davis, US, whose work is free of industry support and funded primarily by the National Institutes of Health. In a comprehensive 34-page review of research published in Critical Reviews in Clinical Laboratory Sciences in 2016, she linked consumption of added sugar to metabolic disease — cardiovascular disease, type 2 diabetes and nonalcoholic fatty liver disease — as well as high blood levels of uric acid, a risk factor for kidney stones and gout.

In studies done in her lab among young adults consuming their normal diets, the risk for developing heart disease and kidney stones rose in direct proportion to the amount of high-fructose corn syrup they consumed. Diet and health data from a major national survey showed that “the average level of added sugar consumption in the US, 15 per cent of daily calories, is associated with an 18 per cent increase in risk for cardiovascular disease mortality.” A sweet death, indeed.