Busting the myth of clocking 10,000 steps a day to stay fighting fit 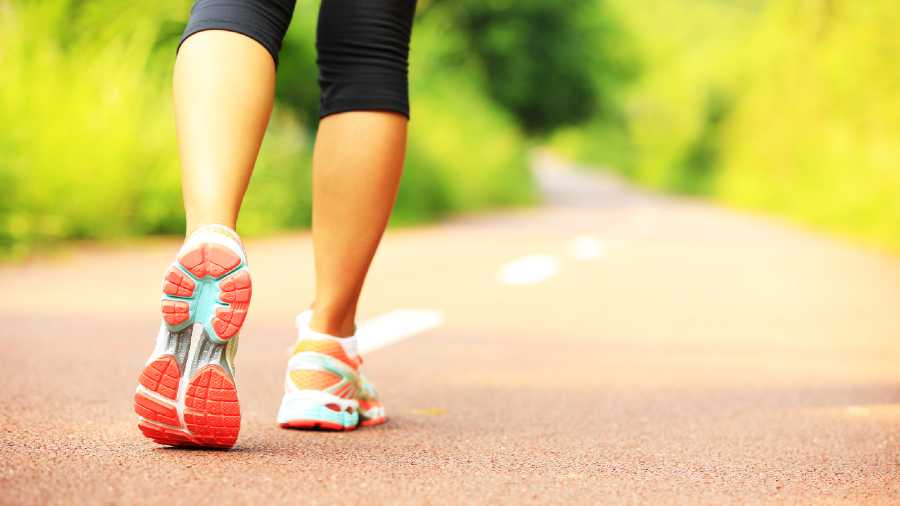 Fitness tracking devices often recommend we take 10,000 steps a day. But the goal of taking 10,000 steps, which many of us believe is rooted in science, in fact rests on coincidence and sticky history rather than research.

According to Dr I-Min Lee, a professor of epidemiology at the Harvard T.H. Chan School of Public Health, US, and an expert on step counts and health, the 10,000-steps target became popular in Japan in the 1960s. A clock maker, hoping to capitalise on interest in fitness after the 1964 Tokyo Olympic Games, mass-produced a pedometer with a name that, when written in Japanese characters, resembled a walking man. It also translated as “10,000-steps metre”, creating a walking aim that, through the decades, somehow became embedded in our global consciousness — and fitness trackers.

But today’s best science suggests we do not need to take 10,000 steps a day, which is about five miles [a little over eight kilometres], for the sake of our health or longevity.

A 2019 study by Dr Lee and her colleagues found that women in their 70s who managed as few as 4,400 steps a day reduced their risk of premature death by about 40 per cent, compared to women completing 2,700 or fewer steps a day. The risks for early death continued to drop among the women walking more than 5,000 steps a day, but benefits plateaued at about 7,500 daily steps. In other words, older women who completed fewer than half of the mythic 10,000 daily steps tended to live substantially longer than those who covered even less ground.

Another, more expansive study last year of almost 5,000 middle-aged men and women of various ethnicities likewise found that 10,000 steps a day are not a requirement for longevity. In that study, people who walked for about 8,000 steps a day were half as likely to die prematurely from heart disease or any other cause as those who accumulated 4,000 steps a day.

The statistical benefits of additional steps were slight, meaning it did not hurt people to amass more daily steps, up to and beyond the 10,000-steps mark. But the extra steps did not provide much additional protection against dying young, either.

Realistically, few of us reach that 10,000-step goal, anyway. According to recent estimates, most adults in America, Canada and other Western nations average fewer than 5,000 steps a day.

And if we do reach the 10,000-step target, our feat tends to be ephemeral. A famous study in Ghent, Belgium, provided local citizens in 2005 with pedometers and encouraged them to walk for at least 10,000 steps a day for a year. Of the 660 men and women who completed the study, about 8 per cent reached the 10,000 step daily goal by the end. But in a follow-up study four years later, almost no one was still striding that much. Most had slipped back to their baseline, taking about the same number of steps now as at the study’s start.

The good news is that upping our current step counts by even a few thousand additional strides most days could be a reasonable, sufficient — and achievable — goal, Lee said. The formal physical activity guidelines issued by the United States and other governments use time, not steps, as a recommendation, and suggest we exercise for at least 150 minutes a week, or a half-hour most days, in addition to any moving around we do as part of our normal, daily lives.

Translated into step counts, Lee said, that total would work out to a little more than 16,000 steps a week of exercise for most people, or about 2,000 to 3,000 steps most days. (Two thousand steps equal approximately a mile or 1.6 kilometres.)

If, like many people, we currently take about 5,000 steps a day during the course of everyday activities like shopping and housework, adding the extra 2,000 to 3,000 steps would take us to a total of between 7,000 and 8,000 steps most days, which, Lee said, seems to be the step-count sweet spot.