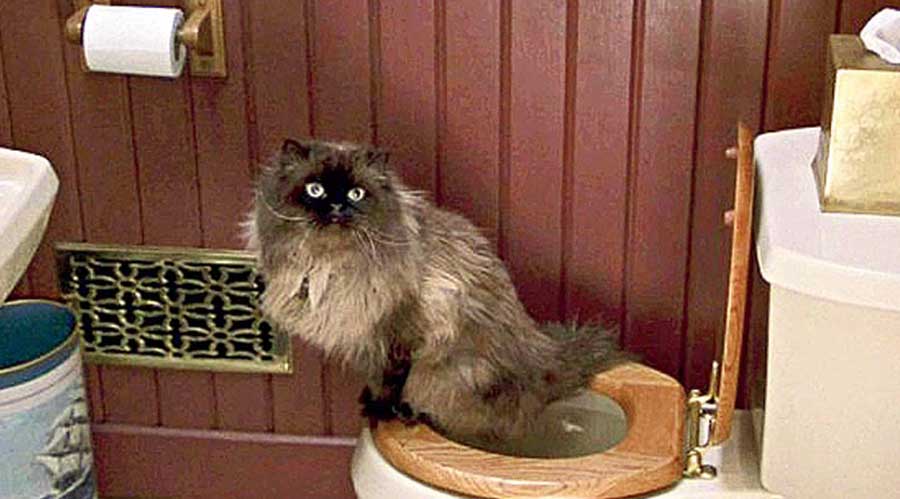 Facing stiff opposition in the quest to make himself likable to his father-in-law Jack Byrnes (played by Robert De Niro), Gay/Greg (Ben Stiller) has to contend with Mr Jinx, the pet cat who is as nosy as Jack. Jinx is a unique species, having the ability to turn up the toilet seat and flush on his own. Jinx going missing and Greg painting another cat and bringing him home as Jinx and emerging a hero (if only for a day) is a major plot point. Jinx was played by two five-year-old Himalayan cats named Bailey and Misha. 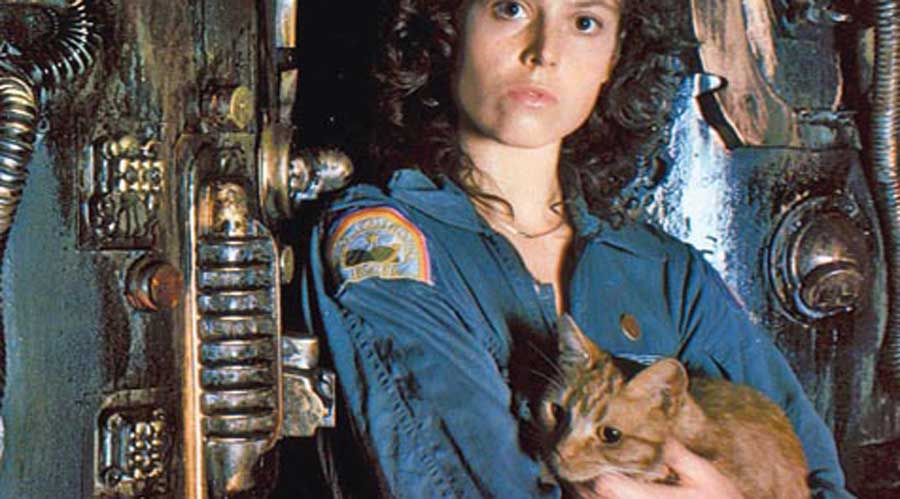 Ridley Scott’s seminal 1979 film about the crew of a commercial space tug called Nostromo that encounters the eponymous Alien, aka a deadly extraterrestrial let loose on the ship, is memorable for many reasons, particularly for Sigourney Weaver’s stellar turn as Ripley. Equally noteworthy perhaps is the presence of Jonesy, the cat that serves as a mascot aboard Nostromo. Jonesy and Ripley are the only survivors on the mission to planet LV-426.
Jonesy has been a mainstay in pop culture, finding himself referenced several times in the Halo universe and in World of Warcraft. Jonesy stars in his own graphic novel, titled Jonesy: Nine Lives on the Nostromo, released in 2018. 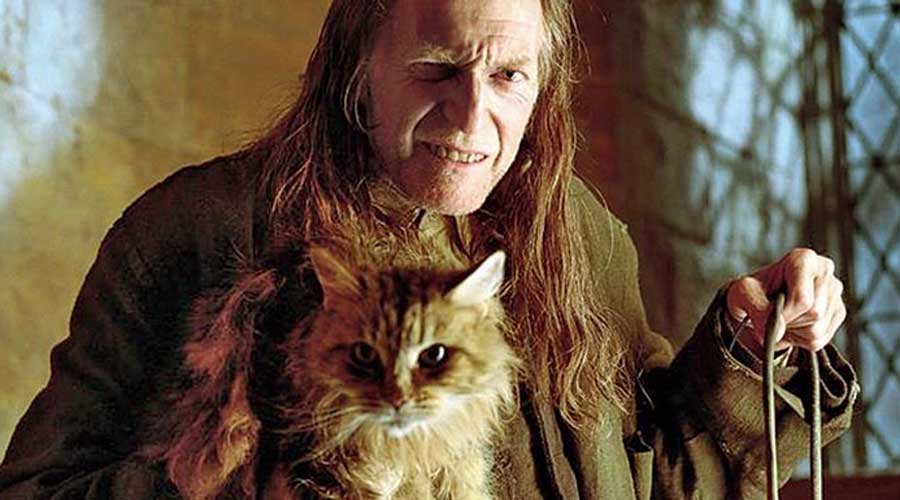 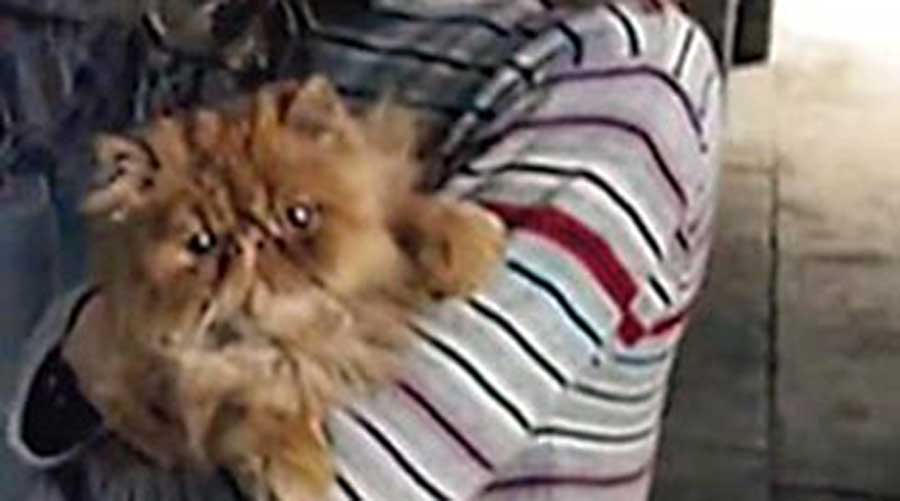 The pet cat of Argus Filch, the caretaker of Hogwarts School of Witchcraft and Wizardry, Mrs Norris had a strong connection with Filch, alerting him to the ‘misbehaviour’ of students, including Harry and Ron, with most of the students wanting to give her “a good kick”. Mrs Norris had almost the same features as her master —  bulging yellow, lamp-like eyes, a scrawny, skeletal body and dust-coloured fur.
On the other end of the likability spectrum in the Potter Universe is Crookshanks, Hermione’s pet cat. A half-Kneazle, Crookshanks was a hero, known for his ability to solve problems on his own and having the nose to zero in on those with ulterior motives. And yes, Crookshanks loved chasing gnomes and attacking chess pieces. 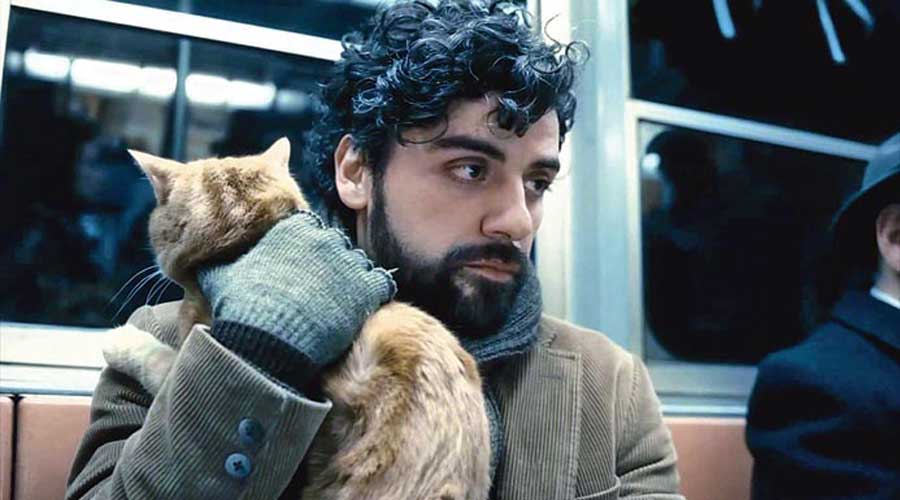 “Explain the cat,” Carey Mulligan’s Jean demands of Llewyn (Oscar Isaac) early on in Inside Llewyn Davis. The answer is never succinctly spelt out by Llewyn, but reams have been written and a lot discussed about the presence of the cat, who we later know is called Ulysses, in this Coen Brothers film.
The film begins with a down-and-out Llewyn accidentally locking himself out along with his friends’ cat. He then spends a good portion of the film trying to return it to its owners. In the process, Ulysses’ presence becomes stronger in the film, almost turning into a talisman of sorts. Various theories have floated around about Ulysses’ symbolism — for some, he’s Llewyn himself, while others claim he represents Llewyn’s recently deceased music partner Mike. 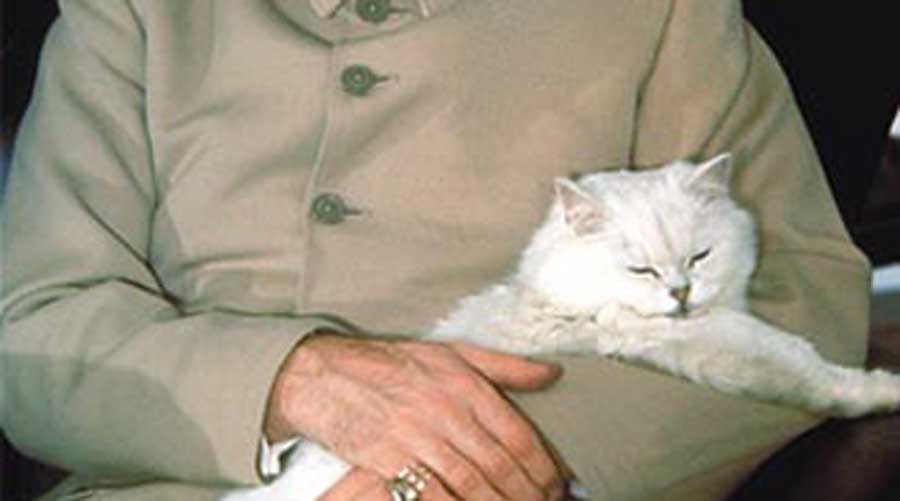 The sidekick pet of the Bond antagonist Ernst Stavro Blofeld — a white, blue-eyed Persian cat — has appeared in 007 movies like Dr. No, From Russia with Love, Thunderball, Never Say Never Again, You Only Live Twice, On Her Majesty’s Secret Service and Diamonds Are Forever. A similar cat appears years later in the 2015 film Spectre. 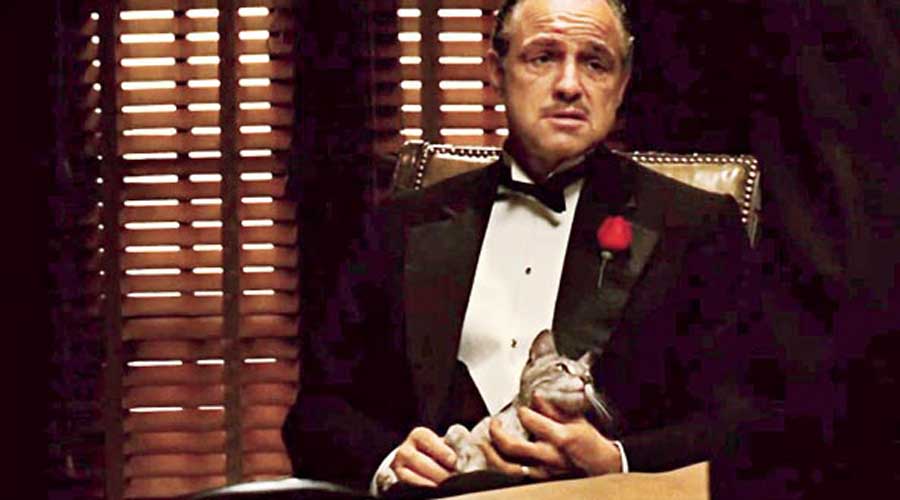 Simply referred to everywhere as “Vito’s cat”, the cat on Marlon Brando’s lap (who played Vito Corleone in the Francis Ford Coppola classic) wasn’t actually in the original script. Legend has it that Coppola found the stray in the parking lot of Paramount Studios and handed it over to Brando as a last-minute improv to the scene. The cat, with its purring, muffled some of Brando’s (already inaudible) dialogues, and, as a result, most of his lines had to be looped. The use of the cat in the scene has later been interpreted as representing the hidden claws beneath the Don’s warm facade. 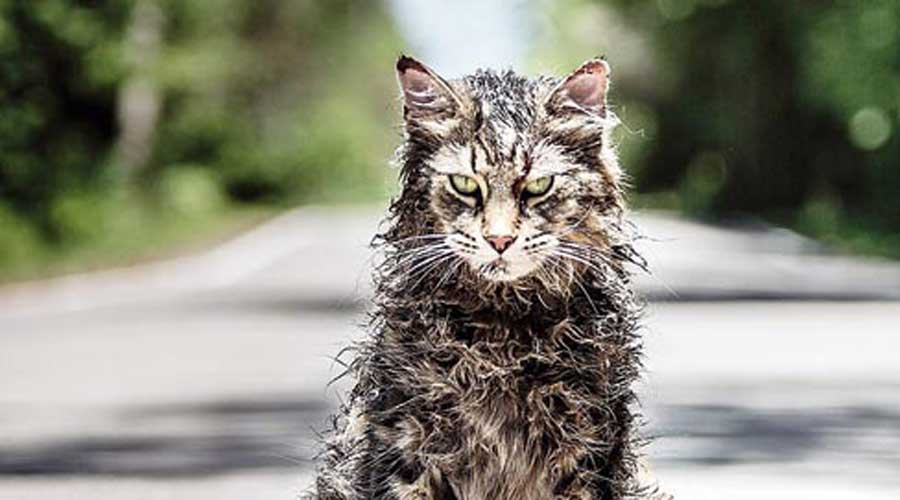 Church, short for Winston Churchill, scared the bejeezus out of us not once but twice. Stephen King’s bestseller was adapted on screen in 1989 and then again three decades later, with Church, a grey cat who is resurrected after he’s run over, coming back to hound the family he lived with, leading to spine-chilling results.
Though there were four different cats that played Church in the 2019 film, Leo —  a Maine Coon crossbreed cat — was the most popular. Described by animal trainer Kirk Jarrett as “different from any other cat I’ve seen. He’s got this beautiful face, and these eyes that are so expressive,” Leo, unfortunately, died soon after the film released. Possibly because of how bad Pet Sematary turned out to be. 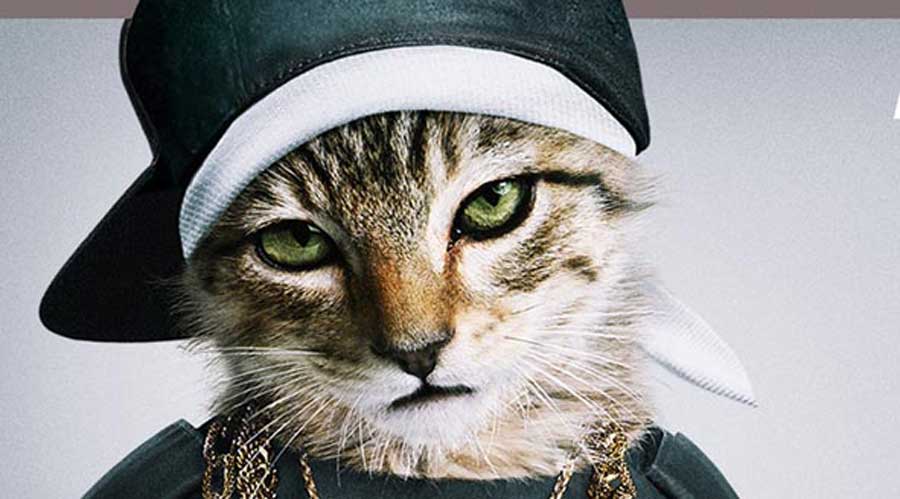 This 2016 screwball comedy benefited a lot from the crazy antics of Jordan Peele and Keegan-Michael Key, but the real star of the film was its eponymous kitten-hero who causes break-ins, shootouts and all sorts of shenanigans. Seven cats and kittens played the title character, with each one’s payout being a case of Fancy Feast and an assortment of cat toys. 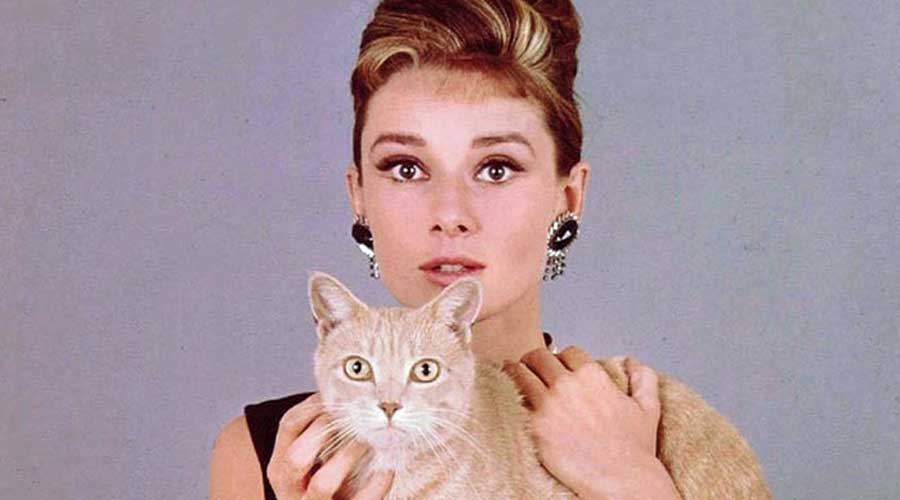 Taking pride of place in the feline hall of fame is Orangey, who had a prolific career in film and television in the 1950s and early 1960s, and was the only cat to win two PATSY Awards (Picture Animal Top Star of the Year, an animal actor’s version of an Oscar). The first came for the title role in Rhubarb, a story about a cat who inherits a fortune, and the second for his portrayal of “Cat” in Breakfast at Tiffany’s, for which Orangey won the 1962 PATSY Award for his portrayal of “the poor slob without a name”. Orangey’s other notable film credits include The Diary of Anne Frank , The Incredible Shrinking Man and the TV series Our Miss Brooks.