From fatherly to fierce, the veteran actor has taken us on several cinematic journeys for over five decades 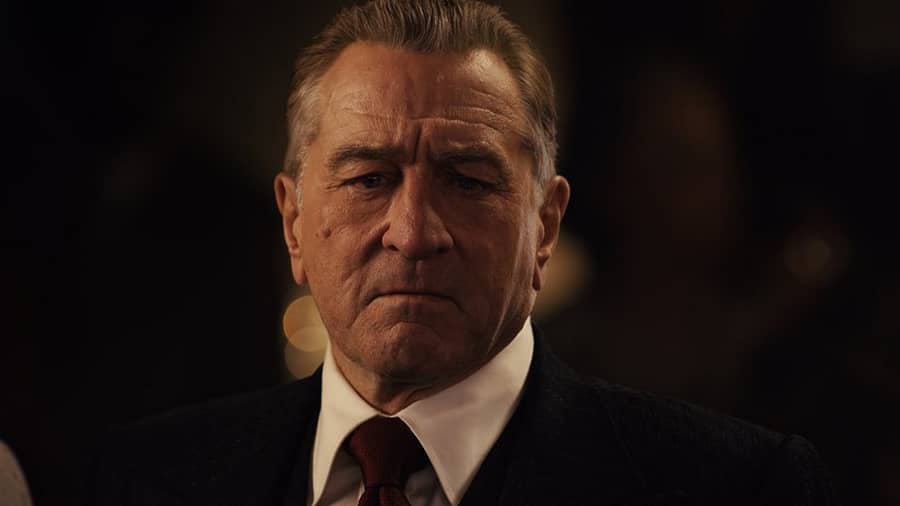 Robert De Niro is all set to star in Barry Levinson’s mob drama Wise Guys, according to the portal Deadline, where he will most likely play the roles of both Vito Genovese and Frank Costello, the bosses of two rival crime families.

This is great news for all De Niro fans on the actor’s 79th birthday who really don’t need a reason to watch a De Niro film. While it’s tough to put together a list of our favourite De Niro films – from around the 100-plus films that he has done – here are six movies that we can go back to anytime.

A retired widower in his 70s starting out as an intern in a jet-setting entrepreneur’s fashion startup in New York --- the improbability of the premise for a Robert De Niro movie is the first thing that hits you about The Intern. Of course, it couldn’t get any wackier, watching De Niro’s Ben Whittaker, in a suit and a tie, tailing his smart, sharp boss who could be his daughter’s age (played superbly by Anne Hathaway) and trying to fit in in a bunch of cool, tech-savvy professionals.

Behind all the fun and banter, The Intern is a heart-warming story of a young woman’s dilemma to choose between her career and her family, and a much older father figure insisting her to not settle for less and give up on her dreams on the pretext of raising a family.

As the charming and caring patriarch of the Griffin family, we see De Niro trying to keep his family together for his adopted son’s wedding in this film. The comic situation in The Big Wedding arises out of the fact that De Niro’s character, Don, has to pretend to be still married to his ex-wife (played by Diane Keaton) in front of his son’s birth mother till the wedding, while he is actually in a relationship with Bebe (played by Susan Sarandon).

The chain of events that ensues let many truths tumble out of the closet. De Niro’s Don sits at the centre of this mayhem, romancing the two ladies while also being a caring father to his grown children, which makes for a delightful watch.

While De Niro is a slightly comic fatherly figure in The Big Wedding, he is a more menacing father in Meet the Parents. As Jack Byrnes, a former CIA operative, De Niro gives Ben Stiller’s character, Greg Focker, a tough time when he comes to visit them with the intention of marrying his daughter.

A very priggish parent, De Niro’s Jack doesn’t miss any opportunity to ridicule or humiliate Greg in order to prove that he is not good for his daughter, while Greg continues with his attempts to impress his future father-in-law. De Niro was so good in this disapproving dad role that the film’s success made him return for a reprise in the sequels, Meet the Fockers (2004) and Little Fockers (2010).

Don Vito Corleone in The Godfather Part II. A young Robert De Niro got the chance to play the younger version of the character immortalised by Marlon Brando in The Godfather, Francis Ford Coppola’s epic crime saga of a mafia family.

Coppola’s film traces the making of the Don – the social circumstances that pull a young husband and father into the world of crime – and De Niro breathed life into this intelligent, cool-headed man trying to make enough money to get out of his impoverished living conditions. De Niro spills blood ruthlessly to establish the Corleone crime family, which Al Pacino’s Michael Corleone takes over and grows. De Niro’s menacing act played a key role in making the film a legendary one.

After the success of Mean Streets in 1973, De Niro went on to work with director Martin Scorsese in eight other ventures. Their 1976 collaboration Taxi Driver went on to become a cultural sensation with De Niro’s dialogue—“You talkin’ to me?”— remaining an oft-quoted repeated one. De Niro plays the dark and disturbed former marine and Vietnam War veteran Travis Bickle, who works as a taxi driver while moonlighting as a vigilante. As an anti-hero struggling with his mental health, De Niro drives home the loner-drifter soul of Travis Bickle.

This is one cat-and-mouse chase between two legendary actors on screen that one can watch anytime. Al Pacino’s Vincent Hanna, a cop, is hot on the heels of De Niro’s Neil McCauley, a criminal who always manages to stay a step ahead, in this classic heist movie.

The charismatic criminal mastermind McCauley is shown as a character with a moral compass who does not let his crew member walk away after unnecessarily spilling blood. The movie shows how similar the cop and the criminal are and creates a bond of mutual respect between them. This, however, does not get in the way of Pacino taking down De Niro.