Watch Uri for the action and Vicky Kaushal 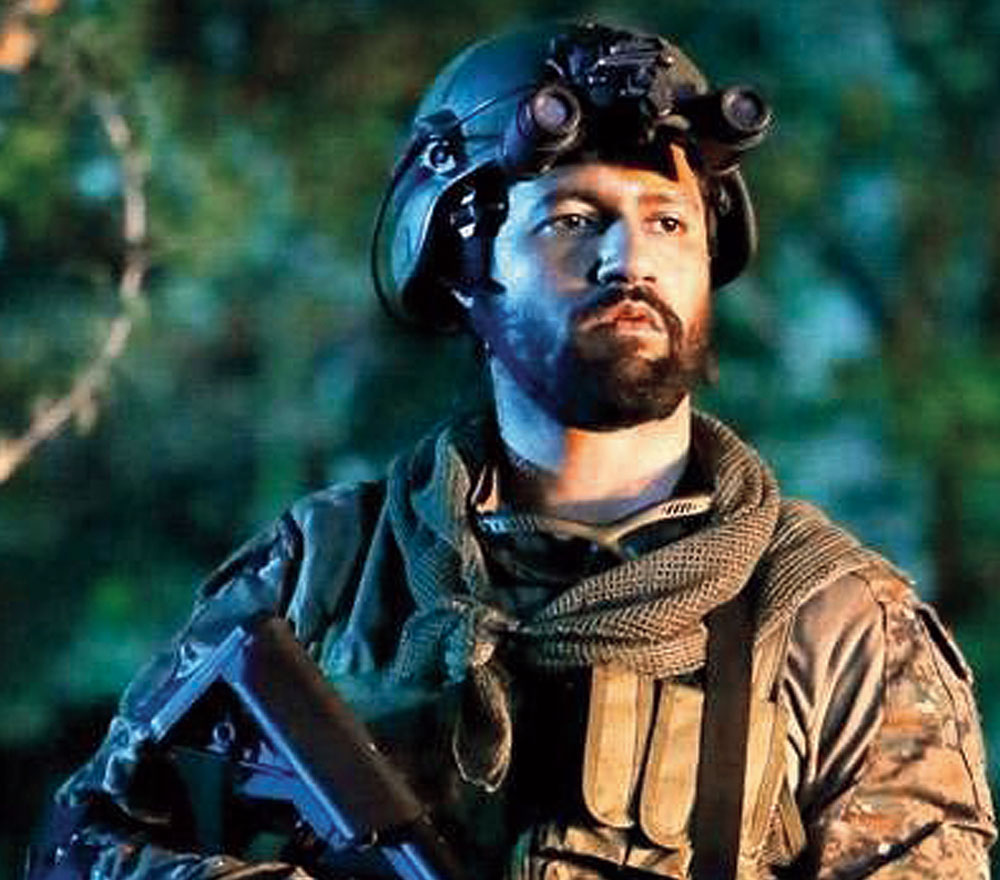 The film, divided into chapters, starts off a year before the September 18, 2016 attacks on Indian soldiers at Uri and leads up to the making of the mission that becomes 2016’s “surgical strikes” on militant dens across the Line of Control in Pakistan-occupied Kashmir.

Vicky Kaushal plays the resilient Major Vihaan Singh Shergill whose war cry is ‘How is the josh?’ And he expects nothing less than: ‘High, Sir’ in reply. A life-changing decision sees Major Shergill, an able commander, return to take charge of the forces to avenge the Uri killings that also claimed his brother-in-law’s life. Uri, therefore, becomes both the story of a man and a country on a mission.

Vicky Kaushal turns in a nuanced performance as Major Shergill. Yes, there are some seeti-taali dialogues too. Vihaan is just like you and me. Human. Your heart goes out to him when all he wants to do is go and hug his little niece and sister at his brother-in-law’s last rites, but the officer in him is not allowed to budge. Head and shoulders straight, he is only allowed a tear trickle. Leading a successful mission brings a smile to his face as much (or, maybe slightly more) as his Alzheimer’s-struck mother recognising him. Yes, our soldiers are just like you and me. They also cry and celebrate the small joys of life.

And amidst all the dhoom-dhamaka, you find Vicky Kaushal hot. Those broad shoulders. The innocent eyes. You feel his rage and want to wipe his tears. A hint of romance with the steely intelligence officer Pallavi, played by a luminous Yami Gautam, adds a spark to Uri in the last minutes.

Uri’s action is like a raw punch. You feel the thud, the thump and the bloodiness.

Mohit Raina who debuts as an army officer in Uri, is a natural in the action scenes. Watch out for Rajit Kapur in a ‘special role’. Akashdeep Arora in a small but crucial role makes you smile.

The thumping background score adds to the mood and the build-up.

Aditya Dhar packs in little moments of joy that bring a smile to your face. Many an army man would be able to relate to the precious moments spent with loved ones, knowing well that it might be the last time they are seeing them.

Uri’s ‘josh’, however, has the urge to turn predictably jingoistic at times. But Aditya Dhar does well to be in ‘line of control’. Just about.

Preparing to review Uri took me back to my days of prepping for a history exam. I pored over websites that documented the 2016 Indian Line of Control surgical strikes that the film is based on. Debates. Discussions. Some more theories followed by counter theories. Yes. No. Yes. No.

From the moment, however, first-time director Aditya Dhar’s Uri started rolling, I sat back, though a little on the edge, and took a two-hour-plus thrilling action-packed ride. Yes, watch Uri as an action thriller and you will be able to savour the film through the year. Not just before Republic Day.