Watch these 5 documentaries on tech entrepreneurs who revolutionised the industry 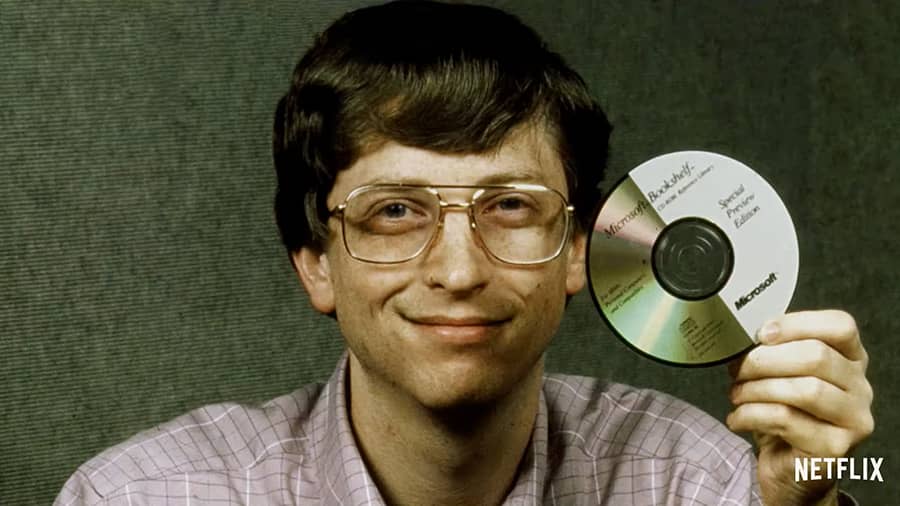 Right from personal computers to smartphones and social media to online stores, technology has revolutionised the way we lead our daily life in the past decade or so. During the pandemic, the tech industry was a lifeline for the global economy, but its supremacy was developed by a small group of visionaries who channelled their entrepreneurial ambitions through technical innovation and commercial expansion.

Here are some documentaries about some of the most well-known tech entrepreneurs who have helped usher in the future of technology.

The BBC Two documentary portrays Steve Jobs as a figure who sought greatness at any cost. Tim Berners-Lee, Rita Clifton, Stephen Fry, and Steve Wozniak all appear in the documentary, which is hosted by Evan Davis. However, the story's stars are familiar – Mac, iMac, iPod, iTunes, iPhone, iPad. Each represents a paradigm shift, an axis tilting revolution in the way we currently live in the world.

The documentary explores how Steve Jobs was known for waking up staff at various hours of the night to talk about ideas along with his other erratic behaviours which drove him to creep into our pockets and assume command of our lives. Everything was quite spectacular as he led the consumer technology rally to the forefront of the US economy.

Jeff Bezos is not just one of the world's wealthiest individuals, but also the maker of a commercial empire unlike any other in American history. He has unmatched control over everything, right from the future of employment to the future of commerce to the future of technology.

As governments and authorities around the world ponder Amazon's worldwide influence and how to limit Bezos' power. This documentary investigates how he carried out a strategy to create one of the world's most powerful economic and cultural forces from what was called the world’s riskiest bet in 2006.

Bill Gates is one of the most well-known entrepreneurs in the world, but this Netflix docu-series focuses on his philanthropy while shedding light on his enigmatic personal life. To unravel the man responsible for the software revolution, Oscar-winning documentary director David Guggenheim investigates Bill Gates' thought process.

Inside Bill’s Brain: Decoding Bill Gates is a three-part docu-series that takes an in-depth look at Bill Gates' personal life and business, as well as his ongoing efforts to make the world a better place. In each of the three episodes, there are two parallel narratives – one about Bill's personal life, and the other about his efforts to address some long-standing problems in order to help mankind prosper. We gain a glimpse into Bill Gates' brilliant yet chaotic mind through in-depth interviews, engaging animations, restored archive videos, and painstaking shoots.

Mark Zuckerberg, the founder of Facebook, is profiled in this Bloomberg Game Changer documentary. It examines his early years, his stay at Harvard, and the controversy around the founding and expansion of Facebook. It explores how the firm grew to become the most popular social networking site on the Internet in a short period of time. It comprises hours and hours of archival footage of Zukerberg and former US President Barack Obama and is voiced by Ted Marcoux.

From Harvard dorm rooms to NASDAQ trading floors, Zuckerberg's sheer and occasionally uncompromising tenacity is revealed. His narrative exemplifies the emergence of the internet industry as a whole. The rise of social media irrevocably altered the way people communicated.

This Netflix documentary explores arguably the most enigmatic, mysterious and polarising businessman of our times and his dream to reach the stars. Directed by Jimmy Chin and Elizabeth Chai Vasarhelyi, this documentary explores Elon Musk and the SpaceX team's historic mission to return NASA astronauts to the International Space Station and transform space travel. Demo-2 was a two-month mission that transported seasoned astronauts Bob Behnken and Doug Hurley to orbit.

This documentary depicts a crucial step in the evolution of commercial spaceflight, from images of early SpaceX rockets exploding in roiling fireballs to tearful excitement and nervous preparation, an authentic tour of the SpaceX Dragon 2 spacecraft gives us a glimpse of the future.