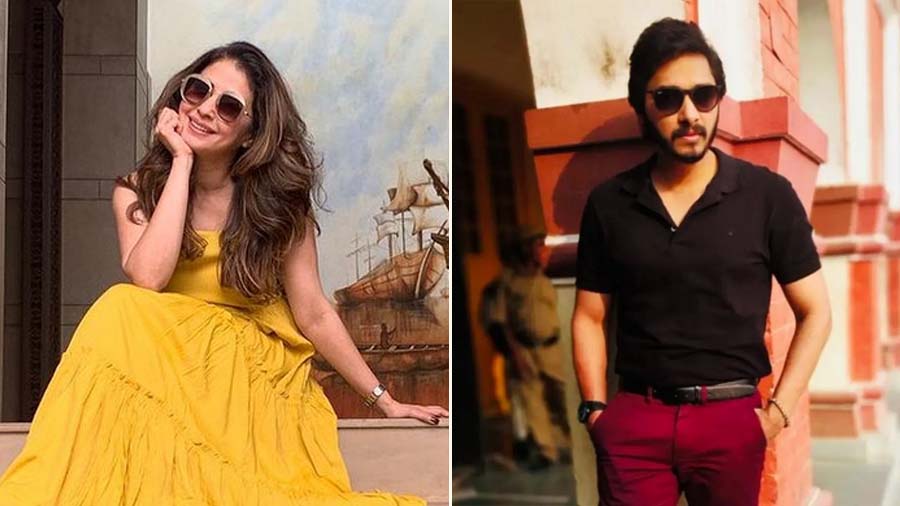 Urmila Matondkar and Shreyas Talpade are teaming up for the first time for the upcoming Marathi film Ti Me Navhech, the makers announced on Thursday.

Written by Painter, Ti Me Navhech will also feature Ninad Kamat in a prominent role.

Matondkar, who is making a comeback to Marathi cinema after her 2014 film Ajoba, said she fell in love with the script of Ti Me Navhech and didn’t want to let go of the opportunity to be working on the movie.

“I loved the script that Paritosh narrated and it also stars an amazing talent like Shreyas. When the team approached me, I just couldn’t resist,” the 48-year-old actor said in a statement.

Painter said he is thrilled to be backing content in his mother tongue, Marathi.

“Marathi is my mother tongue and I have always enjoyed Marathi cinema. I wanted to be a part of this amazing industry and I am extremely happy that this dream is coming true. We really hope our content receives love and appreciation from the audiences,” the writer-producer said.

Manjrekar said he is happy to team up with Bhave and the producers on Nirvadhi.

“The story of the movie Nirvadhi was on my mind for a long time. It's a beautiful love story and a very unusual one. Subodh Bhave was my choice to be part of this film since the beginning and he too liked the story. And with filmmakers like Paritosh Painter and Rajesh Kumar Mohanty coming together, we are sure that this film will be great in all aspects,” said the director, known for films such as Astitva, Vaastav and Natsamrat.

Oak will also feature as an actor in another movie titled Fakt Mahilansathi alongside Sai Tamhankar Shivani Rangole, and Vandana Gupte. It is directed by Mrunal Kulkarni.

Sairat fame Rinku Rajguru will be seen in a thriller comedy titled April Fool, to be helmed by Priyadarshan Jadhav. The film will also star Siddharth Jadhav, Ankit Mohan, and Rasika Sunil.