The veteran singer, who turns 67 today, has exclusively sung for Shah Rukh in several smash hits like Dil To Pagal Hai and Mohabbatein 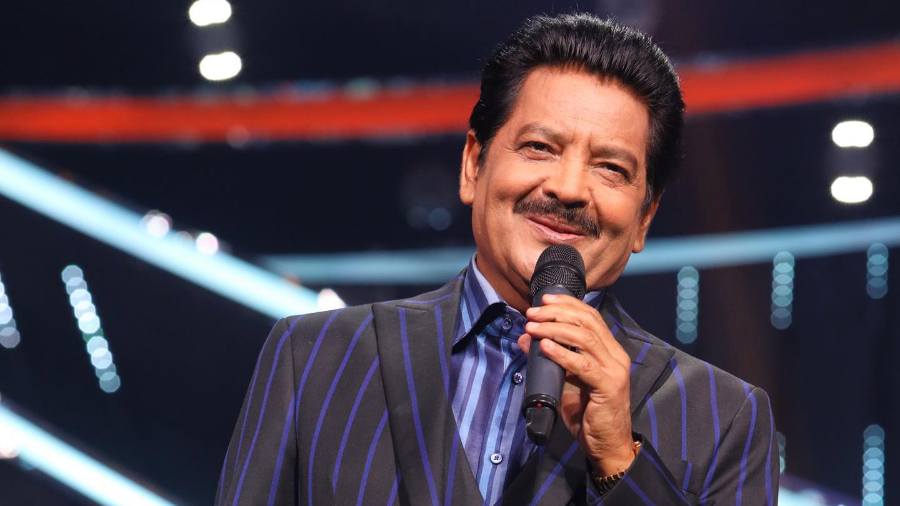 Udit Narayan’s melodious voice and Shah Rukh Khan’s on-screen charisma made for a magical duo that gave us some of the most popular songs of the ’90s and early 2000s. Right from the passionate ‘Jaadu Teri Nazar’ from the 1993 film Baazigar to the timeless ‘Tujhe Dekha Toh Yeh Jaana Sanam’ from the 1995 blockbuster Dilwale Dulhania Le Jayenge, Narayan-and-Shah Rukh’s pair clearly ruled the charts as the latter climbed the ladder of stardom. On Narayan’s 67th birthday, we take a look at some of the greatest musical hits in which Narayan rendered his voice to Shah Rukh.

Shah Rukh Khan’s most successful film Dilwale Dulhania Le Jayenge had some of the catchiest numbers sung by Udit Narayan. From the melodious ‘Ho Gaya Hai Tujhko Toh Pyaar’ to the go-to wedding song ‘Mehendi Laga Ke Rakhna’ and the dance number ‘Ruk Ja O Dil Deewane’, the songs played an important role in bringing to life the love story of Raj (Shah Rukh) and Simran (Kajol) that still reverberates with the audience.

Dil To Pagal Hai marked an exclusive Shah Rukh Khan-Udit Narayan pairing that won over the audiences. A cheeky Shah Rukh strummed the guitar while lip-syncing to Narayan’s ‘Bholi Si Surat’, and we couldn’t take our eyes off a charming Shah Rukh. While ‘Arre Re Arre’, ‘Dholna’ and ‘Koi Ladki Hai’ saw the infectious chemistry between Pooja (Madhuri Dixit) and Rahul (Shah Rukh), ‘Pyaar Kar’ showed Nisha’s (Karisma Kapoor) longing for Rahul. Although ‘Le Gayi’ is sung by Lata Mangeshkar, the entry of Rahul with Narayan’s high energy voice made the song a perfect dance number.

Another exclusive team-up between Narayan and Shah Rukh Khan came with Aditya Chopra’s Mohabbatein. Shah Rukh played the role of a music teacher Raj Malhotra who challenges the “parampara, pratishtha, anushasan” motto of Narayan Shankar’s (Amitabh Bachchan) Gurukul with his message of love for the students. The film, filled with melodious songs had Narayan voicing all the songs picturised on Shah Rukh. From the romantic ‘Humko Humise Chura Lo’ to a groovy ‘Aankhein Khuli’, Narayan continued to weave magic with his voice in the Mohabbatein album, composed by Jatin-Lalit.

Sanjay Leela Bhansali’s Devdas won accolades all over the world for its storytelling and discography that won over the hearts of people from every generation. While Shah Rukh’s Devdas did not lip-sync to most of the songs and did the talking through his expressive eyes, Narayan’s voice added a haunting effect to the tragic love story of Dev, Paro and Chandramukhi. ‘Bairi Piya’, sung by a young Shreya Ghoshal and Narayan introduced us to the romance brewing between Dev (Shah Rukh) and Paro (Aishwarya Rai). Dev’s longing for Paro came through in a later-deleted song ‘Wo Chand Jaisi Ladki’ while ‘Humesha Tumko Chaha’ showed a heartbroken Dev walking Paro to her wedding. The lyrics, ‘O pritam, o pritam, bin tere mere iss jeevan mein kuch bhi nahi,’ in the voice of Narayan still gives us goosebumps. The only song where Shah Rukh lip-syncs to Narayan was ‘Chalak Chalak’, a groovy track that shows an inebriated Dev trying to cope with the pain of losing Paro.

Asutosh Gowariker’s Swades brought a refreshing tale of an US-returned scientist Mohan Bhargav (Khan) and his efforts towards reforming his native village. The film wouldn’t be complete without the dynamic range of Narayan and his ability to match Shah Rukh’s never-seen-before character with his voice. Whether it’s the travel song ‘Yun Hi Chala Chal’ or ‘Ye Taara Woh Taara’, Narayan strikes the right chords throughout the film. Another song that was deleted from the theatrical version of the film was the lullaby ‘Aahista Aahista’ which showed Mohan and Gita (Gayatri Joshi) putting Kaveri Amma (Kishori Ballal) to sleep.

Many more Narayan-and-Shah Rukh’s songs, ranging from ‘Main Yahan Hu Yahaan’ from Veer Zaara (2004) to ‘Ae Ajnabi’ from Dil Se (1998), remain a game changer for both the singer and the actor who relied on each other while defining the ‘90s and early 2000s.