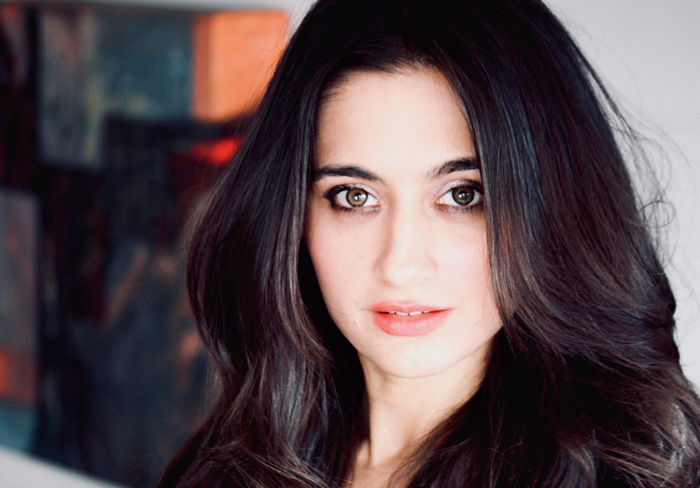 Sung by Jigar, the music video was shot in Turkey, Istanbul, with him and TV actress Sanjeeda Sheikh
Sourced by the author
Ushnota Paul   |   Published 01.10.19, 04:53 PM

Jigar Saraiya, one-half of Bollywood composer duo Sachin-Jigar, just released his debut single Ruka Hoon by Sony Music India. Sung by Jigar, the music video was shot in Turkey, Istanbul, with him and TV actress Sanjeeda Sheikh. The Telegraph caught up with Sanjeeda to talk about the video.

How did Ruka Hoon happen?

Jigar called me one day and wanted to meet me.... we met at a café and he made me listen to a song. I had an instant liking and connection with the song. Then he said he wanted me to feature in it. Sachin-Jigar have creatively been so talented and we’ve seen their work. I was very happy that he approached me. He told me he would feature in it too. And then when he said we are shooting this video in Istanbul, I was like, ‘Dude there’s no looking back now.”

Have you acted in a music video before?

I have but not on this scale. They were all shot here or in Goa….

How was it shooting in Turkey?

It was my first time in Istanbul and we tried to explore the best locations. If you’re going out of the country, the director keeps in mind that you need to explore the best locations apart from the actors looking good. The whole packaging and styling of Jigar and me is so cool and stylish. Plus the Istanbul factor has added everything to the song. It was beautiful. First, we didn’t have to worry about the heat, so we were not sweating (laughs). It was cold and chilly and amazing for the song’s mood. We shot for two days.

What’s the best part about this song according to you?

I think what really works well in the video is the fact that Jigar and I are ourselves in the video. Music videos are hardly two to three minutes’ duration and in that time you have to tell a whole story. So, it has to be very sweet and simple and we kept it like that — a girl and a boy meet, break up and meet again…

What’s been the response you’ve been getting?

I was shooting in London for my film and I didn’t even get the chance to send the video to everyone. But all my actor friends are messaging me after seeing it on social media or on my Instagram. It’s a great deal for them to call or message me that they are listening to it on loop! It’s organically happening, I’m not having to ask someone to watch it.

I’m shooting for my first Bollywood film with Bejoy Nambiar called Taish. I’m opposite Harshvardhan Rane and it also stars Pulkit Samrat, Jim Sarbh and Kriti Kharbanda. I can’t talk more about the character but I can promise that I won’t disappoint my audience.