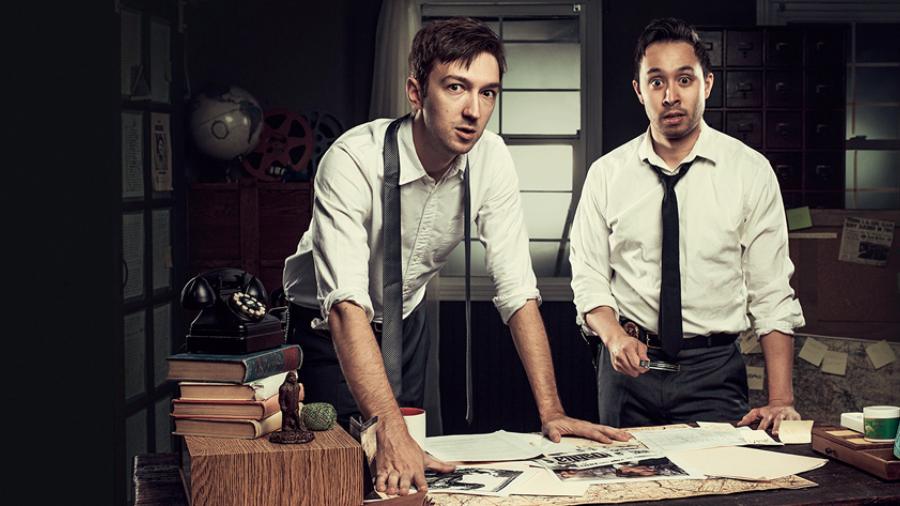 For weeks now, Monster: The Jeffrey Dahmer Story, has had a steady place in Netflix’s Top 10 series. Is it strange? Not really. Many of such series have been commanding Netflix’s top viewership ranks. It is reflective of the larger and increased interest in true crime and cinematised depictions of it.

True crime can be most loosely defined as the non-fiction documentation or narration of real criminal events through any audio-visual or even literary medium, by looking into the original and real details associated with the said crime. True crime podcasts and YouTube series (who doesn’t love a good Buzzfeed Unsolved: True Crime binge session?!) were some of the earliest releases related to the genre, and more recently, there has been an influx of true crime docu-series produced by streaming sites.

True crime series differ from other procedural series because they are, mostly, not fictionalised and are more focused on documenting the entirety of the process, including public reaction (even current) rather than focusing on the procedure that solved the crime as such.

The appetite for looking into the details of often gruesome crimes, however, is not all that novel. Public executions had been a popular spectacle in the earlier centuries. Some of the earliest origins of true crime can be traced to 16th-century Britain, when a lot of material documenting capital crimes was produced. The Vice notes: “Rising literacy rates combined with emerging print technologies led to the publication of several hundred crime pamphlets during the time.” Such publications were not only limited to reports or “judicial proceedings” but even sometimes included ballads around the incident of concern.

And now, it has evolved into series of podcasts, Netflix series and YouTube videos. The New York Times observes: “What distinguishes contemporary true crime is its sheer ubiquity: Entire cable channels and an endless churn of documentaries and podcasts tackle every angle and flavour of crime and criminal, while social media offers fans a way to participate.”

A dissection of the mind

With the rise of streaming platforms, true crime documentaries are also being produced more in number. Netflix has been stocking up on them, in particular, and to audience approval. There have also been dramatised depictions. Research suggests that this fascination stems from factors such as morbid curiosity, opportunity for vicarious experience and even desire for adrenaline rush. It is also largely facilitated by fear, but with the assurance that since the experience is contained in a controlled environment, it is largely without real-life implications. So, while the knowledge is present, a distance is established from the experience itself.

The psychological aspect of the crime, and especially the criminal, is also a pertinent factor of interest to viewers. True crime docu-series offers a dissection of the mind, which can otherwise be very difficult to understand. Such complex minds as of criminals, when put under such an engaging study, complete with suspenseful music and careful cinematography, contribute to the fascination. This interest also understandably escalated during the pandemic, which was in itself a strange phenomenon on many counts. The appetite for the strange yet surprisingly human realities found viewers hooked as they themselves lived through increasingly strange times.

According to a 2010 study published by Social Psychological and Personality Science, most viewers for both true crime and crime fiction are also women. Among many speculations and theories as to why it is so, a recurring reason that has cropped up is that since women are most often the victims in these criminal cases, watching these shows keeps them alert and aware of warning signs they can look out for. However, it can also lead to increased apprehension and fear, if not checked.

When House of Secrets: The Burari Deaths released last year, it produced renewed interest in a case that was remarkably chilling. Besides the opening frame of dupattas hanging from the ceiling or the truth behind the 11 sudden deaths in a family in Delhi, what perhaps remains most disturbing in the docu-series and the incident itself, is the sheer familiarity of the setting — a middle-class joint family headed by a domineering patriarch, and deep faith in religion and patriarchal social order. There is also Death, Lies & Cyanide on Spotify, a podcast that documents the Koodathai murders, involving the mystery of six murders, of family members, over a span of 14 years, committed by Jolly Joseph.

Ayesha Sood’s Indian Predator: The Butcher of Delhi comes almost a year after Burari Deaths. A serial killer is often considered to be a foreign concept in India but this riveting series hits home, literally. It traces the infamous murders committed by Chandrakant Jha, ones which had left the Delhi police force baffled, as they discovered butchered body parts across Delhi and particularly in front of the Tihar jail. Although it initially shows a fumbling task force, unfamiliar with the situation, it also shows their evolution that led to the conviction of the murderer.

What remains from the series is also a lesson in class division, as most of Jha’s victims as well as himself were poor migrants who did not command the same attention that is usually provided to members of the higher rungs of the society, even at death and murder. The docu-series, in incorporating accounts from several people, including the family of one of the victims, also makes it all the more real. Watching these Indian series can be scarier because the dingy alleys seem familiar as do the circumstances and settings. The distance that we so value in consuming such media can then seem to reduce.

Is the obsession harmful?

However, with something as gruesome as true crime, there is much to be considered. True crime documentation often toes a thin line between glorifying the criminal and dehumanising the victim, especially in dramatised depictions. While journalistic documentation or documentaries are usually more straightforward, cinematic representations like in Dahmer can be dehumanising to victims. After the release of the series, victims’ families have spoken as such and about the traumatising of families. According to The Conversation, Anne Schwartz, the journalist who broke the original Dahmer story, has called the recent Dahmer Netflix series “not a helpful representation”. The same piece also says: “Rital Isbell, whose brother was murdered by Dahmer, had her heart-breaking victim impact statement dramatised in the series without her knowledge or consent. She called the series “harsh and careless” in a piece in Insider expressing that “It’s sad that they’re just making money off of this tragedy”.

Arguably, there can be advantages to watching or listening to true crime series for viewers, like being more alert or understanding the flaws of the system that tries to apprehend the criminal. And if nothing else, there is always entertainment to be found while consuming the media of your choice. However, cinematised docu-series often stand to profit production houses and streaming giants without consideration for victims, survivors or their families.

Moreover, there have been many serial killers in history, most notably Ted Bundy and Richard Ramirez, who have and still are commanding devotion, admiration, and adoration which can be harmful. Therefore, it is reason all the more to take a critical approach to such media. While knowledge, whether for awareness or entertainment, is fine, we must be careful with the increased interest and popularity for this genre.