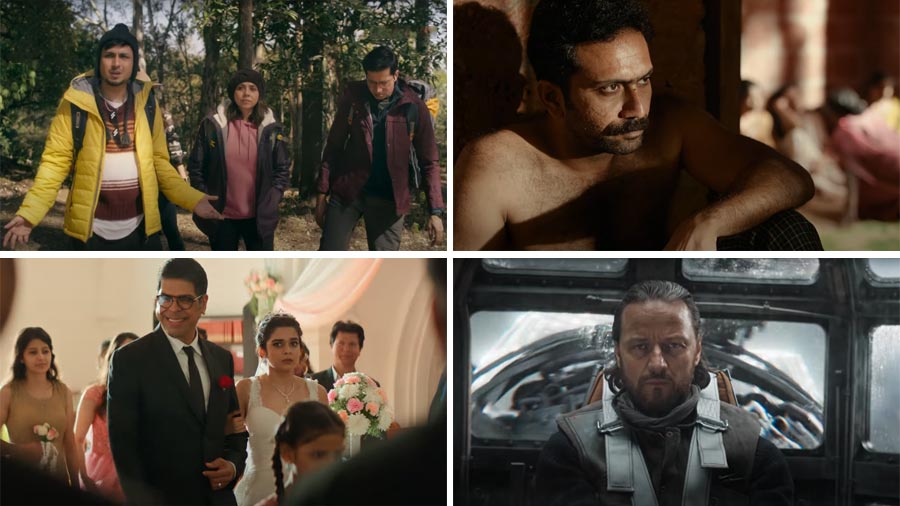 In the trailer, we see the siblings assembled again after learning that their parents are getting separated. The family goes on a trek in Manali while tackling the family-shattering event. The first two seasons of the series are streaming on the TVFPlay app and website, while the third season has been picked up by Zee5.

Tripling Season 3 will be streaming on Zee5 from October 21.

The third and final season of the HBO fantasy series His Dark Materials, based on Philip Pullman’s celebrated book trilogy, has been released. It stars Ruth Wilson, Simone Kirby, Will Keen, Lin Manuel Miranda, Amir Wilson and James McAvoy.

We get a glimpse of the final battle to save the world in this trailer along with the surprise return of Lee (played by Lin Manuel Miranda). The bulk of the latest season, however, will follow Lyra (played by Dafne Keen), who is known as ‘the prophesied child’.

His Dark Materials on HBO on Monday, December 5.

The official trailer of Telugu romcom Ori Devuda has come out. Directed by Ashwath Marimuthu, the film stars Venkatesh, Vishwak Sen, Mithila Palkar and Asha Bhat. It is a remake of Tamil blockbuster Oh My Kadavule.

The trailer chronicles the lives of a couple suffering from mutual distrust because of misunderstandings and miscommunications. It takes divine intervention and a unique journey for them to understand what they want.

Ori Devuda will arrive in cinemas on October 21.

In this trailer, we get to see the seamy side of the power struggle in Kerala. “The fight for yourself, for your people, for your soil!” reads the tagline of the film.

Padavettu will arrive in the theatres on October 21.