Advertisement
Home / Entertainment / ‘Thor: Love and Thunder’: Chris Hemsworth says playing Thor over the years has made the character more like him

‘Thor: Love and Thunder’: Chris Hemsworth says playing Thor over the years has made the character more like him 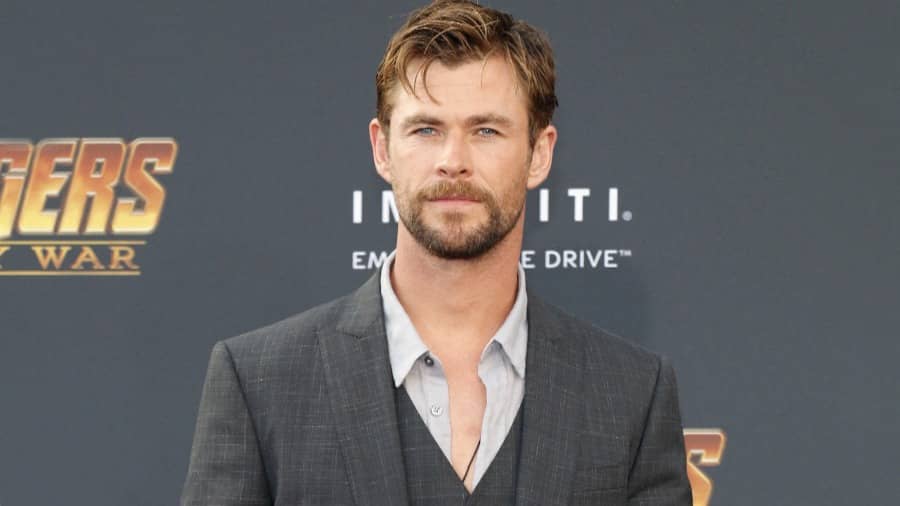 Eight films and over a decade later, Hollywood star Chris Hemsworth says from being an “obvious” comic book superhero, Thor has evolved into a character that embodies a lot of his personality traits.

Since 2011’s original Thor, the Australian actor has appeared as the Marvel superhero in The Avengers, Thor: The Dark World, Avengers: Age of Ultron, Thor: Ragnarok, Avengers: Infinity War and Avengers: Endgame.

The 38-year-old actor believes the makers had to rely a lot on the set “rules and guidelines” while making the initial few films, but that changed when filmmaker Taika Waititi came on board to direct Thor: Ragnarok.

“There's obviously a familiarity, but he (Thor) has changed so dramatically over the years as I have. And that's what has been kind of fun as the character's evolution and my opinions sort of melded in and crossed paths,” the actor said at a press conference.

“The origin story is not the easiest but the obvious one and there's a sort of set of rules and guidelines. After that, the challenge is, how do you recreate the character? And that's been the luxury, working with different directors and different casts and they all bring out something very different in you,” he added.

As Hemsworth returns as the ‘God of Thunder’ in the upcoming film, the actor said Waititi brought out the “immature, young adolescent” quality in the character which is close to what he is in real life.

“Since Taika got involved, he brought out the immature, young adolescent quality that I embody and so does Thor now, which he didn't in the original films. It was exciting and fresh. It was about having fun. Him (Thor) embodying this place as a child, enjoying and being caught up in the wonder and the fascination was fun... I feel like the character has probably become more me over the years and I hope in a fun way,” the Spiderhead star said.

Jojo Rabbit director Waititi is often credited for revitalising the Thor franchise by infusing humour and irreverence into the character in Thor: Ragnarok. He said that it was challenging for him to draw parallels between Thor and Hemsworth.

“When you meet Chris, it is very hard to figure out how to make them relatable. And that was the big challenge. His personality, his energy and who he is, is the kind of person that I'd want to be on an adventure with. He is someone who you can trust, who will be there to look after you, like a real-life hero. So, I just wanted to tap into those qualities and sort of make Thor more Chris,” the writer-director from New Zealand said.

The Asgardian God is seeking inner peace in Thor: Love and Thunder, which is set after the events of Avengers: Endgame. However, he must act again and enlist Valkyrie, Korg, and Jane Foster, who has transformed into The Mighty Thor, to stop Gorr the God Butcher from eradicating all gods.

Academy Award-winner Natalie Portman is returning as Jane Foster along with Tessa Thompson who reprises her role of Valkyrie. Academy Award-winning actor Christian Bale is making his Marvel Cinematic Universe debut with the project, starring as antagonist Gorr.

Bale, who has made a career out of essaying complex characters, said that it was a pleasure to play the villain as Waititi could tap into the depth of the character without losing on humour.

“There's a great pleasure in playing a villain. It's a lot easier to play a villain than to play a hero. Chris had a tougher job. Everyone is fascinated with bad guys immediately and then the beauty of it is that Taika can make it bloody hilarious and really moving as well in this story,” the 48-year-old English actor said.

Hemsworth said while Gorr may be the villain, the vulnerability with which Bale has portrayed it on screen is incredible.

“There is an empathetic quality, there's vulnerability, and you find yourself thinking that what he is doing is wrong, but I get the motivation behind it,” the Extraction actor added.

Thor: Love and Thunder is produced by Kevin Feige-led Marvel Studios. It will release in India in English, Hindi, Tamil, Telugu, Kannada, and Malayalam on July 7.