The Thugs of Hindostan is reminiscent of Manoj Kumar's Kranti 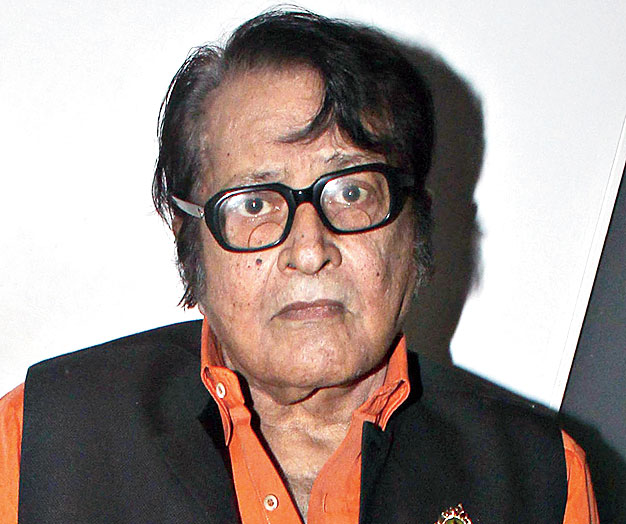 With Diwali around the corner and Thugs of Hindostan as that week’s big release, the trailer has been getting quite a bit of attention. Made on a Rs 150 crore budget, the Amitabh Bachchan-Aamir Khan-starrer is one of Yash Raj’s most ambitious films. With revolutionaries, the freedom movement, a ship in turbulent waters and the backdrop of British Raj, many have found it resembling Manoj Kumar’s Kranti. The younger audience, unfamiliar with the 1981 hit, connects with Aamir’s Ameer Ali, an unabashedly “desified” Jack Sparrow straight out of the Caribbean series. Thus, the best way to describe Thugs would be — Kranti On The Caribbean.

While the Kranti cry has been going on ever since the trailer was released, how does Mr Bharat alias Manoj Kumar himself feel about it? Manoj Kumar’s huge Juhu-Vile Parle bungalow, which nestled in the same lane where Hema Malini and Dharmendra have their sprawling residences, has given way to two tall buildings called Goswami Towers. Manoj Kumar’s real name is Harikrishna Giri Goswami.

The 81-year-old Manoj Kumar was a wee bit indisposed, so he spoke to me from under a quilt. It was, however, no indication of his mental alacrity — he’s as sharp as ever and he knows exactly what’s going on in the industry that gave him name and fame.

Has he seen the trailer of Thugs? A wide smile and a nod. Yes, he has seen it.

What does he think of it? He countered, what did you think of it? I mentioned the resemblance to Kranti. He gave a “Well, you said it” smile, diplomatically not saying it in so many words it resembled his film.

But he is pleased. That the kind of cinema he believed in and nurtured has come full circle and become popular again. That an Akshay Kumar has usurped his place and blocked all patriotic days — Republic Day and Independence Day — for his films that have a nationalistic flavour or a relevant social message. That every patriotic film pays ode to his iconic song, Mere desh ki dharti (from his film Upkar). That his golden jubilee film Purab Aur Paschim continues to be the theme of many blockbuster hits (e.g. Namaste London). Manoj Kumar follows it all with a smile of contentment.

“If people are making patriotic films today, it’s a good trend,” is all he says.

And he’s happy that he’s still acknowledged as the father of patriotic cinema. His birthday is on July 24 but his image as Mr Bharat was so strong that he received the maximum bouquets and wishes on August 15, his audience quite certain that he had to be born on the significantly patriotic day. “To this day,” he says, “TV channels play my movies on August 15 as if it’s my birthday. I still get a response like we’ve just had a big premiere.”

He had to flee Lahore with his family when he was 10. His cinema had much to do with his father, an ultra-patriot, who headed the refugee camps in Delhi after Partition.

While today, many talk of Akshay making movies based on some of Narendra Modi’s pet schemes, Manoj Kumar was invited by the then PM, Lal Bahadur Shastri, for a chat in Delhi. Manoj’s inclination for patriotic cinema had just surfaced with Shahid, the first Hindi film on Bhagat Singh.

Shastri was the PM who had coined the catchy “Jai Jawan Jai Kisan” line in the 60s. When Manoj met him, Shastri asked him if he could make a film on his slogan. A man of few words, Manoj had come out of the meeting pensive. On the train from Delhi to Bombay (he was always averse to air travel), Manoj wrote the full script of his superhit film Upkar, which further popularised the “Jai Jawan Jai Kisan” slogan.

Certain things are just meant to be. Manoj Kumar and patriotic cinema will always be taken in the same breath. Also, politicians and filmmakers have always been compatible bedfellows.

Script's in English, has medical terms: Anupam Kher is newcomer on New Amsterdam