Ted Lasso S02 is the balm we need to maintain sanity 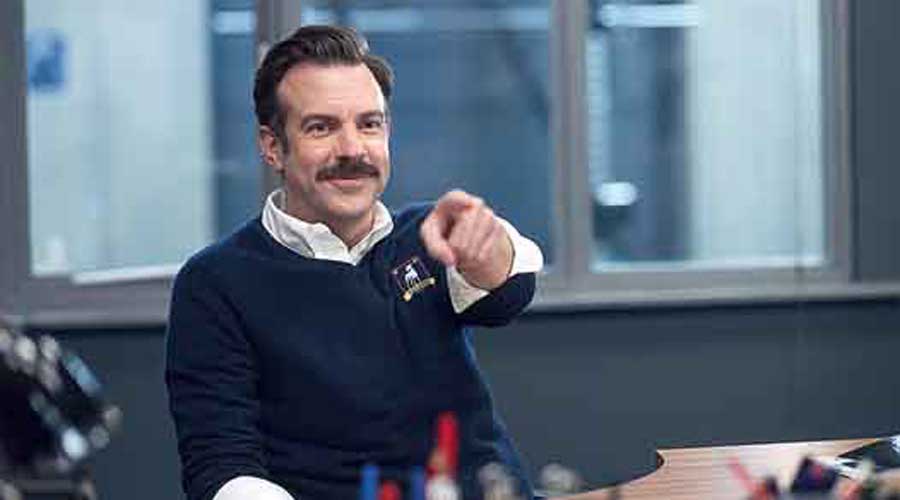 When sleep is disrupted at 2am, I have often tried to lull my brain into believing that I’m a good guy. Taxes get paid. Neighbours are not disturbed. The cat gets fed. The garden is in full bloom. And the family remains unbroken. Or am I a part of the problem? I can be cynical, assuming every other new person I meet is heartless. And I can be skeptical about the future in general. And the usual way of shifting focus from this unending cycle of messy thoughts — by watching TV — hasn’t gone down well during the pandemic… not until a few months ago. Once past the pilot episode of Ted Lasso, I realised that optimism has a smell — it smells of the tea-hating, people-loving, optimism-inducing, self-sacrificing American football coach Ted Lasso who does an Atlantic crossing to become the coach of AFC Richmond.

The second season of the Apple TV+ show is set to air this week with a clear message — everyone wants to have a degree of the mustachioed coach Ted in them, an ounce of his boundless optimism. We need to hear Ted say, “Y’all kicked their butts from soup to nuts” with a thick Kansas drawl.

Folksy wisdom is the need of the hour

The new season begins with AFC Richmond relegated from the Premier League to Championship, which is not enough to dampen Ted’s (played by Jason Sudeikis, who is also one of the developers of the show) enthusiasm or his appetite for aphorisms. Hired by AFC Richmond owner Rebecca Welton (Hannah Waddingham) to sabotage the team only to punish her adulterous ex-husband, Ted not only wins her over with optimism, he makes her the club’s biggest fan.
The show’s strength is its optimism while football is a tent pole around which everything transpires. Ted arrives in London unschooled about the traffic direction followed in the UK or worse still, with zero understanding of the sport, not even the fact that a match can end in a tie. He doesn’t give up. He doesn’t walk away. Instead, he teaches everyone to “believe” in themselves. At one point Rebecca asks him if he believes in ghosts. “Oh, I do. But more importantly I think they need to believe in themselves,” is the reply. Ted’s folksy wisdom is what the world needs.

On the field, AFC Richmond is stuck in a string of ties with an on-field incident forcing the management to bring in sports psychologist Sharon (played by Sarah Niles) while off the field, the characters delve deeper into their messy existence. We already know that the star player Jamie Tartt (played by Phil Dunster) has returned to Manchester City after trying to foil the Lasso way of thinking, and the foul-mouthed Roy Kent (played by Brett Goldstein) is wondering about his career after suffering a knee injury. In the locker room, the voices dominating are of Dani Rojas (Cristo Fernandez) constantly shouting “football is life” and Sam Obisanya (Toheeb Jimoh), the recruit from Nigeria, who is homesick but at the same time, is ever-grateful to AFC Richmond for having him over.
Continuously fielding for Ted are assistant coaches Beard (Brendan Hunt) and Nate (Nick Mohammed), and director of football operations Leslie Higgins (played by Jeremy Swift). And fielding for Rebecca and her current boyfriend Roy Kent is Keeley Jones (Juno Temple) whose sense of humor is endearing. The first season was spent turning upside down the sitcom formula of having a level-headed central character, who serves as glue to a wacky team. Here, the people around Ted are complex human beings who bring out the best in Ted. The second season — going by the few episodes I had the opportunity to watch before the Friday debut — highlights the importance of empathy, not just on the football field but in all walks of life. Players on a team or the employees of an organisation can be made accountable without the boss being patronising. The Lasso way involves being a good manager of resources. When a player’s confidence is shaken, his is the shoulder to lean on. When personalities clash, he allows himself to become the punching bag. When odds are stacked against the club, he becomes the guiding light by accepting a simple fact — good ideas can come from anyone. There will always be football matches or challenges in office, but it’s only by creating a healthy atmosphere matches can be won and challenges, surmounted.

Ted doesn’t hesitate to elevate Nate from being the kit man to assistant coach. He allows Leslie, the director of football operations, to bring in a sports psychologist even though his personal experience has been quite different. He doesn’t interfere when the club’s owner Rebecca takes decisions that may auger ill financially in the long run.

Without giving away the plot, all I can say is that tension among the characters in season two is intense but there are also long stretches when we see people getting along because they have been touched by the Lasso philosophy. In a world full of misery, everyone longs for happiness and Ted personifies that. “There are two buttons I never like to hit, all right? And that’s ‘panic’ and ‘snooze’,” says the coach.

It’s tough to define leadership. But when crisis hits, it’s easy to identify it. During the pandemic, a few leaders rose to the challenge through empathy, many fell short and a few of them, dismally short. While discussing leadership, three words turn up over and over again — compassion, empathy and humility. Ted arrived in England with zero knowledge of football only to prove that kindness and empathy can be transformative. If the second season of Ted Lasso proves to be the balm we need to maintain sanity, the central character highlights that nice guys don’t finish last. 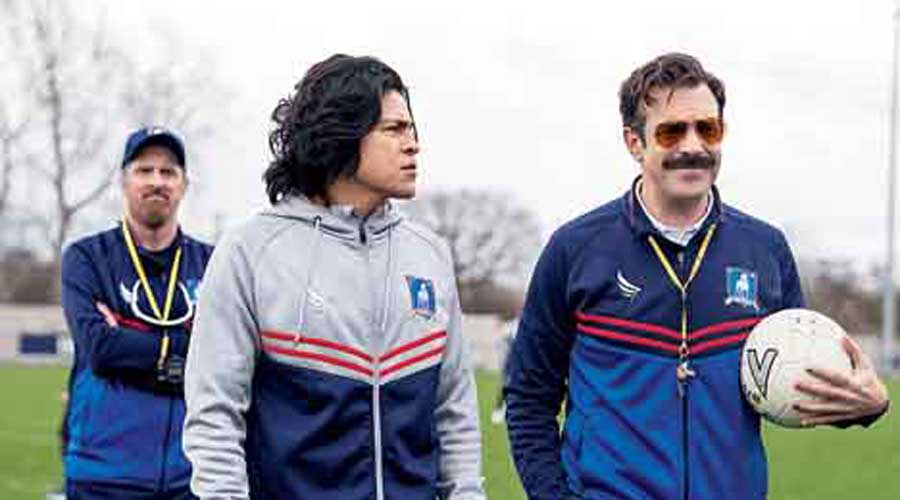 ⚫ If God wanted games to end in a tie, she wouldn’t have invented numbers.

⚫ What I can tell you, is with the exception of the wit and wisdom of Calvin and Hobbes, not much lasts forever.

⚫ There are two buttons I never like to hit, all right? And that’s ‘panic’ and ‘snooze’

⚫ How many countries are in this country (the UK)?

⚫ Will you explain to me how that was offside? No! I’m asking you. Seriously! Explain offside to me. It makes no sense.

⚫ I believe in Believe.