As the second season rolls in, we see the characters gathering the pieces resulting from the explosive finale of Season One 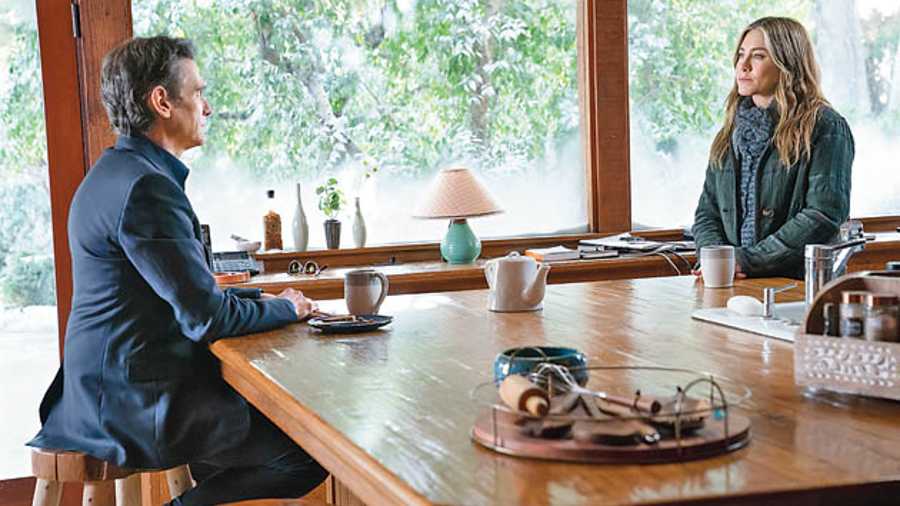 Jennifer Aniston wearing oversized jumpers and reading glasses draws viewers in to Apple TV+’s The Morning Show, which is in its second season. Alex Levy, her character, is chopping log, writing her autobiography, carrying a truckload of guilt and always wondering if she blew up her career by speaking up about the sexual misconduct scandal at her network, the UBA.

As the second season rolls in, we see the characters gathering the pieces resulting from the explosive finale of Season One. Mitch (Steve Carell) — the co-anchor of the TV programme (also called ‘The Morning Show’) he hosted with Alex — is nursing his wounds drinking himself silly at an Italian villa, Alex is by the fireside of her house, rookie journalist Bradley (Reese Witherspoon) is now the face of ‘The Morning Show’, Cory Ellison (Billy Crudup) is now the top man of UBA after replacing Fred (Tom Irwin), and Eric (Hasan Minhaj) is the new co-anchor of the show.

The sexual misconduct The Morning Show highlighted in the first season was relevant because the #MeToo movement was very much on and names were tumbling out of the cupboard globally. The new season has to deal with the fallouts, as the reputation of UBA has been harmed and top faces have disappeared. It’s not the easiest of corners to get out of for Kerry Ehrin (she serves as the showrunner) and her team. 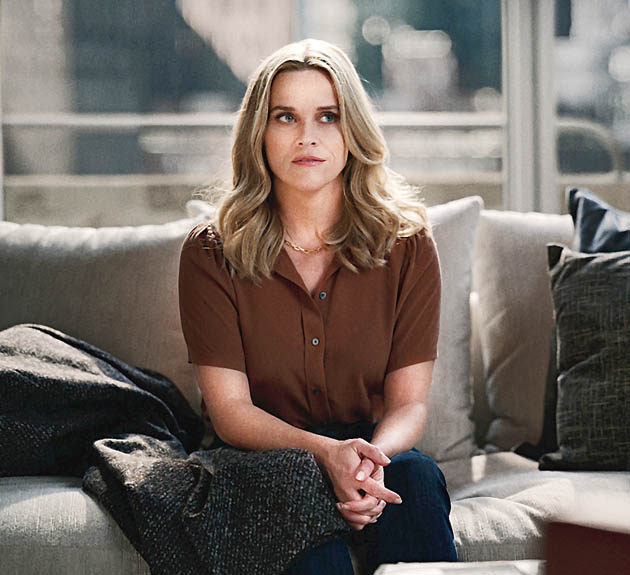 Reese Witherspoon stars as Bradley on the show
Apple TV

The early moments of Season Two is dominated by Cory who is trying to stitch things together. Played by Crudup, Cory commands appreciation with his wry humour, even winning an Emmy for the first season. But it’s a show that’s supposed to be about two women — Alex and Bradley — taking on the men who run the orgnisation. More support has arrived in the form of the new chief, played by Greta Lee, who comes through as a strong character.

The first episode of Season Two shows that Alex maybe out of the newsroom but she’s needed. Cory knows that Bradley alone cannot pull up the ratings while her co-anchor Eric comes through poorly etched. The best dialogues, the best moments, the best scenes in the season opener involve Alex and Cory as the latter persuades her to return, even if it’s for a year.

But the problem lies in the foundation of Season Two — it’s set in the moments 2019 is giving way to 2020 when the world at large wakes up to the pandemic, and it’s also the time when Donald Trump increased his political voice in the run-up to the elections. It’s a time people would like to forget and it’s a time that some other shows are touching upon.

The most consistent factor binding the two seasons is Aniston’s no-nonsense acting. She can switch gears and is in a phase when she is far more than Rachel Green. How she has made herself relevant to an audience that was born after Friends went off the air is commendable. Crudup too is a joy to watch because of his ability to build a character from various angles. His natural sense of drama shines on the second season.

The problem is, Bradley’s character sketch as a journalist is unconvincing. Even though Bradley is made to appear as the replacement of Alex in the new episodes, she likes to play second fiddle. And, journalists don’t carry a pocket flask for a shot of courage; they live near pubs. The other pitfall is the setting. Alex is shown writing her autobiography in a house that would make Jennifer Aniston proud. Mitch has found an escape from all the attention in an Italian villa that Steve Carell may visit dozen times a year.

Yet, there’s hope. Things are just beginning to settle down as Alex decides to visit UBA network once again by the time the first episode ends, enjoying the fabulous view of the skyline from the office. It’s the show’s opening title sequence that holds the key with its jazz number and dancing circles, symbolising improvisation, which we will see in plenty in the second season of The Morning Show, which is currently streaming on Apple TV+.