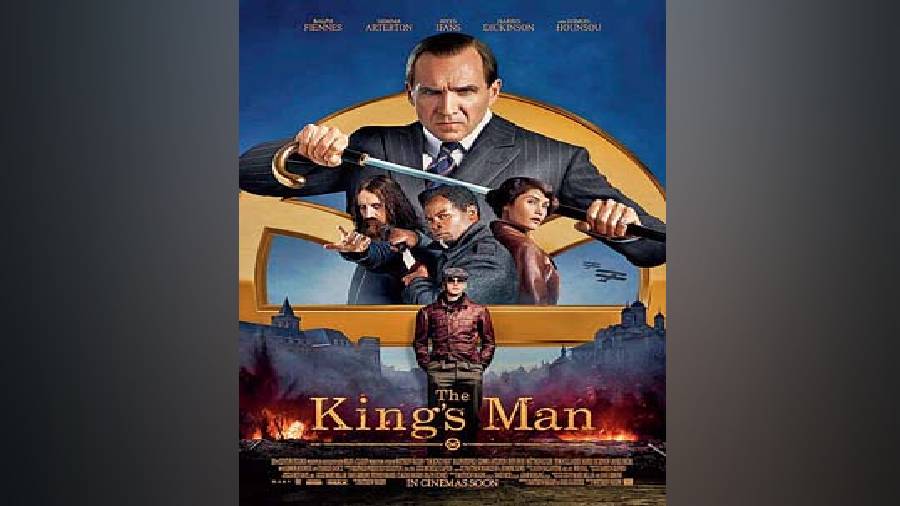 Any movie that lists “Rasputin dance choreographer” in the credits deserves at least a look. And, to be fair, The King’s Man  — a prequel to Matthew Vaughn’s jacked-up series about elite British spies headquartered in Savile Row — has more than a gyrating monk up its impeccably tailored sleeve.

Mainly, it has Ralph Fiennes to ensure that the centre holds. As Orlando, Duke of Oxford and the spy agency’s founder, Fiennes might read more cuddly than studly, but he lends a surprising gravitas to this flibbertigibbet feature. Try doing that when you’re being head-butted by an angry goat.

Set during World War I, as Orlando and his allies race to prevent a nefarious cabal from erasing Europe’s ruling class, The King’s Man leads us through a dense thicket of violence to present the origin story of an agency whose raison d’être, we are told, is world peace. (A mission apparently concealed from the characters in the two previous films.) International skulduggery fills the frame, the hopelessly convoluted screenplay (by Vaughn and Karl Gajdusek) swerving from loony (a mountain lair guarded by the aforementioned livestock) to reverent (an impressive battlefield rescue, realised without digital assistance).

Buffering the gobsmacking action sequences, Ben Davis’s stately, wide-screen images allow our eyes to refocus. Gusto performances, including Gemma Arterton as a nanny running a secret network of servant-spies, help atone for the plot’s nuttiness. The franchise’s always-simmering homoeroticism, though, boils over whenever Rasputin (an ecstatically demonic Rhys Ifans) is around.

“Take your trousers off and sit down,” he commands Orlando, before licking a battle wound on the aristocrat’s thigh. On the evidence of Fiennes’s face, the Duke’s only desire at that moment is for a strong cup of tea.