Advertisement
Home / Entertainment / Team Bulbbul on the palette, pastiche and players of their critically acclaimed film

Team Bulbbul on the palette, pastiche and players of their critically acclaimed film

'The fact that these demonic forces are usually women and their genesis is always an act of violence that leads a regular woman into becoming a demon', says the director 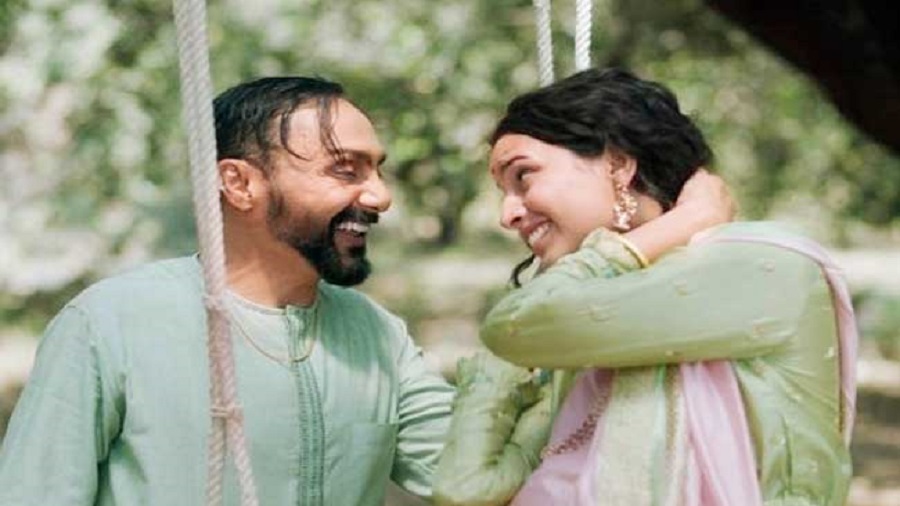 Their film is still trending somewhere close to the top of the Netflix charts. With the chatter around Bulbbul refusing to die down (and rightly so), part of the team — director Anvita Dutt and actors Tripti Dimri (who plays Bulbbul) and Rahul Bose (who essays the parts of brothers Indranil and Mahendra) — came together for a Zoom chat organised by Tata Steel Kolkata Literary Meet and moderated by festival director Malavika Banerjee. Excerpts...

What made you want to tell the story revolving around the myth of the demonic woman, variously referred to as ‘yaksha’, ‘petni’, ‘chudail’ and some other names in different parts of the country?

Anvita Dutt: ‘Yakshi’, ‘petni’ or ‘chudail’... these are things that little girls are called in the corridors of their homes or schools or playgrounds when they don’t behave according to the set norm. I think these had an influence on me... the fact that these demonic forces are usually women and their genesis is always an act of violence that leads a regular woman into becoming a demon.

Very early on, a young Bulbbul asks, ‘Vash kya hota hain?’ In many ways, that question and its various answers sum up Bulbbul. It’s not an angry film, but there is a layer of controlled rage. How did that thought stay with you while making the film?

Anvita: There is a very quiet rage in the film. But also, funnily enough, Rahul (Bose) and I were talking about this last night and he told me, ‘The film is all things you’. He said a couple of things, and one of them is rage. He said, ‘You have this very quiet anger witnessing things unfolding around you’. That kind of a rage is sometimes needed. 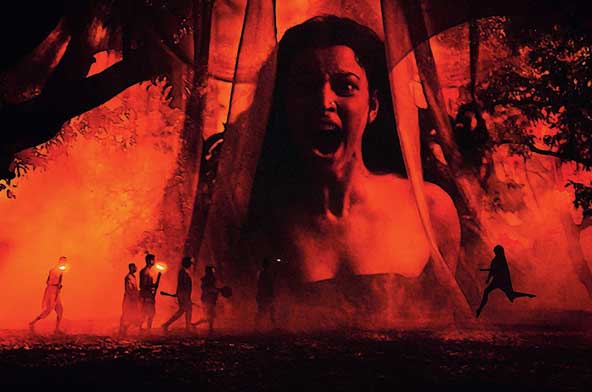 The two roles are also not spectacularly massive roles. But they are the triggers for everything that happens to Bulbbul. To use a cricket analogy, not everyone will remember Gary Sobers as the man who hit six sixes in an over, but everyone will remember the bowler Malcolm Nash who got hit for those sixes — Rahul Bose
Sourced by the Telegraph

Tripti, what was it like to translate such a complex character and a film with so many layers?

Tripti Dimri: I heard the narration from Anvita and she explained this girl to me. I got very excited and the minute I got out of the office, I called my mom and said, ‘Finally, I have got something interesting’. Anvita and I worked together for two months to understand Bulbbul and her relationships with the various characters.

Rahul, what made you want to take up these twin roles?

Rahul Bose: One of their close colleagues, Anshai Lal (who directed Phillauri, produced by Anushka Sharma’s Clean Slate Films) suggested my name for Indranil and Mahendra. Anvita and Karnesh (Ssharma, producer) were intrigued, but they said, ‘But will he do it?’ Perhaps they thought it was too small a role. When I was offered both these roles, I realised that it would be the same face on screen for both. The two roles are also not spectacularly massive roles. But they are the triggers for everything that happens to Bulbbul. To use a cricket analogy, not everyone will remember Gary Sobers as the man who hit six sixes in an over, but everyone will remember the bowler Malcolm Nash who got hit for those sixes. I read the script and called Anvita and talked and talked and talked.

Anvita: He had read the script in barely two hours. For half an hour, he just spoke about the script... he didn’t talk about his roles or himself. He only spoke about how moved he was by the script. He was talking about the script with the kind of love that I have for my script. He then asked me this question that blew me away, ‘Are you sure you want me... are you sure you think I can do this?’ I was so shocked because I expected him, after all the lovely things he had to say about the script, to say, ‘But... you are a first-time director, I don’t know if you’ll be able to pull this off’. But he asked me that question with such grace and such humility that I said, ‘I don’t care how this happens now, this man is doing my film’. He brought that grace and humility to set every day... he would surrender to the role, the film, the director. Sometimes, I felt so overwhelmed by the love that he had for the script that I felt I should have cast him as Bulbbul!

Rahul, how did you approach playing the terrible twins?

Rahul: The first thing that came to my mind was all my Bengali relatives saying, ‘Ki?! Tumi rape korbe, tarpor murder korbe?! Isshh!’ So they had to withdraw all my matrimonial ads from the newspapers! (Laughs) Honestly, you have to feel it and you have to play it truthfully. It does take you to the dark space of unbridled violence. You just have to find it.. and you have to do it. This pushed-to-the-wall, entitled rage.

When it came to Mahendra, however, it was very difficult. There was no intent... he’s a 40-year-old man in terms of his biology, the rest of him is frozen at age 10. So when he clambers on her, there is sexual arousal. And Mahendra has never been denied, he’s the zamindar... he’s never been told, ‘Aisa nahin karte’. But later, he realises that his ‘gudiya’, meaning Bulbbul, is broken, and hence the scene of him rushing down the corridor. So in that respect, it was tougher playing Mahendra, but it was darker playing Indranil.

Tripti, how did you find the layers within you?

Tripti: Even for Bulbbul, it’s almost like a double role... the before and after. I was told that she’s very calm, she has many flaws, but she’s made peace with them. A person who’s complete in herself, she’s her own soulmate. For me, it was difficult because I am not yet as evolved as Bulbbul is. I workshopped a lot with acting coach Atul Mongia and he told me to change my breathing pattern because Bulbbul is very calm. On set, Anvita asked me to concentrate on my breathing, just meditate in a corner.

A lot of references have been pointed out by many close-watching Bengalis. There’s the influence of Charulata, a little bit of Monihara.... Were these influences casually there or was there a context?

Anvita: Most of it was subconscious, but yes, (Rabindranath) Tagore... I have been influenced by how he wrote his women chraracters... beautiful, strong and yet so helpless and there’s a certain hopelessness to them, specifically in Nashtanirh. The conscious effort always is to not do something that’s already been done, because that’s your story. But then some influences of some of the people I have read and loved would have invariably crept in. I am deeply flattered that my name has been said in the same sentence as Tagore. It doesn’t matter, if it’s a compliment or criticism, but just ‘Thank you’.

Rahul, you are a film-maker as well. Talk us through the technical aspects of the film...

Rahul: I spoke to Siddharth Diwan (the film’s director of photography) after I watched Bulbbul the second time. In all the films I’ve done, barring (cinematographer-director) Santosh Sivan, who is a genius with the camera and directed me in Tahaan and Before the Rains, I have found that most DoPs will light it to look correct and frame it to go along with the narrative, while some will explore a scene to further enhance what the director wants. But very few DoPs will focus on the actor’s intent at that point and work to maximise that.

In Bulbbul, the mythic shot of Indranil beating her against the ‘Sita haran’ painting... how gorgeous is that. Or when Bulbbul’s legs are broken and she’s crawling to the bed. These are outside of Siddharth’s contributions to the palette, pastiche and aesthetics of the film. He really understood what was needed from the actors’ point of view.

Anvita: I gave art references, instead of film references. The blood moon had to have the effect that it’s not real. The sari references were my own ones... I love jamdaani. It’s interesting that as an actor, Rahul felt that Diwan was amplifying his performance. I felt that he amplified every thought I had, every shot I took.