Advertisement
Home / Entertainment / Taapsee’s wish: to play an Indian superhero in the Marvel universe & a role in Article 15

Taapsee’s wish: to play an Indian superhero in the Marvel universe & a role in Article 15

'I want to be an Indian superhero in the Avengers' 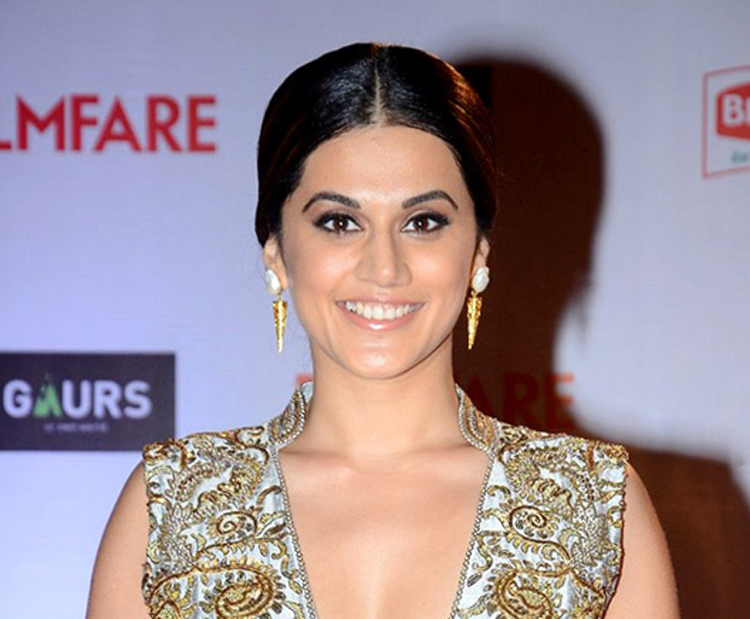 Taapsee Pannu said she wants to play an Indian superhero in the pantheon of Marvel Cinematic Universe’s Avengers films.

The star said she is “personally attached” to these films and hopes she gets an opportunity to play a superhero in her career.

“I hope I get a chance in my life to be a superhero in Avengers. That’s the only role that I think I’ve not done. I don’t want to replace any character, I want to be an Indian superhero in the Avengers. I remember Captain Marvel released along with Badla. After I saw the Captain Marvel trailer, I told my sister, ‘Had I done this, it would have been something else’,” Taapsee said.

The 31-year-old actress, who was speaking at an interaction with film critic Rajeev Masand, said she has a huge crush on Iron Man, famously played by Robert Downey Jr in the Marvel universe.

When pointed out that the character was dead in the MCU, she said: “I cried in the theatre. I was so sad.”

Taapsee said she would have loved to feature in Ayushmann Khurrana’s role in Article 15, directed by her Mulk helmer Anubhav Sinha.

“I don’t think I have that with female characters. I haven’t felt that if I played a particular female character, the film would turn out differently. But I loved Article 15, I thought I would’ve also done a great job had I done Ayushmann’s role,” she said.

“I can say that as they are two good friends. They won’t take it in the wrong way. But I keep telling this to Anubhav Sinha: ‘I would have also done a good job, sir’,” she quipped.

One of the audience members asked if she felt Judwaa 2 was going to be a strong script, when she read it. She replied simply saying she “knew it will cross Rs 100-crore mark”. “No matter what you say, that’s the only film in my filmography that has crossed Rs 100 crore at the box office. Now that’s not a joke on me, it’s on the audience,” she added.

Taapsee also credited the Varun Dhawan-fronted film for making her the face of “unconventional mainstream cinema”.

“Today, people don’t keep me aside saying that she’s an indie actor or she does only offbeat roles. They see me as the face of unconventional mainstream cinema. I will always be thankful for Judwaa 2 for that because when people wanted to stamp me after Pink and Naam Shabana, the film suddenly came where I was in the conventional Hindi heroine avatar. I had to prove to the other side, that I’m not doing these films due to lack of options, those are my choices.”