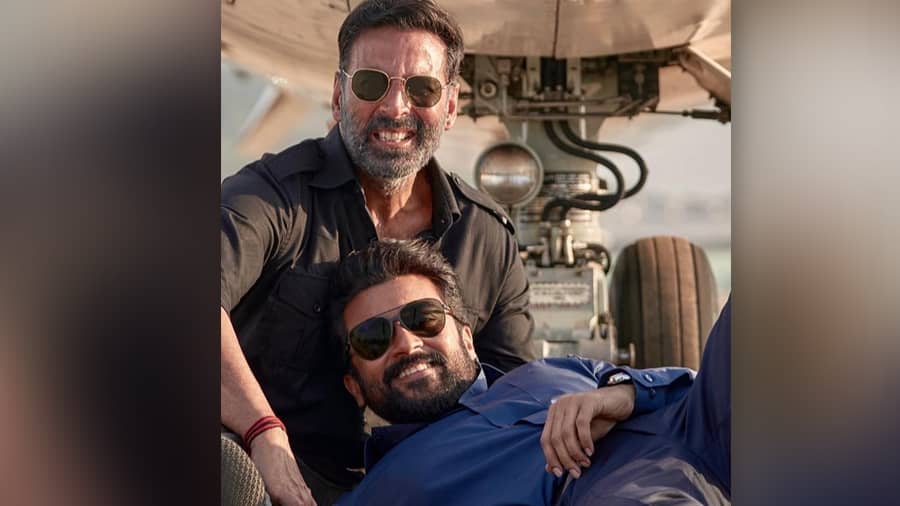 Directed by Sudha Kongara, the 2020 film was headlined by Suriya. The Hindi remake, also helmed by Kongara, will see Akshay Kumar take up the role originally played by Suriya.

The composer gave an insight into the soundtrack and background score of the upcoming movie to fans on social media.

“Finished recording three songs for #sooraraipottru Hindi remake. Will be a completely fresh album with new tunes and songs. And new bgscore super charged about it (sic),” he wrote on Twitter.

Soorarai Pottru revolved around Nedumaaran Rajangam or 'Maara', played by Suriya, who sets out to make the common man fly and in the process takes on the world's most capital intensive industry with the help of his family, friends and sheer will power.

The film's story was partly inspired by events from the life of Air Deccan founder Captain G.R. Gopinath.

After the multiple National Award win of Soorarai Pottru on Friday, Akshay sent a congratulatory tweet to the team of the film.

“Over the moon to see #SooraraiPottru win the top honours at the National Awards. Heartfelt congratulations my brother @Suriya_offl, #AparrnaBalamurali and my director #SudhaKongara. Humbled to be working in the Hindi adaptation of such an iconic film,” Kumar had tweeted.