It brings the viewer full circle and ties it all up pretty neatly, even as it continues to leave us with a host of unanswered questions 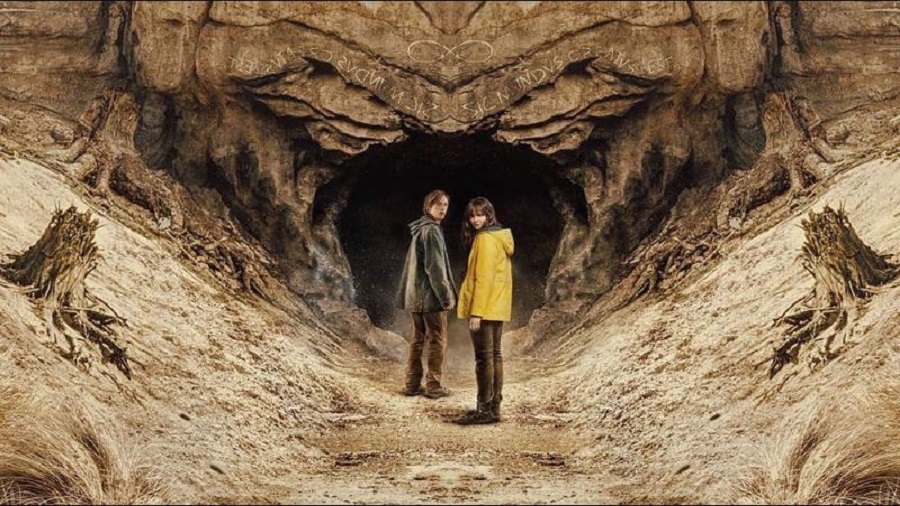 It’s not enough to just be a fan of Dark. To fully appreciate the show, loaded as it is with chaos and complexity, mind-bending twists and jaw-dropping turns, one needs to be a student of Dark, fully absorbing every moment of what plays out, forever observant of what the show may throw at you next. And yet, you may find yourself often struggling to connect and construct, programme and process what happens in its final season.

But that’s where the beauty of Dark has always been. Juggling a bewildering number of concurrent timelines and causal loops, alternate universes and multiple avatars of the same characters, the German series on Netflix — with its taut and tactical precision in writing and expert untangling of its labyrinthic story arc — manages the feat of bowing out on a high, living up to its reputation of being one of the most mind-bending shows in recent times. It brings the viewer full circle and ties it all up pretty neatly, even as it continues to leave us with a host of unanswered questions. But then again, that’s where the beauty of Dark has always been.

The first few frames of Season 3 play out almost like a soft reboot of the first season, with Winden — the seemingly sleepy German town that stashes many a secret in its dark bosom, its inhabitants, specifically four interconnected families spanning many generations, having harnessed the potential of radioactive material in the town’s nuclear power station to travel back and forth in time — operating as a mirror universe of what it was in the first two seasons. This is a world without its main protagonist Jonas (Louis Hofmann), and in this universe, it’s his (actually deceased in another timeline and alternate universe, but brought back by deus ex machina) girlfriend Martha (Lisa Vicari), right down to the symbolism of the yellow parka, who becomes the instrument through which much of the initial action plays out.

The players in this Winden universe remain more or less the same, but their equations with each other are not what they quite were, the chess pieces, so to speak, being arranged and rearranged to fit a format in which Jonas doesn’t exist. That sets up the initial intrigue of Season 3 quite compellingly, added to the fact that the apocalypse at the end of Season 2 has forced some of its key members to travel as far back as the late 1800s.

With Season 2 closing out with the idea that some of the Winden folks can now access an alternate universe (“Not when, but in what world”), the new season deliciously builds on its inherent complex narrative, exploring everything from sci-fi tropes and themes to Biblical allusions to philosophical arguments, even as it dizzyingly travels between decades and centuries (1881 to 2053), throwing up the idea of different worlds, alternate dimensions and two warring factions pulling out all the stops to keep their own worlds from hurtling towards an impending apocalypse.

Can the dead and the alive exist at the same time? Can two different realities coexist? Can different versions of the same person live in different timelines, their actions and reactions in the past informing their present and their future? Can an infinite chain of cause and effect lead everyone in both worlds to relive the same fate over and over again?  Is every death a new beginning? In Season 3, Dark — created by Baran bo Odar and Jantje Friese — continues to expand on the intricacy of its immanent ideas, but all of it explodes with the characters being thrown into a chaotic but cohesively structured time-travel continuum, in which they reckon with both emotional and metaphysical conflicts.
The season builds on its initial premise of ‘The beginning is the end and the end is the beginning’ and ‘Everything repeats itself’, alluding to phenomena and paradoxes like Quantum Entanglement, God Particle, Infinite Loop and Schrodinger’s Cat. Not to mention the chain of Bootstrap Paradoxes that runs through the whole DNA of the show, and finally fulminates this season.

There is a lot to absorb and process (“what we know is a drop, what we don’t know is an ocean”) and Dark, as it hurtles through the eight hour-long episodes in Season 3, ensures that you scarcely have a moment to pause and ponder, even as your brain ticks on continuously trying to piece together what seems to be an impossibly cryptic jigsaw puzzle.
But what makes Dark, despite its “tick-tock” feel and mind-boggling imagery, such a captivating watch is that it manages to ground its soaring ideas in strong emotionality and a smaller, more intimate conclusion that does justice to the show’s larger ideas of love, loss and betrayal. That comes courtesy Jonas and Martha, who are at the front and centre of the action here. The two are “the glitch in the matrix”, as they discover and then set out to make things right, their love for each other standing strong, and heart-wrenchingly translating into that beautiful scene where they walk the bridge separately into a starry void and see childhood versions of each other, before they are wiped out of existence.

But not before they leave you with the familiar words, “We are a perfect match. Never believe anything else”. Which, in a way, sums up Dark. A brilliant show with a perfect endgame.