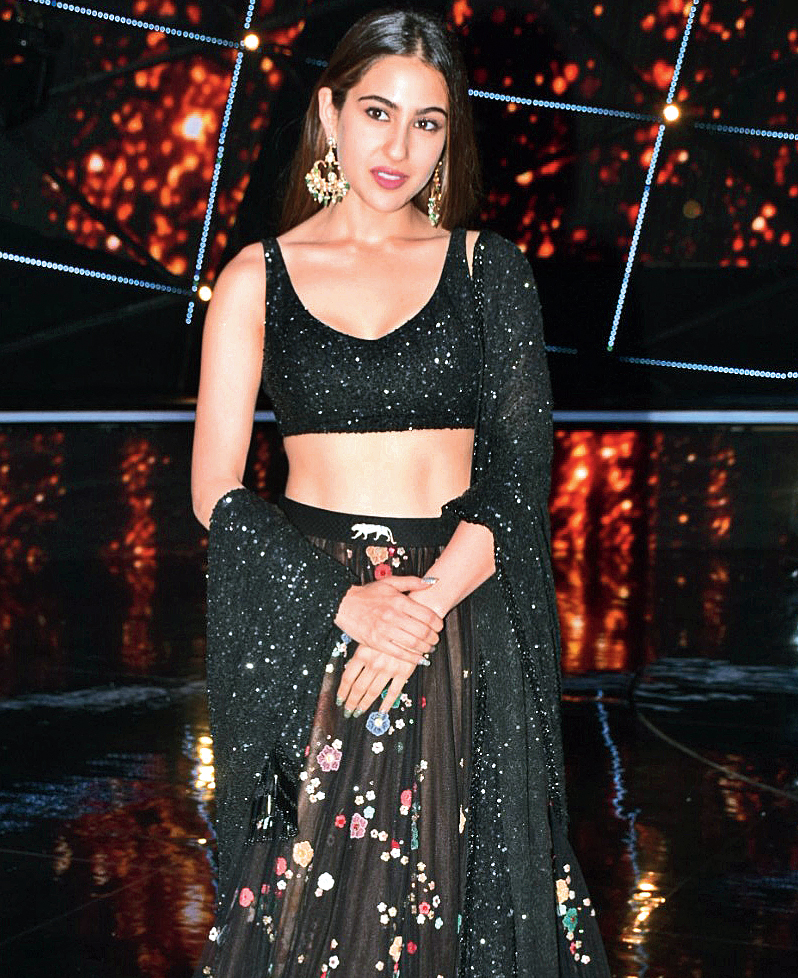 Sara Ali Khan is set for her big Bollywood debut in Abhishek Kapoor’s Kedarnath opposite Sushant Singh Rajput after the film ran into troubled waters.

Daughter of Saif Ali Khan and Amrita Singh, and granddaughter of Sharmila Tagore and the late Nawab Mansoor Ali Khan Pataudi, 25-year-old Sara is no stranger to the world of film royalty. And, she is making heads turn even before Kedarnath hits the screens.

The film goes with the tagline “Love is pilgrimage” and is centred around the 14-km journey from Gauri Kund to the Kedarnath shrine.

Sushant plays a happy-go-lucky Muslim pithoo (porter) who earns a living carrying devotees on his back to the shrine. Sara plays a young Hindu devotee who falls in love with her bearer. Shades of Jab Jab Phool Khile (or its remake Raja Hindustani) anyone, minus the Hindu-Muslim part? Then comes the devastating floods coupled by landslides that hit Uttarakhand in 2013. The disaster and the love story now get entwined, a la Titanic.

Sara says she is humbled by all the attention: “I would like to thank all for being so warm and welcoming me. I have not done anything to deserve it. Hopefully, now after watching the film I would.”

The actress said she could not make her debut earlier as she was busy completing her education.

“My father wanted me to finish my studies before I took up films. When Kedarnath’s script came up, and I got the opportunity to work on this film, I had already liked it. My parents always trusted me and supported me. But the decision on this film was mine,” she revealed.

Before Kedarnath’s release, Sara already has another Bollywood biggie in her bag — Rohit Shetty’s Simmba opposite Ranveer Singh.

Asked which film she would like to release first, Sara said: “How can you ask me this? Both films have been such different experiences. Yes the pressure is more on me. I got the films easily as I belong to the industry. But I will have to see how the audience reacts and accepts me. It’s finally their decision. I have tried my best and Sushant Singh Rajput has been a great co-star. He helped me with Hindi and acting as well.”

On Kareena Kapoor Khan giving her acting tips, she said: “I think Kareena is very professional and I have tried to imbibe a lot from her. Otherwise I get a lot of tips from mom. She has loved the film. Honestly she is going to love the film as I am her baby.”