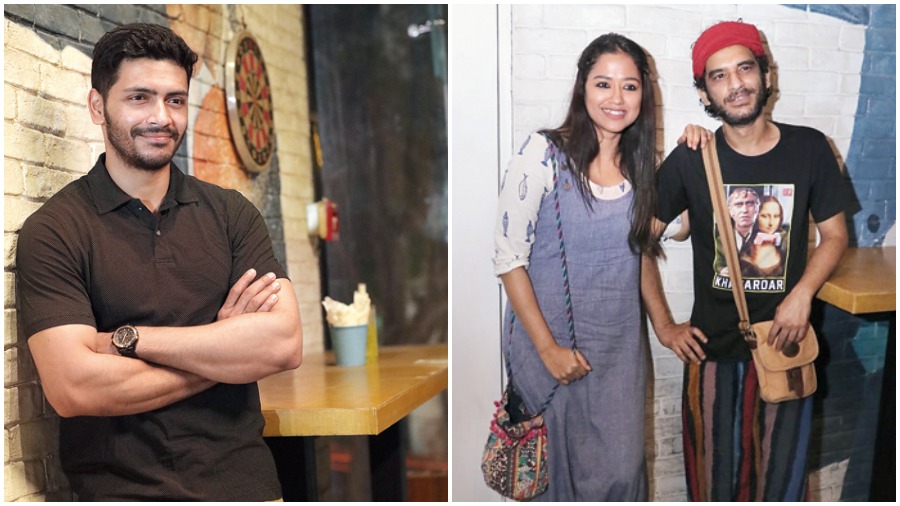 Five years ago, on March 30, the trailer launch of Kaushik Ganguly’s film, Cinemawallah, starring Paran Bandyopadhyay, Parambrata Chattopadhyay and Sohini Sarkar, took place. The trailer dropped to critical acclaim. Interestingly, the announcement of Kaushik Ganguly’s new film Kabaddi Kabaddi, starring Sohini, Ritwick Chakraborty and Arjun Chakrabarty, happened on March 30 in 2021. “This is an amazing thing... it fills me with so much joy,” smiled Sohini, who shared this anecdote at the announcement.

In Kabaddi Kabaddi, Ritwick plays a primary school teacher who is also a kabaddi coach, while Sohini plays his sister. “I play Chanchal. He’s a state-level kabaddi champ with national aspirations. Milonda (Ritwick) is his coach and Chanchal respects and loves him blindly. He is a passionate individual who also happens to be in love with Milonda’s sister Sheema (Sohini),” says Arjun. The film is about the various hues of love.

“I wanted to work with Kaushik kaku for a long time and I’m super glad it’s finally happening. I know the unit and I’ve already worked with Ritwickda and Sohini before. This is a beautiful story with brilliant cast and crew. It’s an honour and privilege to be amongst them,” says Arjun. What makes Kaushik Ganguly’s films so special? “He always chooses very humane stories. Stories that are relevant with characters who are all around us. The uniquely emotional execution and writing that he uses to bring the stories to life is his speciality. That is where his success lies. In being real. I greatly enjoyed watching Jyeshthoputro. It’s amazing that he finally chose me to be a part of this one,” smiles Arjun.

Of course, Kaushik and Ritwick go back a long way. Kaushik’s award-winning film Nagarkirtan saw Ritwick delivering a superb performance. Ritwick had also put in a brilliant act in Kaushik’s memorable film Shabdo. He had played Tarak, a foley artiste. “Ritwick has a certain innocence. He’s so effortless as Tarak. Tarak goes through a difficult phase in the film and Ritwick has really surprised me in those parts,” Kaushik had told t2 then.

Of course, Ritwick and Sohini had crackling chemistry as they played the symphony of wedding wows and woes in Mainak Bhaumik’s film Bibaho Diaries. So, the new film is poised to be a big one. The shoot of Kabaddi Kabaddi, produced by ABS INFOZON PVT.LTD., starts soon