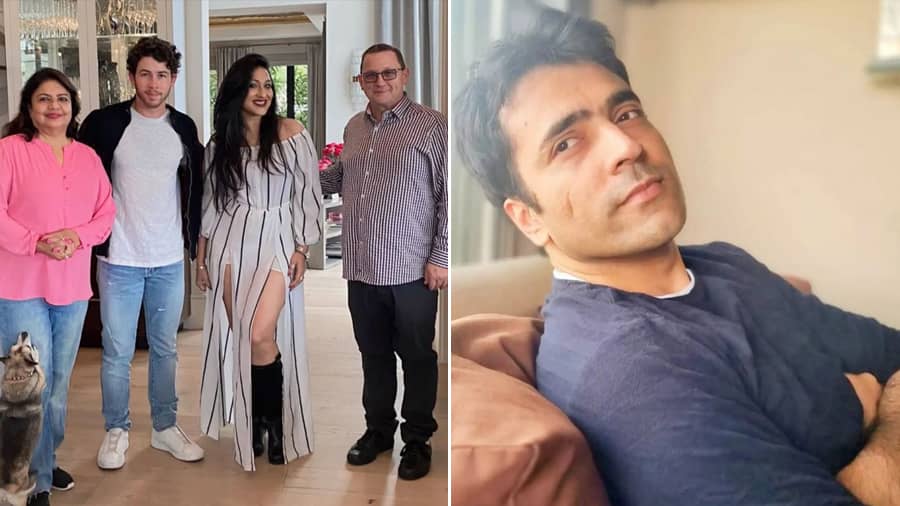 Ankush Hazra shared an old picture with deceased actress Aindrila Sharma and bid adieu to her with an emotion-filled note.

Dev, Rukmini Maitra and Rituparna Sengupta grooved to the title track of Prosenjit Weds Rituparna. The film releases on November 25.

Subhashree Ganguly looked resplendent in a yellow outfit while having a blast at the mehendi ceremony of her friend.

Abir Chatterjee thanked his friends and fans for the love they poured in on the actor’s birthday. “Humbled with so much love. What else can I say...,” he wrote alongside two pictures of himself.

Jeet’s cool selfie with his nephew Harshal from the latter’s thread ceremony is adorable.

Parambrata Chattopadhyay was relaxing at home with his furry friend on a Sunday “after a very long time”.

Parno Mittra is giving us winter fashion inspiration with her latest reel from London.

Anupam Roy had a rejuvenating moment on the banks of the Atrai river in Balurghat.

Paoli Dam is having a gala time in Chicago, and here are her recent clicks. The actress also had an observation to share with her followers.