He made sonic-scapes accessible to guitar players that had hitherto not been known. Like someone opening a portal to another dimension and everyone following suit. 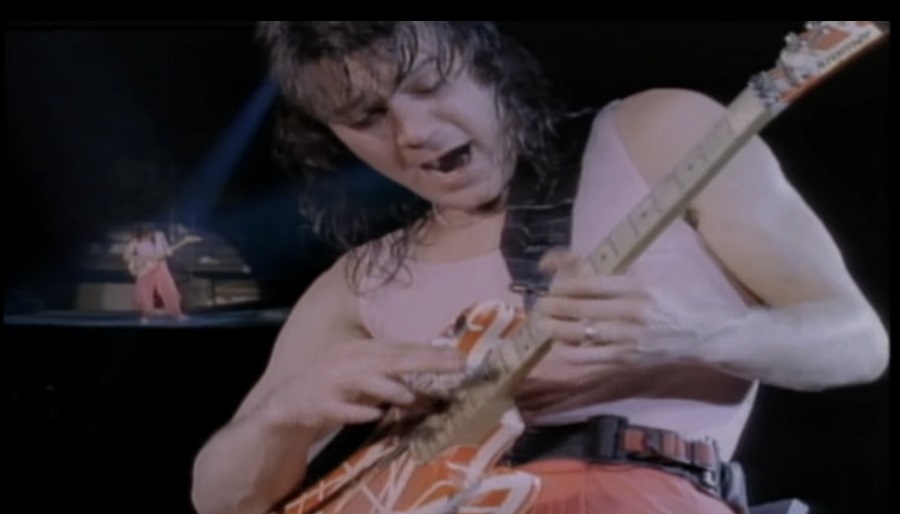 I still remember the first time I heard Eddie Van Halen, the iconic rock guitar god who left the mortals behind on Tuesday. It was like Dr Hoffman's bicycle trip through the outskirts of Basel, Switzerland.

Much later, I got to know it was the Van Halen concert film called Live Without A Net. Back then, when I was barely fumbling through C, G and F on the guitar, it was like feeling an eruption of lava all over my aural skin.

Music, as the music critic Alex Ross explained in his delightful book The Rest Is Noise: Listening to the Twentieth Century, is nothing but noise your brain perceives as music. And Edward Van Halen was one of the very few musicians who can reset the settings in your brain that make it perceive a set of frequencies as the sound of music.

Van Halen's eponymous debut album stands out in the history of rock music as one of those that defied the set rules of the time. Like Jimi Hendrix's Are You Experienced.

Even now, guitar pedal makers are coming up with new boxes that claim to produce the “brown sound” that Eddie Van Halen made famous. Even now, budding guitar players are trying to tap out the solo on Michael Jackson's Beat It. As an aside, check out YouTube video of the veteran sessions cat Steve Lukather talking about how the Beat It solo was eventually produced.

The Van Halen family came to the United States from the Netherlands by sea “with a piano and $50.” On the ship, brothers Alex and Edward and father Jan played music. “We played piano, we were like the kid freak show,” Eddie would recall later.

Father Jan was a janitor in California apart from playing music. Mother Eugenia worked as a maid. The Van Halen brothers — brother Alex on drums — became one of the largest-selling bands of all time. They killed the disco sound and ushered in the outrageous Eighties.

It was his technique that led to the development of the Floyd Rose tremolo system, in which the bridge of the guitar (where the strings end in the body) sways both ways with the tremolo arm and the strings still stay in tune.

Guitars used to have tremolo arms, but without a locking nut and the modifications since the Floyd Rose system was developed, the modern guitar “dive bombs” were not possible, unless your name was James Marshall Hendrix.

Eddie Van Halen attached a light dimmer to his Marshall amplifier to make it scream — when the power tubes saturate and give the electric guitar a sound even the best computers in the world have not yet been able to fully replicate, yet — at low volumes.

Eddie Van Halen's innovations went beyond just the hardware of electric guitar. He changed the sound of guitar with his fingers too, treating the axe like a piano, and deploying his picking hand to tap out notes.

He made sonic-scapes accessible to guitar players that had hitherto not been known. Like someone opening a portal to another dimension and everyone following suit.

Carlos Santana said T-Bone Walker invented the shoe, the rest of the guitarists invented shoe styles. You could say the same of Eddie Van Halen.

Eddie said he was inspired by watching Jimmy Page to come up with tapping. Eddie also said Eric Clapton was his biggest influence, but none of that showed when he played. The Eddie Van Halen sound was so unique that it heralded a new way of playing guitar.

Eddie, or King Edward, as he was in the hall of the six-string greats, was battling cancer for a while. The doctors had to cut off a part of his tongue. It was also sad to see him try and make a comeback since 2015, and there are videos on the Internet that will make Van Halen disciples cringe.

But as a friend texted me in the morning, “there are so many memories attached to his music.”

Perhaps therein lies the success of Eddie Van Halen's era-defining music. He was the soundtrack to lives, and that's what eventually lives on — beyond the inventions, the innovations, the light & show, and death.