Advertisement
Home / Entertainment / Human is watchable only in parts; trips over its own excesses

Human is watchable only in parts; trips over its own excesses 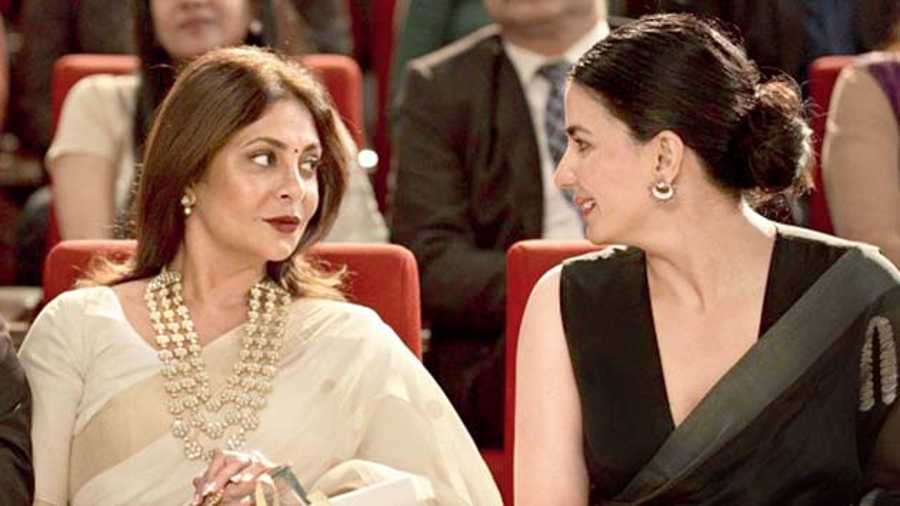 Unethical drug trials. Feverish cover-ups that don’t even stop at murder. Relationships built and bludgeoned, dictated by amour and ambition. Switching of sides, political to personal to professional. The privileged taking advantage of those on the fringes and reducing them to human guinea pigs. A tinge of totalitarianism, echoing The Handmaid’s Tale. A “trauma erasure” drug. Homoerotic overtones. And then some more. Much, much more.

The core idea of Human is to bring to light the murky underbelly of the medical business, through the specific lens of human drug trials, carried out by giant pharma companies, and aided by hospitals, on the poor and illiterate, silencing them with money, and often without their consent. But the 10-episode series, now streaming on Disney+Hotstar, suffers from the problem that is now increasingly becoming the trademark of many film-makers trying to transition from telling a story in two hours on the big screen to 400-odd minutes on streaming. In the name of ‘layering’, ‘detail’ and ‘exhaustive character arcs’, they tend to pack in too much, a few quite unnecessarily, and most often to the point of overkill.

Created by Vipul Amrutlal Shah and Mozez Singh, Human has its heart — pun intended — in the right place, but its writing and world-building is too feeble to match its ambition. As a result, the show remains watchable only in parts and finally trips over its own excesses. And no, not even Shefali Shah’s eyes — which have rescued many a project — can make up for the ultimately exhausting watch that Human turns out to be.

Shefali plays Gauri Nath, the head honcho of a multispecialty hospital in Bhopal, whose medical legacy is courtesy her adoptive family, and who believes that the brain rules every human, leading to her becoming one of the city’s top neurosurgeons. But she is shown in the operation theatre only about once in the entire runtime of Human. For Gauri is far more busy playing a beguiling manipulator, trapping pharma heads and political players into allowing her to carry out drug trials. Gauri’s brain is constantly ticking, but her Machiavellianism, as is common when layering a protagonist-antagonist in most writing these days, is semi-whitewashed by personal tragedy — from a past steeped in the Bhopal gas tragedy to losing a young son.

Shefali, as she had told The Telegraph in an interview last week, chooses to play her “lioness like Bambi”, but isn’t able to pull it off effectively. The lilting tone is ineffectual and after a point, her portrayal of Gauri reeks of artifice. Not something that we ever thought a Shefali Shah performance could be accused of. But then, everyone has their bad days.

The heart of the series, first in tandem with Gauri’s brain and then gradually in opposition, is provided by Saira Sabharwal, a young cardiac surgeon who joins the system and gradually realises that things are not what they seem. Kirti Kulhari, fresh-faced and bringing in a certain rootedness to Saira that Shefali’s portrayal of Gauri severely lacks, makes the most of a complicated character that borders on the grey, but eventually fails to rise above the unwieldy script.

The third primary player is Mangu (Vishal Jethwa, delivering a compelling, if slightly over-the-top performance), a boy from the slums, whose ambition to make a quick buck sees him push his own family into a drug trial that leaves them scarred for life and sets him off on a mission.

Apart from these parallel narratives, and the sub-narratives within those narratives, there is a lot more going on in Human. That includes the aforementioned Handmaid’s Tale-styled segment, in which Seema Biswas’s bizarrely-written character holds centrestage, and which frankly comes off as more outlandish than disturbing. Multiple threads and too many characters ensure that you gradually switch off from Human, just sticking to it for some well-directed scenes and a few performances.

Human takes place in a post-Covid world (yay, we survived!), providing a silver lining to an otherwise grim viewing exercise. The rest, to be frank, is a blur.