Advertisement
Home / Entertainment / ‘Is Mumbai a mini Pakistan? I am sorry, but it is not even close’

‘Is Mumbai a mini Pakistan? I am sorry, but it is not even close’

Renuka Shahane, who took on Kangana Ranaut for likening Bombay to PoK, chats on politics and where she fits in 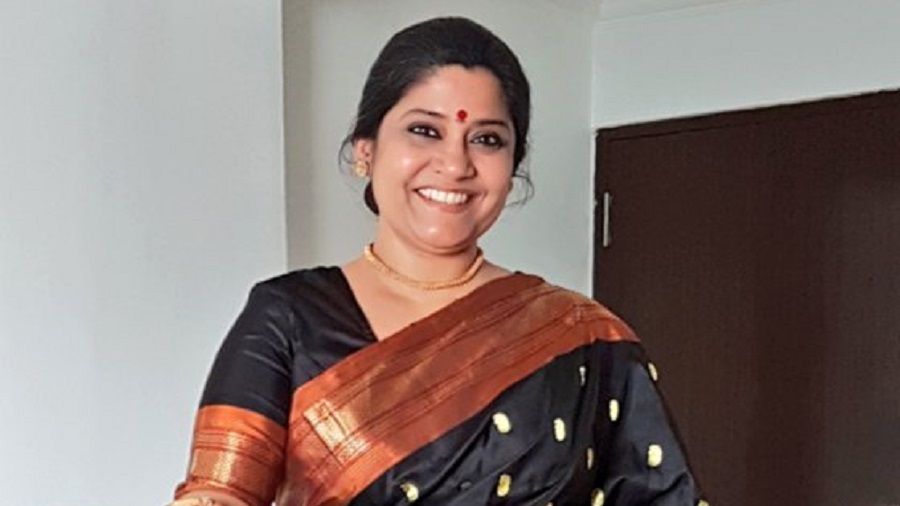 I am not sure how many people actually sound like their social media voice, but Renuka Shahane does. The actress-turned-director is not coy about voicing her views, political and otherwise, and yet in voicing them she does not seem all consumed with self-righteousness, nor is she frothing at the mouth as is the dharma of the times.

Days before this interview, even as she is wrapping the Netflix offering Tribhanga, starring Kajol, Tanvi Azmi and Mithila Palkar, the tweets have been rolling off her handle. September 3. In response to one of actress Kangana Ranaut’s Mumbai-feels-like-PoK tweets, Shahane writes, “Mumbai is the city where your dream of becoming a Bollywood star has been fulfilled, one would expect you to have some respect for this wonderful city...” September 4. In response to Ranaut’s “when did criticising the poor administration of a government become equal to the place being administered”, Shahane said, “I am all for criticising governments... Your comparison was really in bad taste.” But on Wednesday, when the Brihanmumbai Municipal Corporation or BMC bulldozers have a go at Ranaut’s office, Shahane takes to social media; this time to point out that she might have been outraged by the other actress’s remark but she is “appalled by the revenge demolition”.

When I remark that very few people in the Hindi film fraternity do as much online or in the public eye, she says, “Frankly, I do not consider they are against me. In terms of issues, it could be any government — Maharashtra, Kerala, West Bengal — they are all my governments. I am a citizen of India and bigger than any government. My voice as a citizen is the biggest democracy.” It seems to me, Renuka Shahane can speak her mind because she has no victimhood complex. Her tone is not in the least belligerent and I think I can hear the famous Surabhi effervescence.

But that does not mean she has forgotten the “like PoK” comment of Ranaut. She says, “I still don’t understand what she means. What is she trying to say? Mumbai is being ruled by Pakistanis? Is Mumbai a mini Pakistan? I am sorry, but it is not even close to it...”

The next few minutes she cannot stop talking about “what I love about Mumbai”. She talks about its “cosmopolitanism”, its “all-embracing” nature, how there are few places in India that are as safe for women. Sentiment and words (“struggle”, “Maharashtra”, “progressive”, “Bhakti movement”), names and icons (“Savitribai Phule, Mahatma Phule, B.R. Ambedkar, Chhatrapati Shivaji Maharaj”), all fuse and flower into an incantation. A passionate incantation of a life, a magic, a promise that goes by the name of a city, the same that Ranaut has attempted to annihilate with accusation.

Shahane is known to put out her views about issues on social media. The assault on JNU student Aishe Ghosh, the Unnao rape, the Kutch menstruation debate — over 60 college students were allegedly forced by hostel officials to remove their undergarments to check if they were menstruating. During the interview, Shahane invokes the Constitution more than once, brings up governments, governance, democracy, repeatedly. I ask what politics means to her? She begins by saying what it is not — for her at least. “It is not limited to a political party.”

She continues, “It is everywhere, in everything that makes us who we are. Being political is about nursing an ideology, a set of beliefs, your idea of your life or your country. Our opinion on everything is centred around the politics of being.”

But then there is the risk of heavy trolling, fair, unfair, unabated; does that not scare her? Her husband, actor Ashutosh Rana — whose book Ramrajya has recently been published —has a satirical poem to his name wherein he says, “Jung maidan pe nahin, social media pe jaari hai.” Shahane replies with equanimity, “We are privileged by our education, by our class, by our caste. I don’t think we should feel scared. If we are going to feel scared of voicing our opinions, then who will?” Oftentimes she shares and retweets the memes about her, will often play along with the trolls who call her “bhabhiji” (a reference to the character she played in Hum Aapke Hain Koun).

She adds, “If I think there is something wrong happening, I will call it out even if they are people who agree with me most of the time. If there is something good that the central government does, I will not hesitate to appreciate. As a citizen you have to understand there are some things the government does which will improve your life and there are places where they don’t make our lives better and you have to call them out, without fear.” As for social media, she says she prefers to use it like a tool, a democratic tool, instead of the other way round.

For a while the conversation swings back to the late Sushant Singh Rajput. Ranaut’s outburst, after all, can be traced back to the day immediately after his death, when the actress had called out industry insiders, accused the nepotism brigade of pushing Sushant over the edge. “Both Ranaji and I have worked with Sushant and we know what a decent boy he was. If anyone abused a woman in front of him, he would be the first to call them out. He would have been appalled to see that people are abusing women in his name...” she says.

Shahane recalls how Sushant had volunteered to drop Rajput from his name when members of Karni Sena vandalised the sets of the film Padmaavat, and announced a hefty prize money for anyone who would chop off lead actress Deepika Padukone’s ears and nose. “Very few men in Bollywood open their mouths if you’ve noticed, whether it is (for) Tapsee or Kangana or Swara,” she says.

But we are back to Ranaut. And Shahane is saying, “My contention is that from the very beginning she (Ranaut) has been shifting goalposts, keeping Sushant Singh Rajput as her peg. She has used the platform (Twitter) to bash people left, right and centre, those who might or might not have had anything to do with SSR... It was mainly about hungama khada karna hai.”

We are still on the nepotism talk and I am just going over my points. Shahane’s father was with the Indian Navy and mother is a career journalist and writer, even her husband is not from a filmi background. Or is he? “My sasural is far from Bollywood,” she replies. She talks about their kheti in Kirgi in Madhya Pradesh.

So what was it like being an outsider in an industry full of insiders? What has been Rana’s experience? Shahane prefers to answer for herself only, but lets on, “We always say that we are from the Indian film industry. Ranaji has done pan-India films — from Tamil to Telugu, Hindi to Bengali. I have done Marathi, Telugu and Gujarati films.”

Speaking of the many Indias, I ask her if working on Surabhi had its own learnings and revelations about India in all its variety. “Absolutely!” she replies. “Sitting in Mumbai, you have no idea of the world unless you travel. Travelling is a huge education. With Surabhi, though we were in Mumbai, the country opened up for us. We could see what was happening in Ladakh or in Kanyakumari.” She says even before Surabhi she would always believe herself to be proud to be an Indian but could never reason it out. She says, “It was through Surabhi that I realised why. Now I know it is because of that diversity, the various languages, religions, the way people live and celebrate.”

And yet she also did a TV show like Circus, the legendary Hum Aapke Hain Koun and plenty of Marathi films. How easy or difficult is it to embrace all those different Indias? Says Shahane, “It is very easy if you have an open mind.”

Even with Ranaut and her views, Shahane has tried to maintain that approach. She says she agrees with some of the things Kangana has raised. “There should be more acceptance for people who come from outside and are not star kids. That equality of opportunity should be there.” She talks about the Me Too movement. “It was important to call out people, we need to clean up the system.” She is emphatic, “If there is a drug problem (in the industry), we need to clean that up too”.

But Shahane stops at toxicity, the accusations, the vilification, the politicking. It does not mean that she minces her words though. I ask her what she has to say to Ranaut’s question to her, “...were you also waiting like a blood thirsty vulture to pounce and get a piece of my meat”. Shahane says straight off the bat, “Vultures feed off carrion and we know that somebody has been feeding off a person who has passed away three months ago. So who is the vulture here?”

She could be talking about anyone when she says, “When you have decided that your ideology matches a particular party’s, whether they are in the opposition or in power, your mindset becomes that of trying to side with them even though things are not correct.”