From family functions to film parties, these real-life brothers and sisters are constantly setting sibling goals 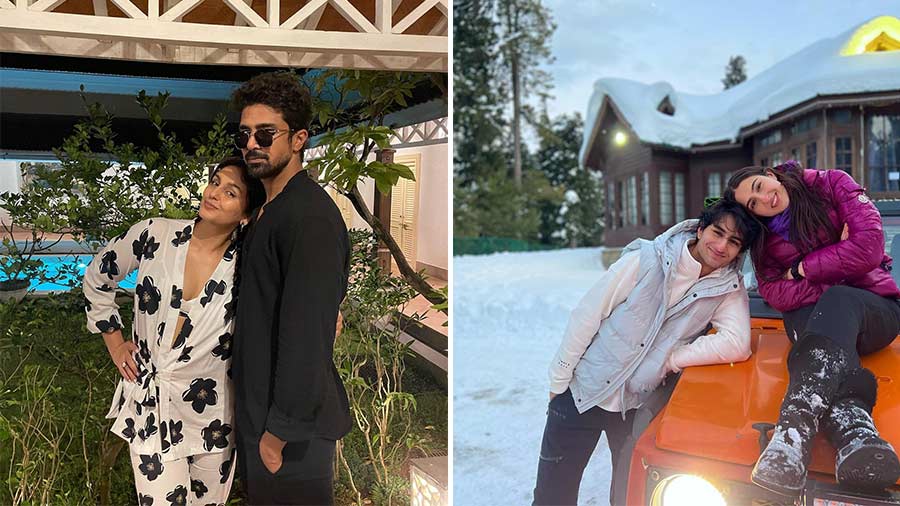 The Pataudi siblings are often seen at family events but are yet to star in a film together. Saif’s elder son Taimur and Soha’s daughter Inaaya are also spotted playing and spending time together on Soha’s social media feed, and the Rakhi photos of the two little ones are just adorable.

Saif Ali Khan and Amrita Singh’s daughter and son – the second generation of Pataudi siblings – have the funniest banter on social media. While Sara has established herself in the film industry, Ibrahim is set to make his Bollywood debut with Karan Johar’s remake of Hridayam, the Malayalam-language coming-of-age romantic drama film directed by Vineeth Sreenivasan. The B-town siblings make numerous public appearances together.

The to-be mother Sonam and Mirzya actor Harshvardhan are more like friends. They also have a very close relationship along with their sister Rhea Kapoor, who is a producer.

Arjun is close to his step-sisters Janhvi and Kapoor, and are often seen together at family celebrations. While both Arjun and Janhvi have had recent releases (he in Ek Villain Returns and she in Good Luck Jerry), Khushi is awaiting her debut in Zoya Akhtar’s The Archies.

Huma Qureshi and her brother Saqib Saleem may have come from a non-filmy background but have made their place in Bollywood. The talented duo have acted together in Prawaal Raman’s 2017 horror film Dobaara: See Your Evil.

The young sibling duo started their careers on television. Jannat Zubair gained recognition with her role as Kashi in the show Ab Na Rahe Tera Kagaz Kora on Imagine TV. Her younger brother, Ayaan Zubair Rahmani, also made his way into the television industry with Jodha Akbar on Zee 5. The sibling duo often share cute and funny reels on Instagram.

Another talented sibling duo, Sharman Joshi and Manasi Joshi Roy often share their love for each other on social media. Both brother and sister are powerful actors. While Sharman has given memorable performances in blockbusters like Rang De Basanti and 3 Idiots, Manasi has made her mark in television with shows such as Saaya, Gharwali Uparwali and Kkusum.

Mohra actor Suniel Shetty’s children, Athiya and Ahan, set serious sibling goals. Athiya followed in her father’s footsteps and debuted in films with Hero (2015) alongside Sooraj Pancholi. Ahan followed suit and made his debut with Tadap (2021) opposite Tara Sutaria. On Raksha Bandhan, Athiya also shared the cutest pic of her and Ahan, with the caption: “I’ll always have your back.”