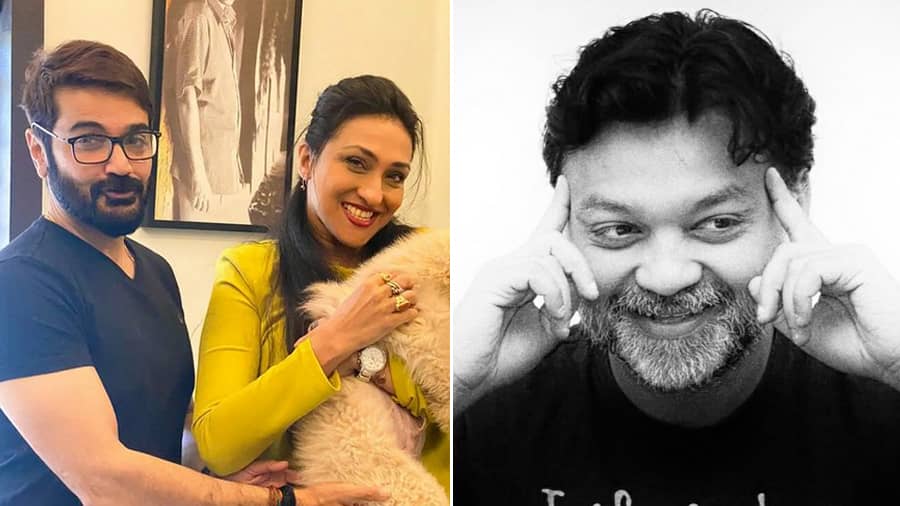 Prosenjit and Rituparna Sengupta are set to return as on-screen couple in Samrat Sharma-directed Prosenjit Weds Rituparna. The two actors have previously shared the screen space in hit films Praktan and Drishtikone.

Ankush Hazra keeps leaving his friends and fans guessing about his next holiday destination. And this time, he is on his way to “the top of Europe”.

Singer Sahana Bajpaie, who has worked with director Srijit Mukherji in films like X=Prem and Ek Je Chhilo Raja, wished the filmmaker on his birthday.

Catch glimpses of Anupam Roy setting the stage on fire from his latest gig at Techno India college in Hooghly.

Behind-the-scene vlogs from Dev-Prosenjit-Ishaa Saha-starrer Kacher Manush are out on social media. Watch what Dev is up to during a shoot on a railway track.

Mimi Chakraborty keeps her fans hooked with some dhunuchi naach ahead of the release of her Durga Puja song on September 24.

Cream coord and a bold belt — Nusrat Jahan’s is giving us some major fashion inspiration.

Actor Riddhi Sen surely knows how to strum and sing.

Iman has found someone. Guess who?