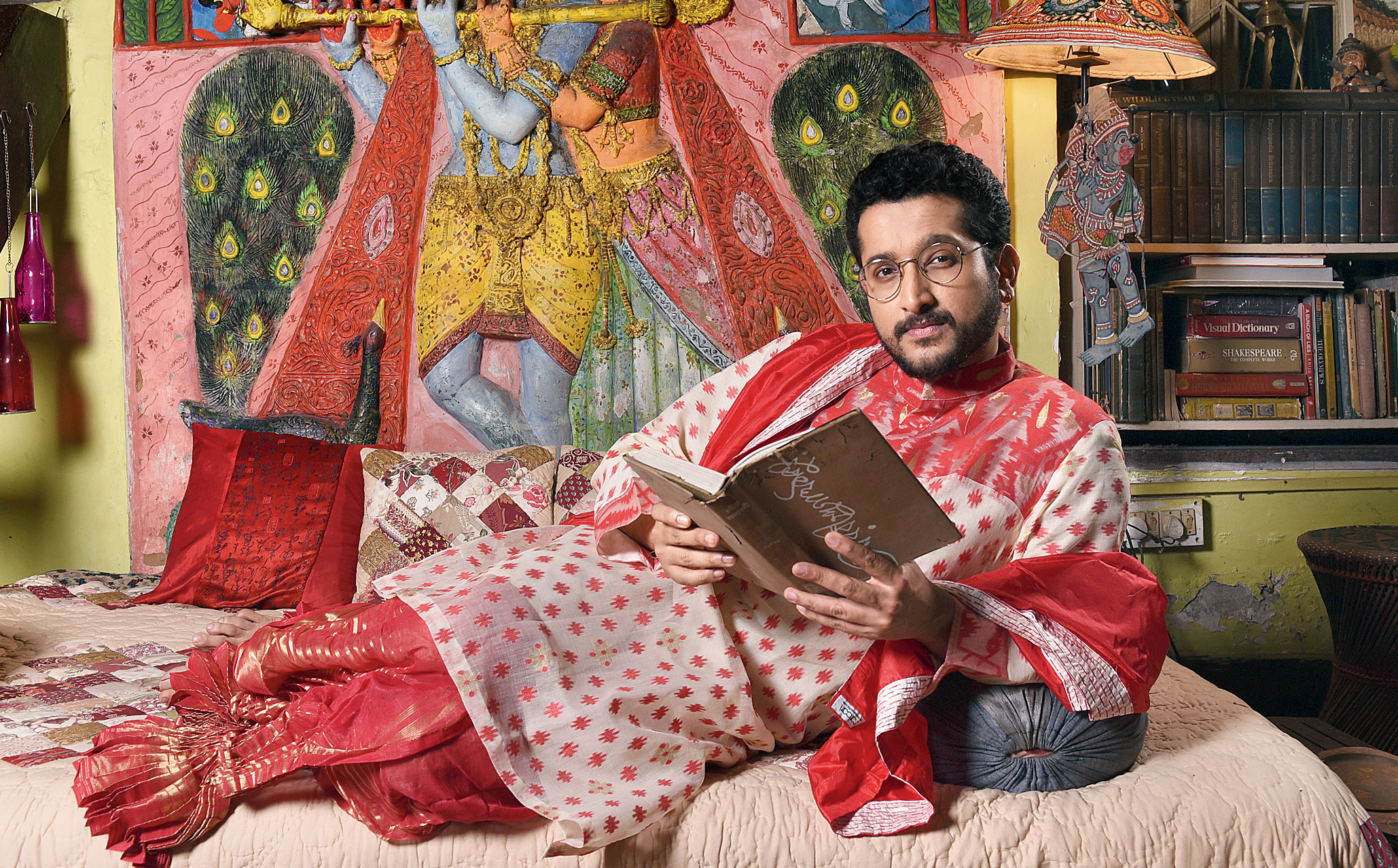 Parambrata Chattopadhyay, who plays Byomkesh Bakshi in the film Satyanweshi Byomkesh, looked charming in ethnicwear by Sharbari Studio, when we caught up with him for a chat post-shoot at the Broad Street residence-atelier of the Dattas — Amalin and Kanaklata. Excerpts...

Yes, I really like it. I feel very princely when I am wearing a dhoti. I feel confident of my identity. Bangaliana is very inclusive. It looks outward to feed its own Bangaliana. It matters to me to give prottek bhasha tar joggo shomman. Bengalis still happen to be that race in the country who speak the best quality English. The Bengalis had the most exposure to European literature… Calcutta was a city where European films got screened for the first time. I like wearing Bangali dhuti and panjabi.

What made you say yes to Satyanweshi Byomkesh?

I was offered Byomkesh once in 2014. I was also asked to direct it. But I was not the multitasker that I am today. I took a lot of time in deciding and it did not materialise. When it came to me this time, I did take two days to think about it. But looking at the strike rate of Byomkesh and the trajectory so far, I thought that I will give it a shot.

How did you approach the character that was already played by Abir Chatterjee, Jisshu Sengupta and Anirban Bhattacharya?

I look younger than all three, including Anirban who is younger to me. Keeping in mind that I was doing it, Anjanda (Dutt) positioned the story at a time — 1971 — that is a very restless time. He has written it keeping in mind my restless energy. This Byomkesh and Ajit are younger in spirit. The delivery is faster, the movements are faster, the reactions are quicker. Byomkesh has a sense of humour.

What were the preparations that went into playing Byomkesh?

I had to understand how I am different in terms of energy from my predecessors as far as Byomkesh is concerned. I realised that I am very different. I have tried to make Byomkesh my own.

A regal-looking Bhagalpur silk achkan with old Calcutta motifs has been teamed with a striped silk pyjama to give it a contemporary twist.
Picture: Pabitra Das

How are Byomkesh and Feluda different?

Feluda is very straightforward. He is more functional. Byomkesh is a lot more philosophical. He is almost like a philosopher himself. He is very unpredictable and he thinks 10 steps ahead. There are ample examples where Byomkesh does not take the criminal to the cops. He lets them suffer in their own angst. He is not a detective, he is a truth-seeker. He believes that not all crimes should be treated by the state. Some crimes should be left to redemption. That redemption can come in any possible manner. On many occasions Byomkesh leaves them to deal with their own selves… to let them have a look in the mirror. He leaves them with their guilt.

How is the film different treatment-wise? Is it classically made or an update?

It is 2.0 to some extent... the mejaj of the film is essentially very much that of a chamber drama. Anjanda’s Byomkesh films were essentially chamber dramas. It was more about playing on the psychology of the people involved as well as the audience… rather than being a spectacle of sorts. This one is also essentially a chamber drama. What is different here is the introduction of the main characters, the transition between the scenes, the shot-taking. There is a lot more movement in the film. The making is more dramatic. The craft is busier. The friendship quotient has worked really well between Byomkesh and Ajit. Ajit’s respect and love for Byomkesh as a friend comes through very nicely.

Byomkesh has to survive the test of time and keep returning to our pathetic lives, just to inspire us from time to time

Anirban Bhattacharya on his role and Puja plans