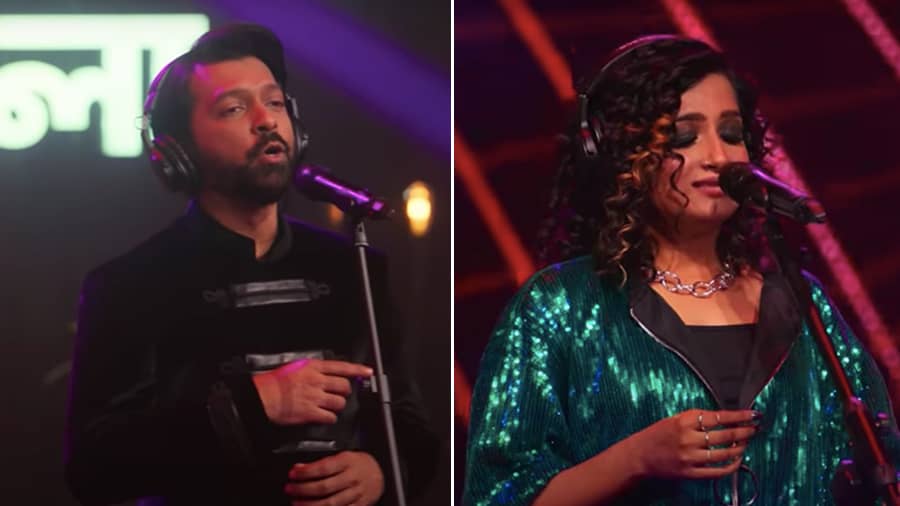 The foot-tapping number has Shayan Chowdhury Arnob on the keyboard. Shayan has also curated, produced, composed and arranged Dokhino Hawa.

Describing the song, Coke Studio Bangla shared: “#DokhinoHawa captures the magical pulse of first love. The whimsical arbitrariness that surrounds the rush of emotions felt at the beginning of any romantic relationship. The highs and lows of affection come with varying degrees of love, where the slightest lack of attention can create a change of mood, and like the flow of a breeze change directions from time to time.”

With the background vocals, keyboards, electric guitars, drums and trumpet harmoniously merging into one another, Dokhino Hawa becomes a song to play on loop.

Madhubanti, who predominantly does playback for Bengali and Malayalam films, started her career with Mainak Bhaumik’s 2013 film Ami Aar Amar Girlfriends. She has also sung for in Telugu, Tamil, Hindi and Kannada web series.