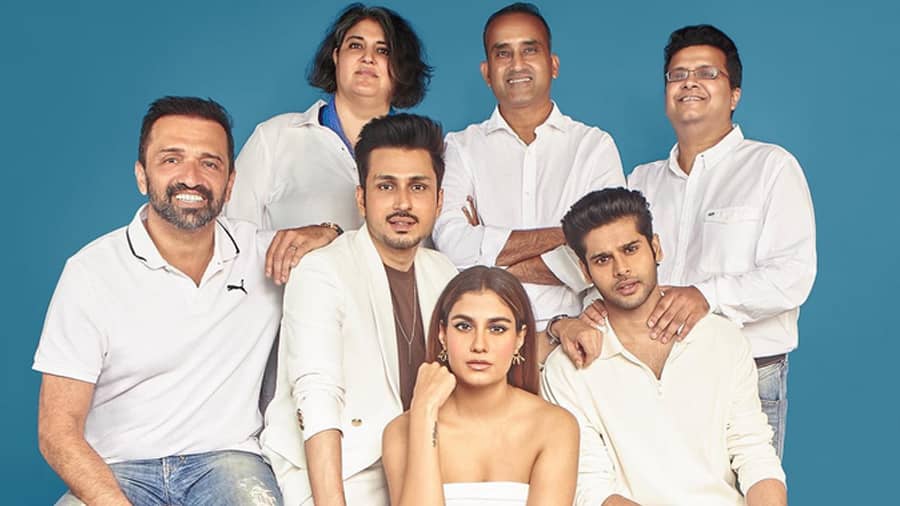 Described as a “laugh-caper”, the movie will be directed by Santosh Singh and produced by Ellipsis Entertainment.

Nausikhiye chronicles the story of two wedding crashers who accidentally steal a bride, triggering a zany cat-and-mouse chase across the countryside. It is written by Chirag Garg and Avinash Dwivedi.

“We aim to explore new and exciting genres to diversify our slate of content to provide our audience with a holistic entertainment experience. We're sure that this film, helmed by Santosh Singh and a stellar cast, is going to be a full-house entertainer and will be one of the many successful stories produced by the Lionsgate India Studios,” Jain said in a statement.

Tanuj Garg and Atul Kasbekar, managing partners at Ellipsis Entertainment, said their banner and Lionsgate India Studio's first association together is a popcorn fest by a young team of director, actors, and writers.

“This is our first out-and-out comedy, which promises to travel across geographies and age groups. We look forward to regaling the audience with a fun, unpretentious comedy, which is going to be a riot to shoot,” they said in a joint statement.

Parashar said he boarded the project soon after the narration of the script.

“This one's an absolute laugh riot. Comedy has been my favourite genre as an actor and viewer,” he said.

Dhanwanthary called the film her "homecoming".

"It's my third with Ellipsis. I'm super excited to be a part of this crazy comedy which had me in splits from the word go. You can't go wrong with universal entertainers, more so in these times. My audience will also get to see me in a new light unlike some of the roles I've essayed in recent times,” she added.