Kiara Advani on the journey from Lust Stories to Kabir Singh

‘I couldn’t have asked for a better year’: Kiara Advani 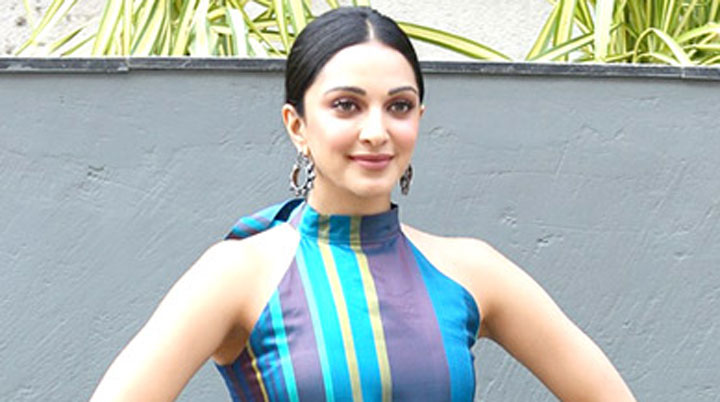 What’s the fun in having perfect and ideal people because people are not perfect and life isn’t perfect. Everyone is flawed and that’s reality. Kabir Singh is less about their ownership of each other, it’s more about them being soulmates: Kiara Advani
(Wikimedia Commons)
Karishma Upadhyay   |   Published 11.06.19, 01:12 PM

In the last one year, Kiara Advani has been on a signing spree. Her kitty currently includes two Dharma Productions films — Good News and Shershaah, Laxmmi Bomb with Akshay Kumar and Indoo Ki Jawani. But first, on June 21, there is Kabir Singh, a remake of the Telugu superhit Arjun Reddy, which marks Kiara’s first film with Shahid Kapoor.

Remind the 26-year-old that it’s been a year since her breakout role in Lust Stories and the actress doesn’t believe us. She looks towards her team asking for a confirmation. “Oh my god,” she exclaims when they nod. “That film was such a turning point for me. It got people to take me seriously as an actor and I think that’s the most important thing today. It was an opportunity, one of the best I had got up until then. The graph started going upwards from there,” Kiara says tucking her feet under her as we sit down to talk about the year that’s been.

Kiara Advani with Shahid Kapoor in Kabir Singh, releasing on June 21
(Still from the movie)

So what has the last one year been like?

I couldn’t have asked for a better year. I’ve been shooting round the clock. I’ve grown as an actor from Lust Stories. It took me out of my comfort zone in a way. I’m quite a prude, to be honest. I pushed the envelope for myself a little and now whatever else I’ve taken up are all challenging in their own sense. What it’s done is make me excited to try new things and to be confident enough to pull anything off. Given the right director and script, the characters don’t seem so difficult... good writing and a good character sketch helps.

There’s been so much happening for you in the last year vis-a-vis the previous four years... has it been overwhelming in any way?

There have been moments but they’ve been so fleeting. I don’t dare say I need a break because I’ve seen those days when you’re just waiting for something to happen and nobody’s responding to you. You almost start questioning yourself and whether you’re going to get more work. And today, when I’m flooded with work, I don’t want to look back because I’m valuing this time right now and want to give it my all.

The other day, during a promotion, my co-star told me I’m signing way too many films and I said it’s because it’s finally happening and I don’t want to miss out on them. He said I shouldn’t end up burning myself out but I think I have a good team who understands me and my personality and how much I can take and when I’ll really go hangry on them! (Laughs)

It’s tricky to get your head around sudden fame. Has that been easy, the pressures of looking good everywhere, being papped, finding new clothes or just finding yourself among people all the time?

I don’t take the pap culture so seriously. I’ve had friends at home and a flight to catch the next day and when I start figuring out what to wear to the airport, they’d all be laughing. I’ve actually made them sit with me and take out three outfits and get them to decide because the next day, it’s going to be on Viral Bhayani’s page. Initially, when it starts, we all want to look on top of our game, but now I’ve started repeating clothes because I’ve spent a lot of money on them. If I love a pair of jeans or track pants, I’ll wear them again... I don’t really care any more.

Let’s talk about Kabir Singh. Did you watch the original?

I watched the original much before I was signed on for this film and I absolutely loved it. I thought it was kind of an insane love story that I hadn’t seen in a while. And there were different characters, they were from a very different world to mine. Once I started watching it though, I completely got into it — somewhere the conviction of the director is what makes you believe it and feel that you’re right there. For me, it was one of those experiences.

The character that you play is very passive. How do you get under her skin?

Like I said, it’s someone who’s very different from who I am. I’m extremely extroverted and if I’m nervous I’m chatting even more than usual... very expressive. And Preeti is passive and simple. She’s also submissive to her man but that also comes from her upbringing. For her that’s normal, because she’s grown up in an atmosphere that’s very orthodox. She’s probably been told that she can only speak when she’s being spoken to, is completely under the shadow of her family and has seen her mom like that with her father.

It was exciting for me to play a character that’s so different from me and it’s challenging because it’s another headspace to get into. I had to forget Kiara’s thoughts and get into Preeti’s head and not judge her. I never judged her, and that’s why Sandeep Sir (Vanga, the director of Kabir Singh) could see me playing her. There are girls like that who exist and this isn’t a preachy movie that’s saying women are like this and men are like that. It’s just a story of two characters, flawed in their own ways, who fall in love. It’s universal because a love story is something we can all relate to in many ways... just the sheer passion of it.

The film celebrates a man who is very regressive, who thinks of his woman as being his property and then goes ahead and does what he wants. Was there ever a worry about putting this out into the mainstream?

I wouldn’t say ‘celebrate’ or ‘glorify’. I wouldn’t want to use these words because the film also tells you that he’s flawed. It doesn’t say it’s fine, because then we’d be glorifying his self-destruction as well. Without giving away too much of the story, what we’re saying is that it’s how you shouldn’t be. If you go through a break-up, it’s probably the most extreme case and this is a person who has anger issues. He’s dealing with his own problems and this is his journey and characterisation, but it’s not a happy scenario.

Leave aside what he goes through after the break-up, what about how he treats your character?

We’re saying this because we’ve seen the original. When you’re in love, why do you end up committing to each other? I won’t use words like ‘ownership’ and ‘authority’ because they’re too heavy, but you want to have a right on one another — you’re mine and I’m yours (takes a long pause). And I mean this in a light way of saying it.

I know this is a discussion that happened around the original film and there are two types of people — those who liked it and those who really didn’t. But I feel with Kabir Singh, this is a discussion that we should have after the film. And I’m sure everything won’t be perfect because it’s the same story but I’d like to believe it’s not trying to say that men or women should be a certain way... it’s about two characters and their lives. It’s not representative of all men or all women. What’s the fun in having perfect and ideal people because people are not perfect and life isn’t perfect. Everyone is flawed and that’s reality. The film is less about their ownership of each other, it’s more about them being soulmates.

Shahid has called you his favourite co-star.

Yeah, he is quite method where he has intense scenes. I’ve seen that and I know to stay away from him while he’s zoning into a process. When we had certain scenes that are heavy, we’d get straight into action and then communicate during the take. But he’s an amazing actor — he has the experience, he’s given us films like Udta Punjab and Haider. Those are stellar performances and I truly feel Kabir is one of his best. He’s put his heart and soul into the film.

How insane is that?!

(Laughs) It been very insane for my parents. They were like, ‘Are you choosing your own name?’ I wanted to have my own identity and it was a decision I made the minute I signed my first film. It was a very obvious decision because there have never been two actors of the same name at the same time. It just gets confusing for the audience as well.

What made you pick Kiara?

How Kiara happened is a very funny story and I’ll give all credit to Priyanka Chopra. I remember watching a film of hers (Anjaana Anjaani) where her name was Kiara and I just love the way she pronounced the name in the film. I thought it was such a beautiful name and thought if I ever have a daughter, I’d call her Kiara. But it turned out that I needed it before my daughter! (Laughs)

Does Alia Bhatt know all this?

I’ve met her before when I was called Alia, we’ve bumped into each other somewhere. So yeah, she knows. It’s Kiara Alia Advani, and Alia will always be my middle name.